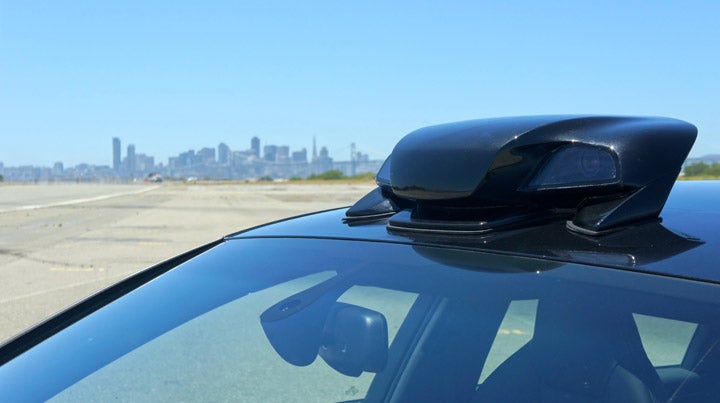 Self-driving and autonomous cars are being tested by tech companies like Google and auto manufacturers like Audi, and almost every new car on the market has some kind of driver-assist systems. Now Cruise Automation promises to bring that bleeding-edge tech to your very own car (as long as that car is an Audi A4 or S4 in California, so far) with its RP-1 “highway autopilot.”

Rather than using the sensors that may be built into your car, the Cruise RP-1 is a pod of cameras, radar, and actuators that is mounted on the roof just above the windshield. It’s connected to a computer in the trunk and a button installed on the dashboard. When you’re ready for the RP-1 to take over on the highway, just push that button. It will engage adaptive cruise control, automatic braking, and lane keeping systems.

Like the built-in driver assist technologies available in new cars on the market, the RP-1 is not fully autonomous. You can’t text or take a nap while it’s engaged. It can ease the burden of a long road trip, but you still need to pay attention while the sensors do most of the work. If the system detects an oddity – someone cuts you off or there’s snow covering the lane markers – the RP-1 will alert you to take over.

Interestingly, there’s also an app for the RP-1 to show you speed, direction, and lane markers. One would think you could monitor these things the old-fashioned way, with your eyes and the windows of your car.

The first 50 RP-1 systems have already been spoken for at $10,000 each, though there is a waiting list for anyone interested in being a slightly-less-early adopter.