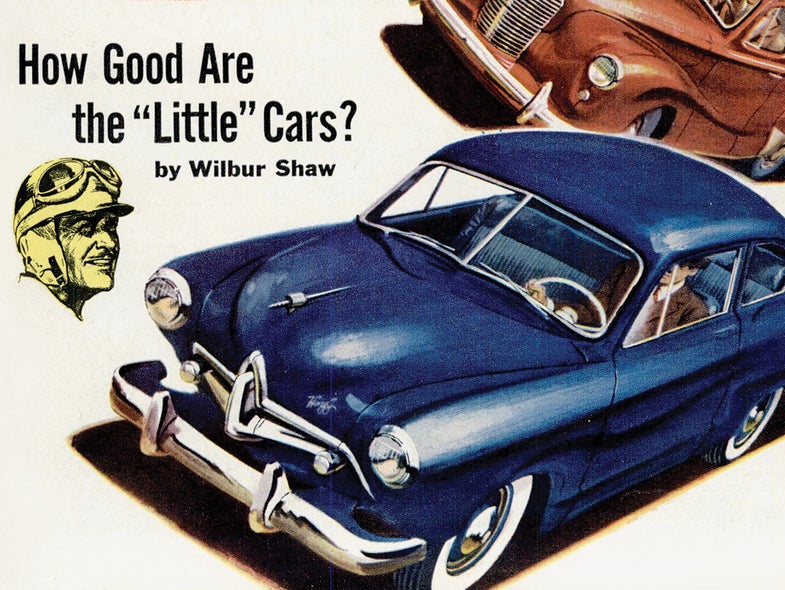 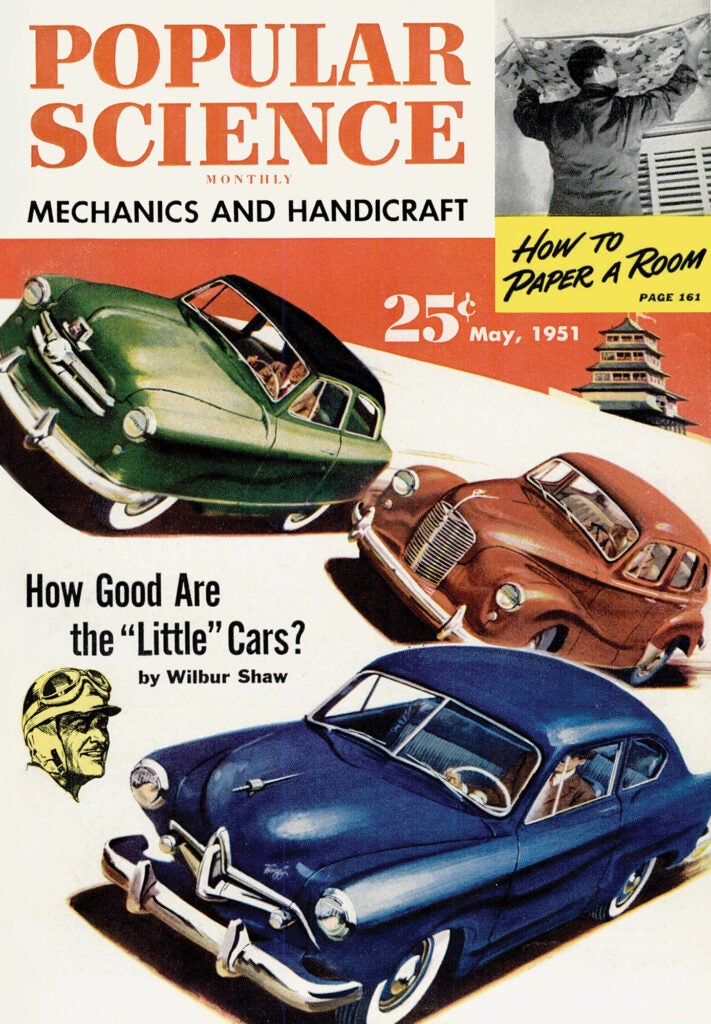 In May 1951, racecar driver Wilbur Shaw tested a batch of cars that—in contrast to the veritable barges trendy at the time—were billed as “little.” They were cheap to purchase and drive. “You get what you pay for, and no more,” was Shaw’s assessment of the Henry J (in blue), which cost $1,360—about $12,500 in today’s dollars. It lacked such amenities as a trunk door (penny-pinching owners would need to fold down the rear seats to retrieve their luggage). The pioneering compact car didn’t sell, and Kaiser-Frazier manufactured it for only a few years. Though smaller cars did start finding favor in the 1970s, few of today’s models are so light: At 2,300 pounds, the Henry J weighed about as much as a Fiat 500. But with U.S. fuel-efficiency requirements rising to 54.5 miles per gallon in 2025 (from 34.1 today), cars need to get lighter again, and quickly. Carbon fiber and 3D printing might help automakers get there.

The postwar years saw a jump in the magazine’s auto coverage, a trend that lasted decades. From 1950 to 1980—when high-tech items such as computers start to appear—nearly every issue ran articles on cars, and many covers featured images of autos and their attendant tech.

Wilbur Shaw, The Race Champion Who Tested Our Vehicles 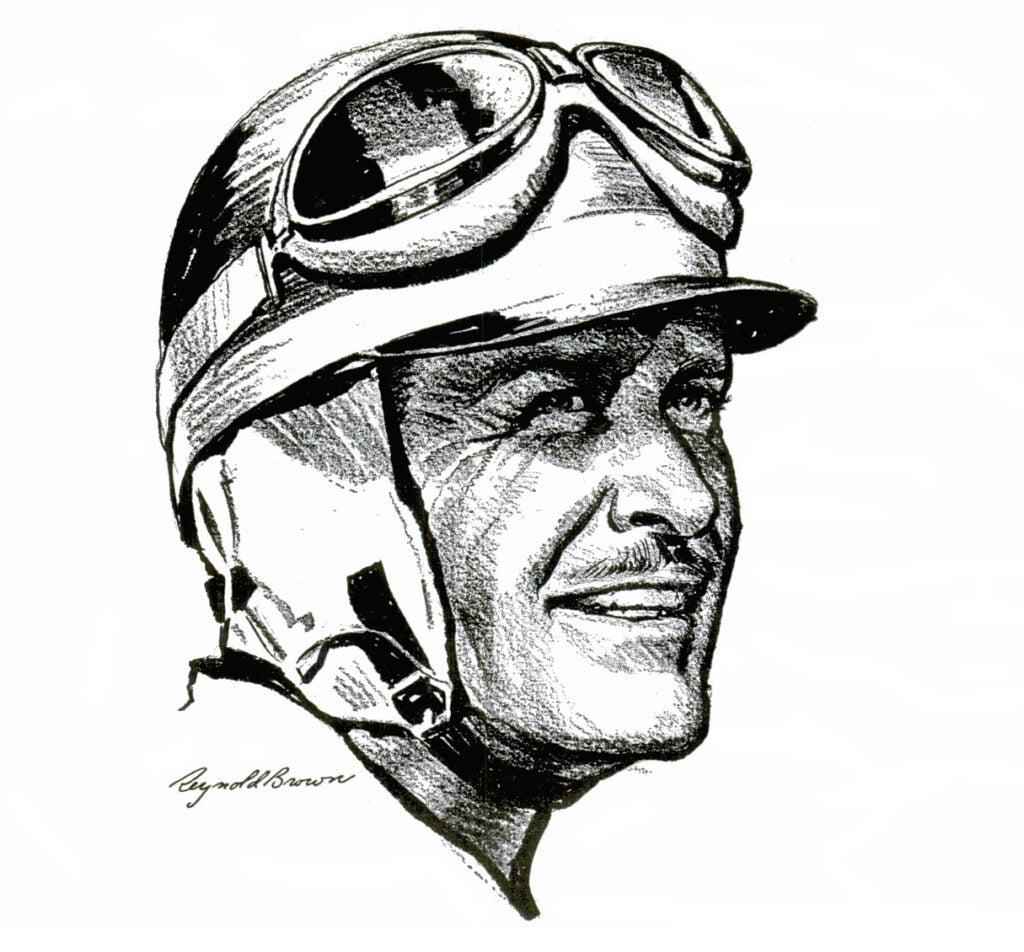 In August 1950, Popular Science debuted a new column: consumer cars, reviewed by the auto-racing champion Wilbur Shaw. Shaw won the Indianapolis 500 three times and became president of the organization after he saved the race from cancellation in 1946. He used the speedway to test cars for his reviews. The column ended abruptly when a plane crash killed Shaw in October 1954. He had been flying home from Detroit, where he was driving a new Chrysler luxury car for Popular Science.

This article was originally published in the November 2015 issue of Popular Science, under the title “Efficient Autos Hit the Road.”