The nation is focusing its research and development on tech that moves faster than the speed of sound. 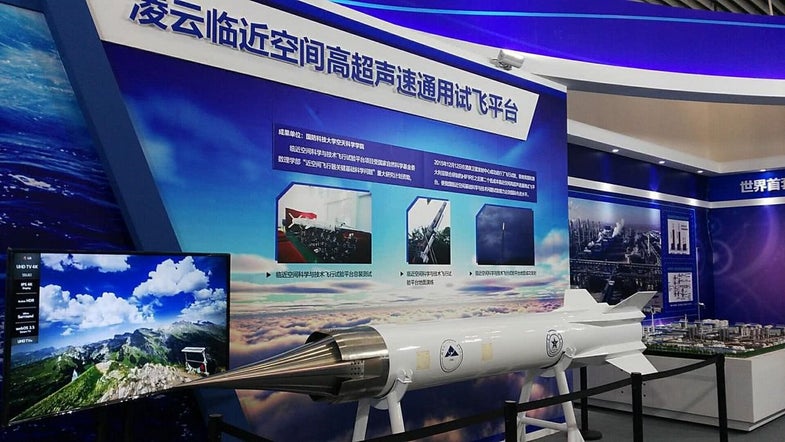 NUDT aims to develop the Ling Yun scramjet as a mass produced research platform for hypersonic flight in the stratosphere, in addition to any military applications. NUDT
SHARE

The Tengyun spaceplane, first flight scheduled around 2020, will benefit from Chinese research into high-strength fuselage materials, as well as increased research into scramjet technologies.

As President Trump tries to garner enthusiasm for an undefined U.S. “Space Force”, China has been making steady progress in its own space and military operations, including advances in 3D printing, energy storage, scramjet test platforms, and intercontinental ballistic missiles (ICBMs) 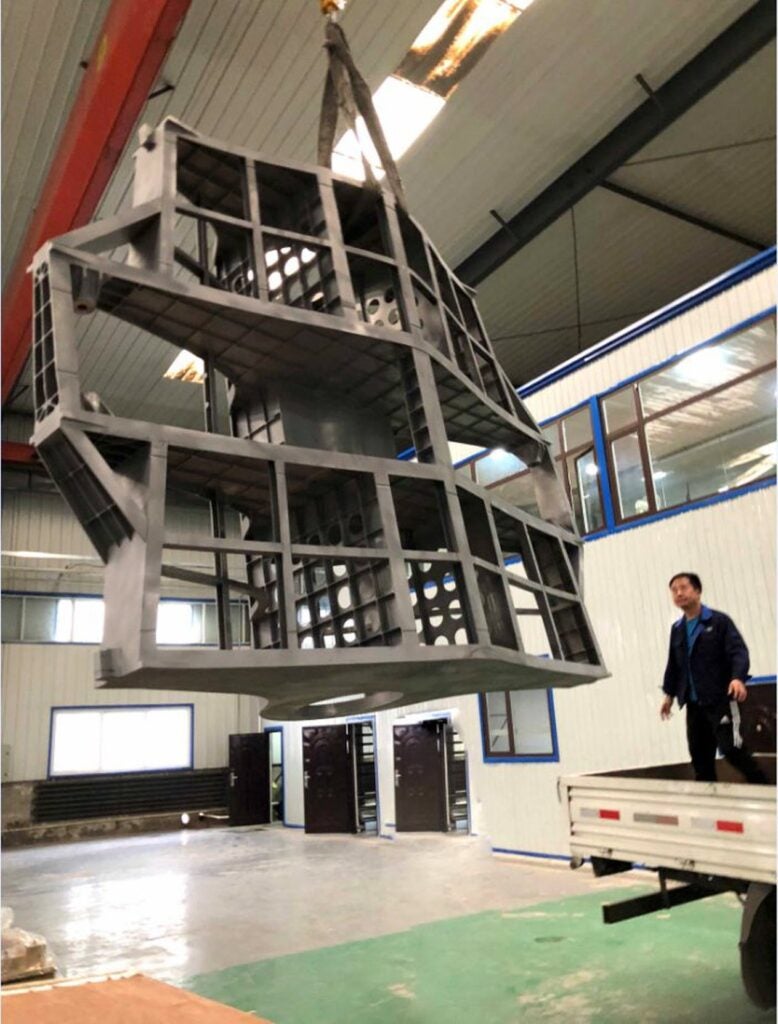 TSC Beijing, one of the world leaders in 3D printed metal aviation parts, has achieved significant time and cost savings by 3D printing this titanium center fuselage box for a “high-speed” Chinese drone.

TSC Beijing, a Chinese titanium manufacturer, successfully 3D printed a titanium fuselage central box for its high-speed aircraft, which cuts production time from two years down to just six months. TSC used the 3D laser printer TSC-S4510 (one of the world’s largest 3D printers) to print the fuselage, within an error tolerance of less than 0.5mm. The intended aircraft was identified only as a “high-speed” (read: hypersonic) aircraft. Given its narrow wing roots, and 23-foot total length, it is likely a hypersonic UAV. 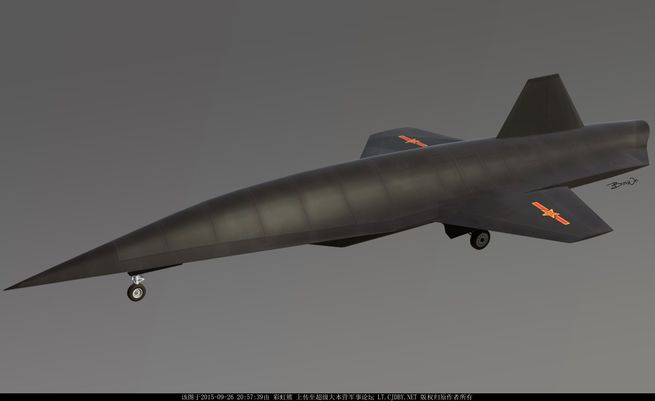 This high-speed Chinese drone, which reportedly first flew in September 2015 is launched from an H-6 carrier aircraft, the drone fired up its combined cycle turbo-ramjet engine to accelerate from subsonic to high-supersonic speeds. Tentatively identified as the WZ-8, it could be equipped with a scramjet to test combined cycle hypersonic engines.

One likely candidate for the titanium airframe is a single engine, high-supersonic UAV with narrow wings and a needle-like airframe. Possibly designated the WZ-8, it is believed to be an air-launched UAV used to test high-speed propulsion technologies, such as a turbine ramjet combined cycle engine. TSC Beijing’s rapidly printed 3D components have an impact beyond any one system—they could allow China to field more test UAVs soon, speeding up next-generation hypersonic technologies. 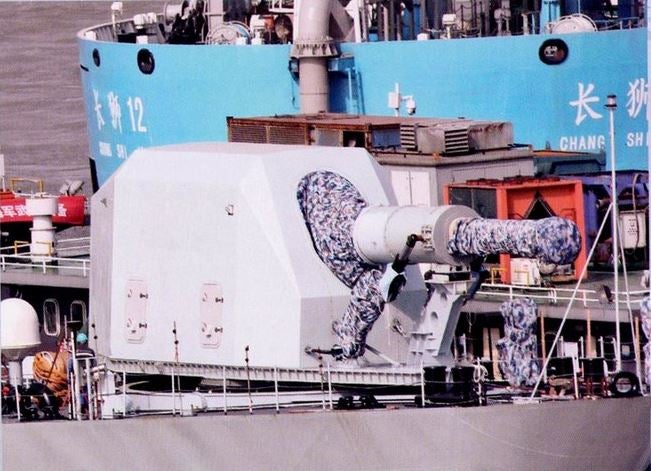 The Global Times reported that the Academy of Aerospace Solid Propulsion Technology, part of aerospace giant CASC, has delivered advanced Direct Current (DC) electric motors for use in an ‘electromagnetic weapons system.’ The DC motors are designed to operate in environments with heavy shock and recoil, and intense magnetic fields. This suggests the weapons system is a railgun, which uses electromagnetic force to shoot shells at speeds above Mach 6. Once operational, Chinese railguns could be used for anti-ship, long-range artillery bombardment and air/missile defense missions. 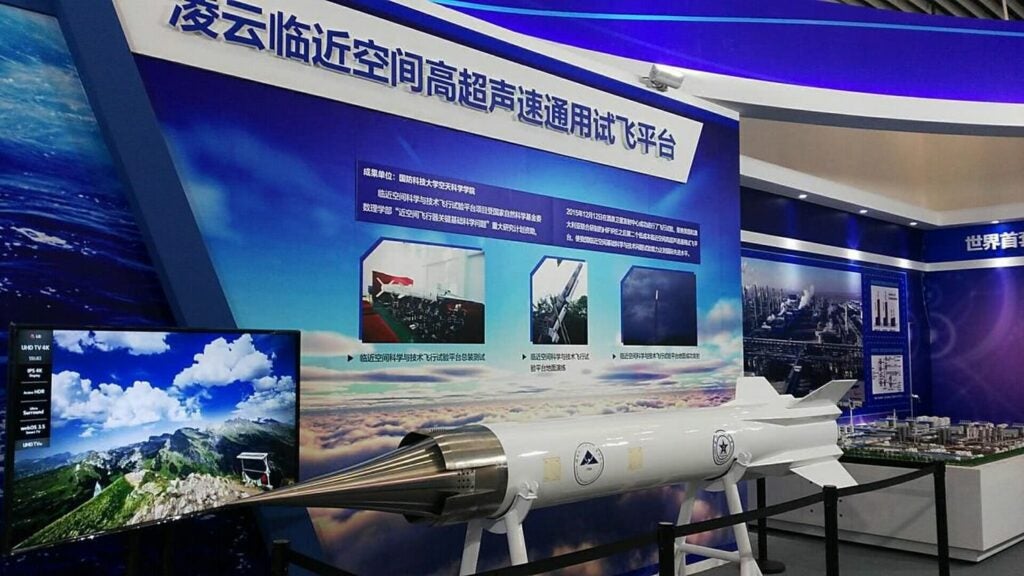 NUDT aims to develop the Ling Yun scramjet as a mass produced research platform for hypersonic flight in the stratosphere, in addition to any military applications.

In May, the National Defense University of Technology (NUDT) showed off the Ling Yun, a Mach 6+, two stage scramjet testbed. NUDT hopes that the Ling Yun’s relative simplicity and reliability will make it a mass-produced platform for refining new hypersonic technologies such as thermal resistant components for communications systems, or for collecting atmospheric data in the near space. The Ling Yun’s ease of production could provide the basis for scramjet cruise missiles used to swarm enemy ships and air defenses. 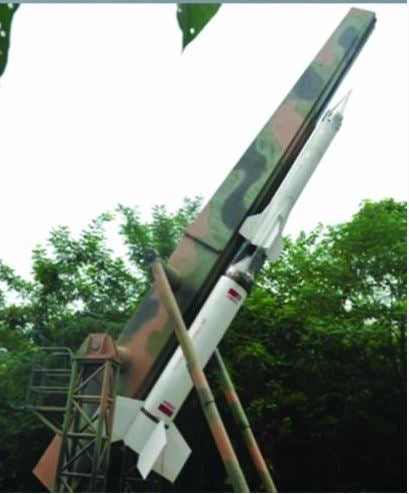 Hypersonics for the Masses

The Ling Yun first flew in December 2015; it is likely that Chinese military engineers are taking a keen interest in using its scramjet engine for direction weapons applications.

Other possibilities open up if Ling Yun’s scramjet engine can scale down to a 6- to 8-inch diameter. This would open up the potential of hypersonic shells for China’s cannons that could fire hundreds of miles (the U.S. Army is also at work on such a system, targeting completion in 2023). A scramjet cannon would be cheaper and more mobile than a railgun, since it wouldn’t need to lug around massive systems for power generation and storage. Scramjet cannons would be cheaper than ballistic missiles, not to mention being harder to defend against due to smaller sensor profiles and higher rates of fire.

Finally, the DF-41 intercontinental ballistic missile (ICBM) conducted its tenth test flight on May 27, 2018. The DF-41 is a mobile, 13,000-15,000km range ICBM with a multiple warhead payload of 1.5-2 tons. The DF-41’s massive payload and Mach 25 top speed gives it enough performance to launch other systems, like a hypersonic glide vehicle with global reach (a Chinese response to the infamous Russian ICBM, Avangard) or more exotically, a multistage booster for long-range scramjet cruise missiles.