Reconnaissance and strike capabilities of aircrafts with these engines could upend air combat and strategies around the world.

The Tengyun, which has a rocket/TRCC-powered first stage hypersonic plane, launches a reusable second-stage rocket spaceplane from the stratosphere. CCTV
SHARE 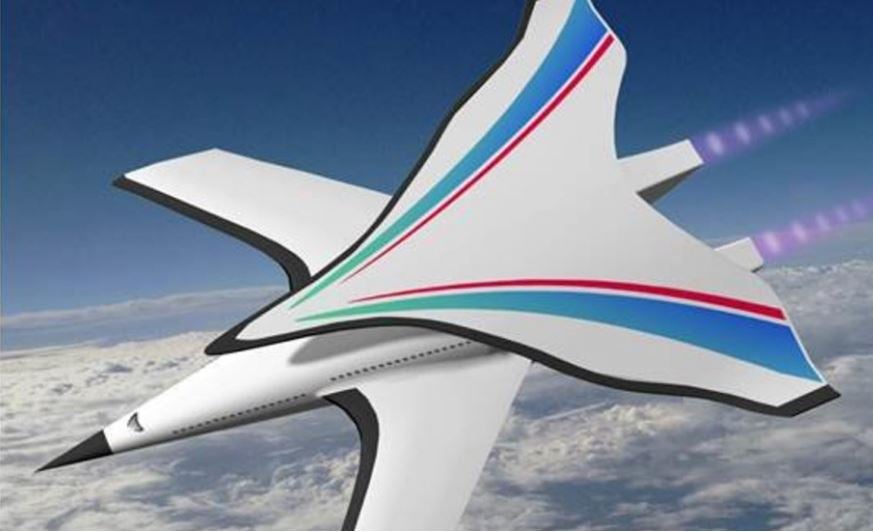 The hypersonic I Plane has a unique biplane configuration to increase its payload and reduce drag.

The Institute of Mechanics at the Chinese Academy of Sciences is building a factory for the commercial production of hypersonic engines, a game-changing technology with both military and civilian applications.

The institute’s scramjet lead scientist, Fan Xuejun, told the South China Morning Post that the factory in Hefei, Anhui Province, would make a wide range of hypersonic engines, and that the state-owned enterprise in charge of the operation will be eventually open up to private investors.

So what is a scramjet? It’s an air-breathing jet engine that lets air flow through faster than the speed of sound. This allows the aircraft to reach hypersonic speeds (Mach 5+) that traditional ramjets, whose forward motion compresses the airflow to subsonic speeds, cannot.

The scramjets built in the Hefei factory will likely be part of a Turbo Rocket Combined Cycle (TRCC) engine, which uses (1) a turbofan jet engine for subsonic and low supersonic speeds, (2) a ramjet engine to transition into scramjet mode, and (3) a rocket engine for the highest speed. A TRCC engine would allow for reusable hypersonic aircraft, which would lower operating costs.

The WS-10A, which powers the J-11 heavy fighters, is China’s first operational low-bypass, afterburning turbofan engine. It can be distinguished from the AL-31 by the triangular petals on its rear interior, which help manipulate exhaust flow.

As plans are already being drawn for the factory construction, it is likely that the first TRCC engine will use an operational Chinese turbofan, either the WS-10 or WS-118.

The WS-10 engine, which has a maximum thrust of around 13 tons, is used by the J-11 and J-16 fighters. The WS-118, a copy of the Soviet D-30 engine, could be modified with an afterburner to achieve supersonic performance. As Chinese engine technology improves, the supercruise-capable WS-15, which has supersonic performance without fuel-thirsty afterburners, could be the springboard for future TRCC engines.

It’s unclear when exactly Hefei will start churning out hypersonic engines. What is clear: TRCC scramjet engines would be a boon for the Chinese military. This tech makes the production of long-range hypersonic aircraft—the kind that can fly in near-space and outrun and outmaneuver existing air defenses—much more feasible. It wouldn’t be an exaggeration to say that reconnaissance and strike capabilities of such aircrafts, if built, would upend air combat and strategic doctrine around the world.

The Tengyun, which has a rocket/TRCC-powered first stage hypersonic plane, launches a reusable second-stage rocket spaceplane from the stratosphere.

On the civilian front, the production of hypersonic aircraft would redefine the reusable space launch market. These engines could pave the way for reusable aircraft to cheaply launch satellites and people into space. Initially, the hypersonic engines would likely power the first stage of Chinese dual-stage-to-orbit (DSTO) spaceplanes that reach hypersonic speed to launch a secondary rocket to orbit. The Tengyun, built by the Chinese Aerospace Science and Industry Corporation (CASIC) is one such planned Chinese DSTO system. The Chinese Aerospace Science and Technology Company (CASC) has plans for a single-stage-to-orbit (SSTO) spaceplane to start flight after 2030, with powerful enough rocket engines to fly the entire aircraft straight to orbit.