The first crash dummy modeled after women is here

Since the 1970's, dummies resembled only men, but a new design offers much needed physiological diversity to safety tests. 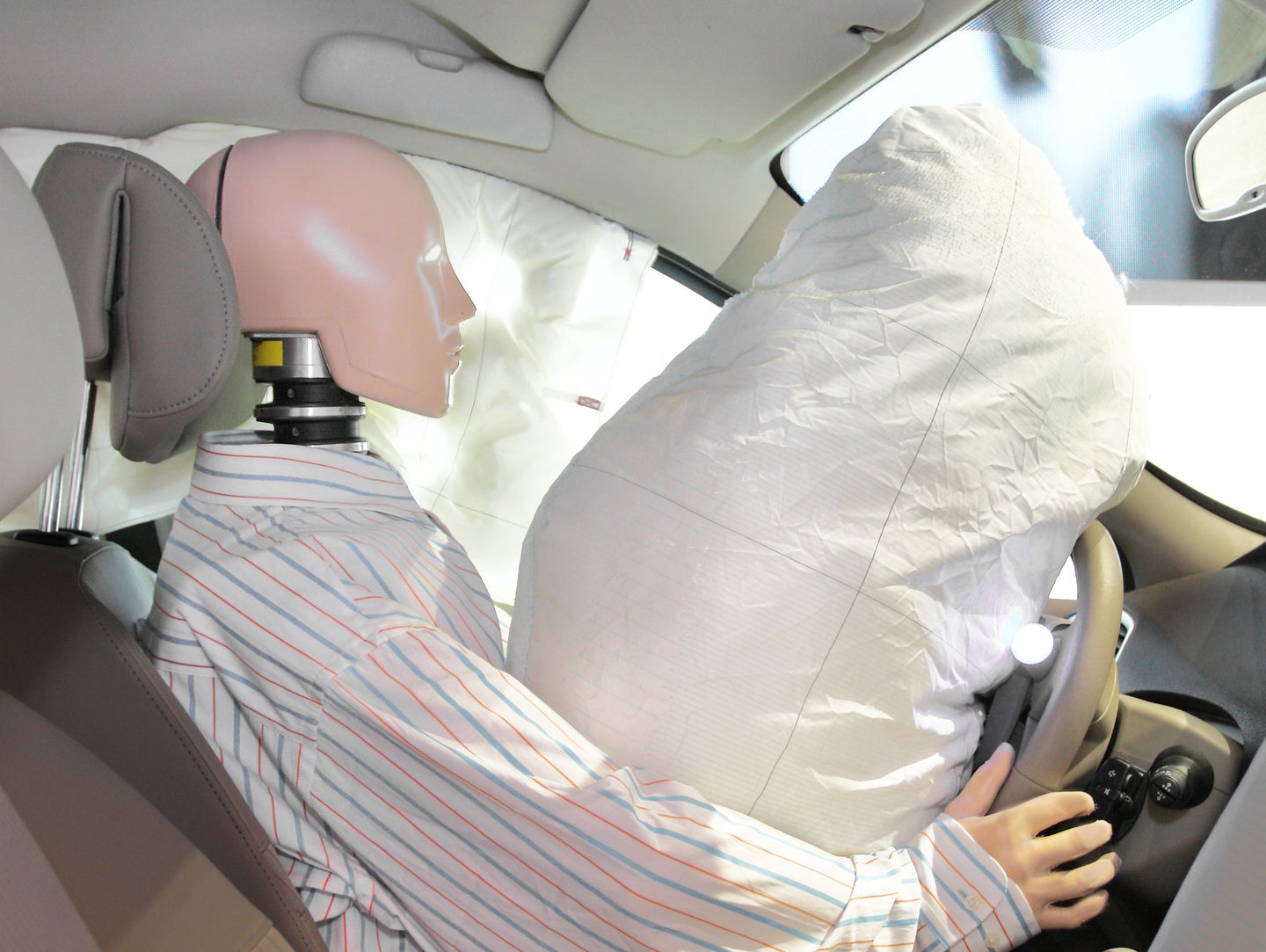 Imagine the typical crash test dummy in your head. What does it look like, exactly? Does it have that creepy blank face? The little yellow and black circles? Is it a “man” or a “woman” dummy?

The faces and the circles may vary ever so slightly, but in reality, there has always been one constant—crash test dummies have always been modeled after “typical” male physiques. That isn’t to say that women, children, and infant dummies don’t exist, but check out the existing models offered by the National Highway Traffic Safety Administration (NHTSA). At 4’11” and 108 lbs, the only used female dummy fits its label of “5th Percentile Adult Female”, but there are no 50th percentile women dummies. There are, however, two male versions in that category. The children and infant varieties are similarly disproportioned, all thanks to the fact that they are essentially scaled down male models.

The ramifications are vast and troubling after over 50 years’ worth of testing transportation options solely on male crash test dummies, but as NPR recently explored, a team of Swedish researchers are hoping to shift the culture and improve safety thanks to their first dummy prototype modeled on actual women’s physiological traits. While it largely looks the same as existing dummies, its proportions, weight, height, and size far more accurately resemble women’s bodies than simply shrinking its male counterparts.

Aside from geometrical differences between male and female torsos, joint stiffnesses, and muscle mass, research team lead, Astrid Linder, explained in their interview with NPR yesterday that the most noticeable difference stems from whiplash injuries during low-severity crashes. “[W]e know since the late ’60s that females have a higher risk of these injuries than men, but we also know from higher-severity crashes that females have a higher risk of severe injuries as drivers in frontal impacts,” Linder says.

Linder’s team has already found some striking ramifications in their own prototype tests, particularly when it comes to how vehicles’ seats are designed to favor male over female physiologies. This can almost certainly be chalked up to the grim fact that regulatory boards literally say vehicle makers only need to test their products on average male models, “full stop,” explains Linder.

But with innovative, long-overdue work thanks to researchers like Linder, hopefully transportation safety guidelines can become more equitable and effective as soon as possible. Then we just have to work on all the other areas of life where this kind of inherent sexism arises.