COP26 had a devoted 'gender day,' but women are still underrepresented in climate policy discussions. 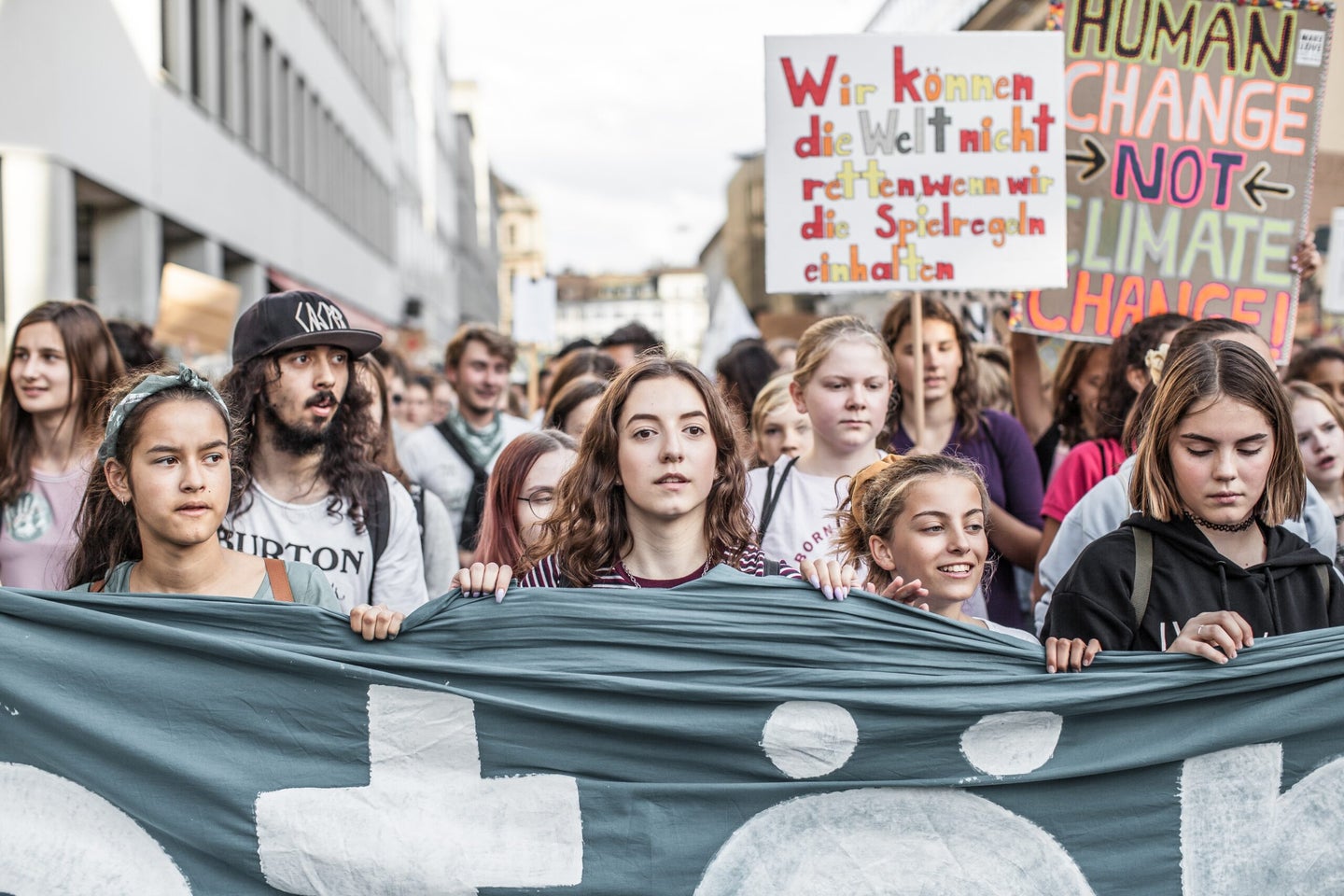 Young women lead the way on environmental advocacy and protesting. Where are they at the policy discussion level?. Tom Seger on Unsplash
SHARE

The climate change conference COP26 which ended last week tackled a number of issues that intersect with addressing the climate crisis—including a full day dedicated to gender issues.

“Today is gender day because gender and climate are profoundly intertwined. The impact of climate change [affects] women and girls disproportionately,” Alok Sharma, the COP26 President said during an empowerment speech.

Women and girls are more likely to be exposed to climate issues for a variety of causes. One being that women are a large portion of the world’s agricultural workforce despite owning less than half of the world’s land. Erratic weather is going to push vulnerable communities away from their longtime homes, which will mean more internal displacement, and refugees seeking shelter outside of their home countries leading to higher instances of violence against women. This could further disrupt the ability for women and girls to have access to a formal education, a UN report highlighted, meaning less opportunities for financial stability down the line.

On top of being more likely to suffer from climate change-induced issues, globally women are often kept out of the discussion on how to solve the dilemma and prepare for a changing world. Women are also less likely to be formally educated and therefore less likely to be literate around the world, which is another barrier to entry for becoming politicians or policy leaders for climate.

“In Africa, female illiteracy rates were over 55 per cent in 2000, compared to 41 per cent for men.” the authors of the UN report explained.  “When coupled with inaccessibility to resources and decision-making processes, limited mobility places women where they are disproportionately affected by climate change.”

These disparities aren’t only in the global south. In wealthier nations like the United States, women may not be as dependent on agriculture as women in the global south are, but women still make up more than half of those living in poverty. This means higher exposure to pollutants and other forms of environmental inequality and racism. And though air quality has improved throughout the country for several decades, bad air quality persists in lower income areas. Almost 15 percent of poorer children struggle with asthma compared to about 6 percent of children from higher income families, the New York Times reported. Public health crises, especially those associated with pollution and environmental discrimination can increase the chance of disrupted work and educational opportunities.

Despite the day dedicated to women and girls at COP, the inside of the conference and discussions often looked very different to the outside, the New York Times reported. Young women from around the world attended the conference—but were more likely to be heard in the rallies and protests outside than at the big discussion tables.

According to CNET, men made up a little more than half of the government delegates at climate talks and spoke for more than 70 percent of the time. Young activists, such as Txai Surui, felt that they were present for optics, but not for moving policy forward.

“It was great to be able to have a speech during the opening, but I don’t want to just be here making speeches,” Surui, an Indigenous activist from Rondônia in Brazil told CNET. “I want to be able to be part of the negotiations and decisions, and this is not happening here.”

Rachel Stevens, the staff attorney of the Environmental Justice Clinic at Vermont Law School, says many environmental justice groups are  run or boosted by the efforts of women– so many of the young leaders organizing rallies and events for environmental issues are often young women. But this leadership rarely makes it to the policy decision stage.

“There’s a small group of people that are making these policy decisions, and they’re mostly men … white men,” she says to PopSci. “[COP26] is just a representation of what some of the broader problems are when we don’t have everyone at the table.”

Stevens notes that addressing the intersection of climate and gender issues will have to include making sure that poorer communities and poorer countries are assisted in hopes that as many citizens as possible can have their immediate needs met. If more people are stable, it could ensure that more people would be available to join in on the effort needed to mitigate the climate crisis. This would include helping poorer countries expand universities and the ability to manufacture sustainable products. The increased cash flow, educational opportunities, and jobs could help vulnerable women.

Addressing the intersectionality of solutions for better gender rights and climate justice around the world means that world leaders need to be intentional with their solutions, Steven says. Gender shouldn’t be an afterthought when creating regulations and laws that address the crux of a better quality of life for women, and a more sustainable world.

“I don’t think we’re going to have meaningful climate policies if we leave people behind,” Stevens says, ”especially women.”