The coolest car screens and displays from CES

A fancy head-up system from Panasonic, a sprawling digital layout from Mercedes-Benz, and more. 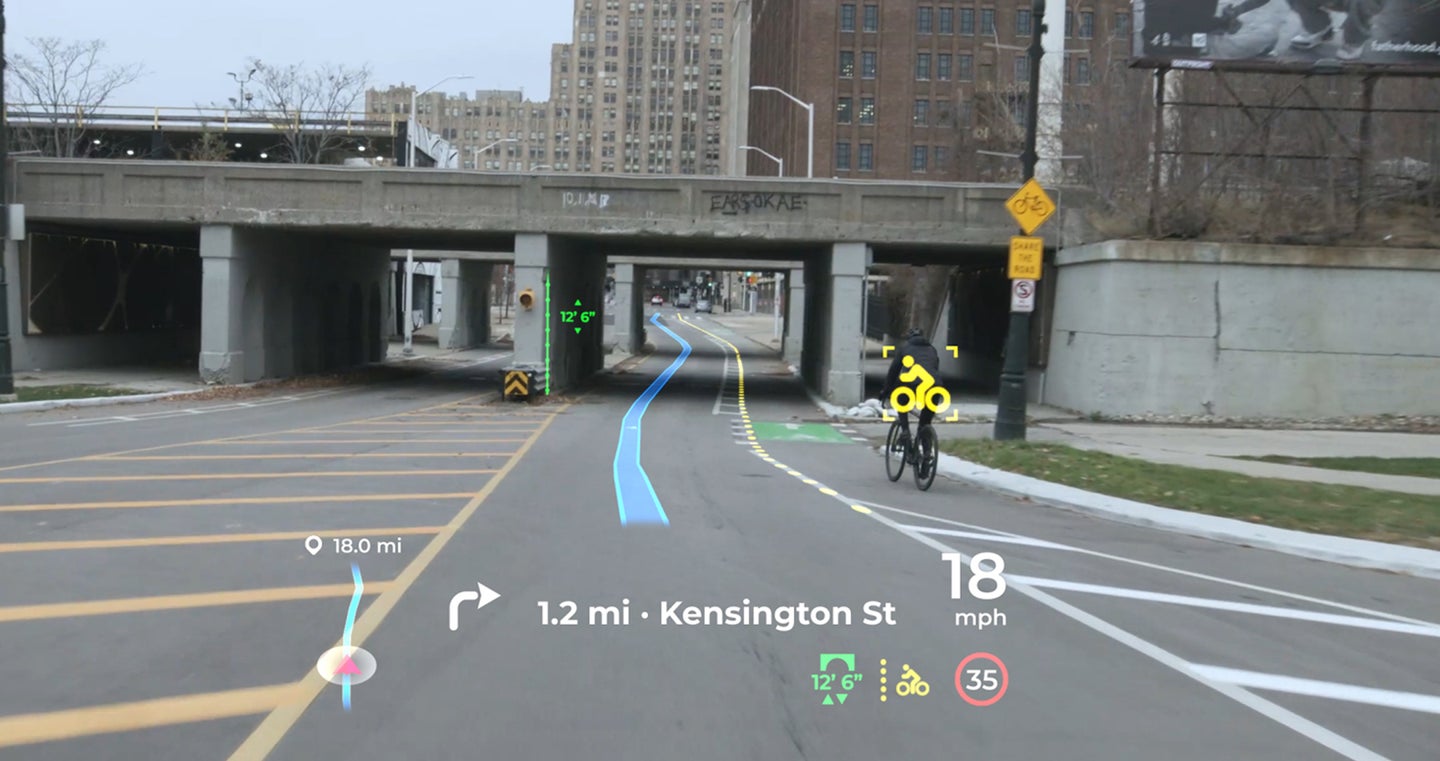 A head-up display that shows information like speed in the near view, and augmented-reality data superimposed over real-world features in the far view. Panasonic
SHARE

Glancing down at an analog gauge in your vehicle to see if you’re pushing the speed limit, or need to find a gas station, is a reliable method for finding the information you need while driving. But of course, in-vehicle screens have also been doing that job in cars for a while now, from small infotainment displays to massive touchscreens like you’ll find in a Tesla. Some vehicles even offer a head-up display that can present the information you need near your eye level on the windshield in augmented reality.

This year’s all-virtual CES allowed car makers and other firms to tout their big, fancy in-car display tech. Here’s what we saw from a few key companies.

Whether it’s in a fighter jet or a car, a head-up display has pretty clear purpose: to superimpose key information in line with the operator’s view of the world, so ideally they don’t have to look down to see what they need to know.

Panasonic is touting its version of a HUD, and it incorporates metrics like speed along with augmented reality features that highlight objects in the real world. The company has broken that down into “near field” and “far field” information, with the former showing data like your fuel level, and the latter incorporating that AR aspect. For example, a yellow bicycle icon may be overlaid on a real cyclist to help you notice them, while a digital green arrow could reveal the height of an upcoming overpass. And ideally, everything should be lined up nicely with the driver’s field of view, thanks to an eye-tracking feature.

“Our AR HUD has a larger image size, and longer virtual image distance, which can add depth that makes the graphic appear to be floating in the real world,” Sachiko Kobayashi, a UX designer with Panasonic Automotive Systems, said in a video discussing the tech, which also incorporates artificial intelligence.

As with any assistive technology designed to make a driver’s job easier, the proof will be in whether it feels like it makes the process safer and smoother, or simply creates more distractions to manage.

Mercedes is showing off a giant curvy display—it spans more than 56 inches across—and it even incorporates two air vents. It shows all the types of information you can imagine would be on a vehicle’s dashboard area, like speed, navigation, and entertainment.

Continuing with the artificial intelligence theme, the automaker says that the display can use machine learning to try to anticipate what the driver wants, based on pattern recognition. For example, it could learn that you always call the same person at the same time, and then proactively give you that option by displaying their contact info. Likewise, it could learn that you like using the heated steering wheel at the same time as the heated seats. “The MBUX Hyperscreen continually gets to know the customer better and delivers a tailored, personalized infotainment and operating offerings without the occupant needing to click or scroll anywhere,” Sajjad Khan, the CTO of Mercedes-Benz, said in a statement.

The giant display, at 377 square inches, even includes a dozen haptic feedback actuators, meaning that the screen (it’s actually three screens underneath the glass) will vibrate in response to touch.

It will even illustrate the G forces the driver is experiencing by showing a moving “flying saucer” graphic, which is how Vera Schmidt, the head of Mercedes-Benz Advanced Digital Design, described the feature in a video.

Finally, Samsung has continued to envision what a very fancy “digital cockpit” for the car could look like, and part of the answer is: more big screens. A 49-inch display would sit in front of the driver in a look-down-while-driving configuration, but could be raised upwards to be front and center for other jobs when the car is safely parked somewhere (we hope). That way, you could conduct a video conference from the huge screen in your car, maintaining that “I never stop working and I have a constant headache” feeling. Or, you could play video games.

In the backseat, another large screen would pop out, and rotate from vertical to horizontal, for the kids back there to stare at. Finally, the system would also keep tabs on the health of the passengers on board, and could tweak the vehicle’s onboard systems, like the lights, to try to help them chill out, Samsung says.