How engineers taught a manta ray-inspired robot the butterfly stroke

The engineers behind it claim this design allows the robot to be lighter, faster, and more energy efficient. 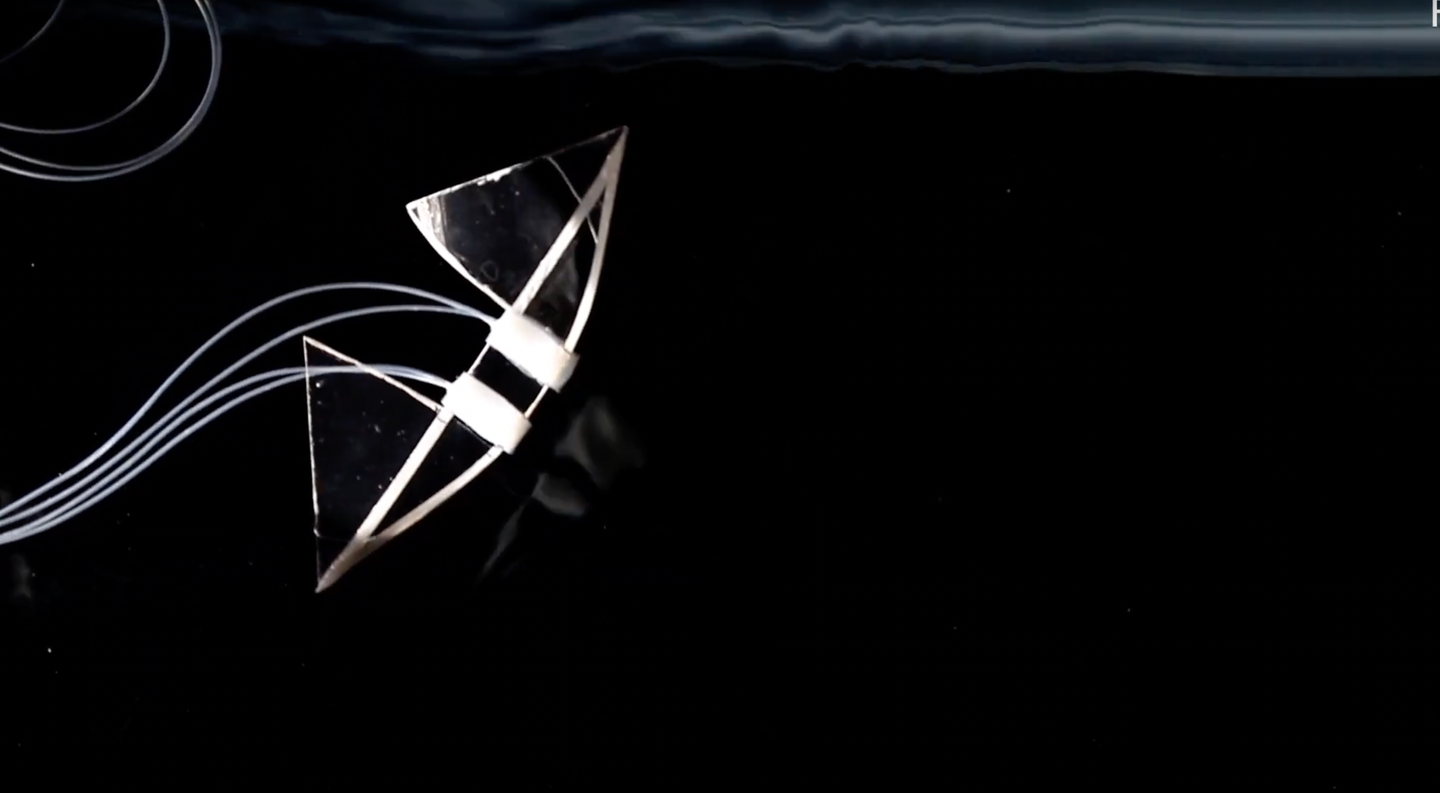 Making a robot that can swim well can be surprisingly difficult. Part of this is due to the fact that the physics of how organisms move in the water is often complicated, and hard to replicate. But that hasn’t stopped researchers from studying how ocean animals move so they can create better aquatic robots.

A notable addition to this field comes from engineers at North Carolina State University, who came up with a manta ray-like robot that can do the butterfly stroke. A detailed description of their design is published this week in the journal Science Advances.

“To date, swimming soft robots have not been able to swim faster than one body length per second, but marine animals—such as manta rays—are able to swim much faster, and much more efficiently,” Jie Yin, an associate professor at NC State University, and an author on the paper, said in a press release. “We wanted to draw on the biomechanics of these animals to see if we could develop faster, more energy-efficient soft robots.”

As a result, the team put together two versions of a silicon “butterfly bot”: one that can reach average speeds of 3.74 body lengths per second, and another that can turn sharply to the left or right. Both are about the size of a human palm.

Unlike similar biology-inspired robot concepts in the past that use motors to directly operate the wings, the NC State team’s robot flaps with a “bistable” wing that snaps into two distinct positions like a hair clip, or a pop-up jumping toy. To alter the position of the curved, rotating wings, researchers used a tether to pump air into upper and lower chambers of the robot body. When the chambers inflate and deflate, the body bends up and down, making the wings snap back and forth.

As the robots were tested in the aquarium, researchers saw that inflating the top chamber caused the soft body to bend upward, inducing a downstroke motion. Deflating that and inflating the bottom pneumatic chamber caused the body to bend downward, inducing an upstroke with the wings. During the upstroke-to-downstroke transition, the robot body is pushed deep into the water and then propelled forward. This design allows the soft robot to be lighter and more energy efficient.

The first version of butterfly bot was built for speed. It holds a single drive unit that controls both of its wings. The second version was built for maneuverability. It has two connected drive units that let each wing be controlled independently. Flapping only one wing allows it to turn more easily.

“This work is an exciting proof of concept, but it has limitations,” Yin said. “Most obviously, the current prototypes are tethered by slender tubing, which is what we use to pump air into the central bodies. We’re currently working to develop an untethered, autonomous version.”

Watch butterfly bot in action, below: