Scenes from day one of the cryptocurrency in the country—plus a brief refresher on what bitcoin is. 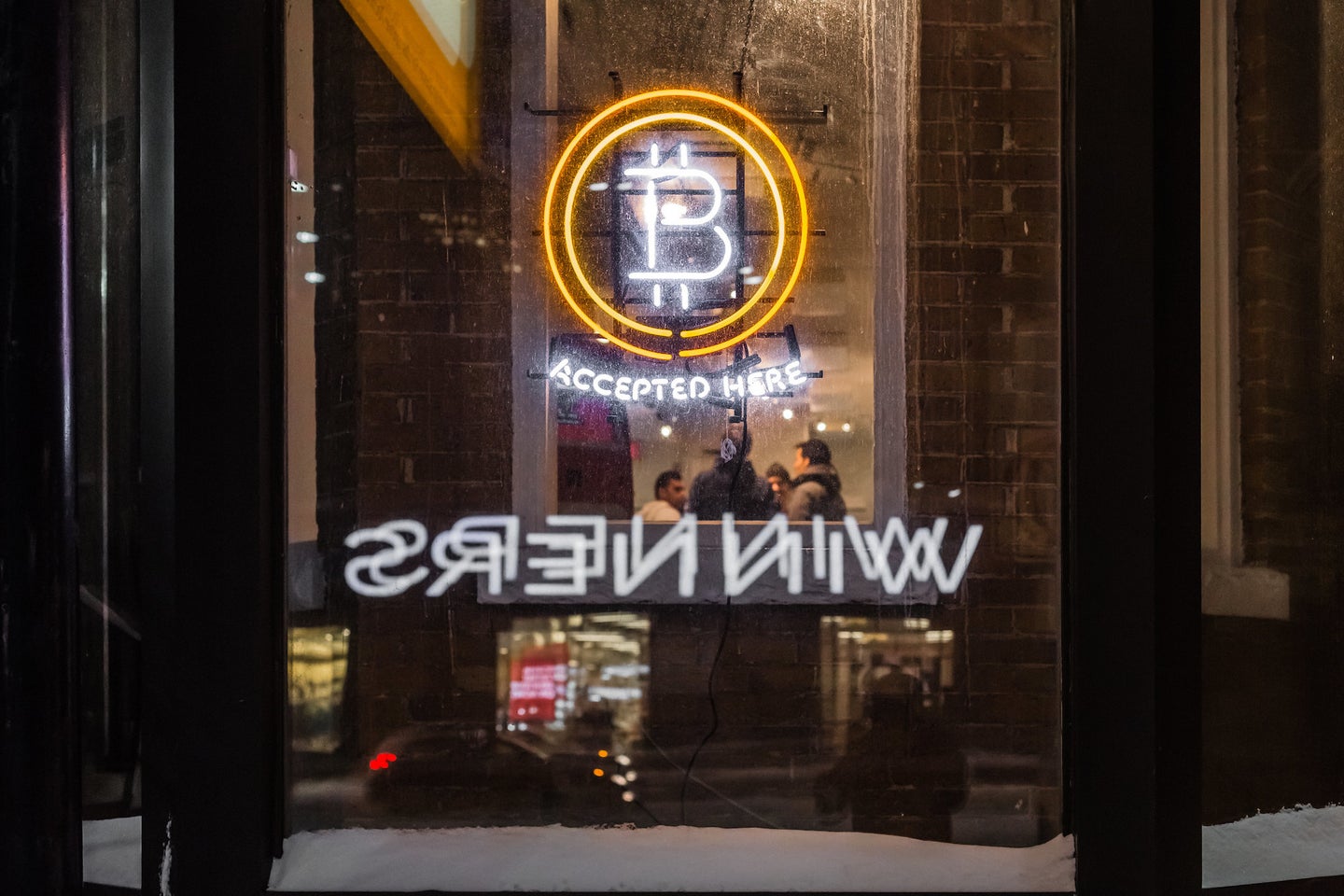 El Salvador broke ground on Tuesday when it announced that it would become the first country to adopt bitcoin as legal tender, reported Reuters.

Local businesses will now accept bitcoin along with the US dollar, which has been the country’s official currency since 2001. Many places of business will brandish a sign with a QR code that allows customers to scan and pay in bitcoin.

The first day of the El Salvador bitcoin experiment was reportedly turbulent. There were protests, which were somewhat expected as polls leading up to this debut showed that many Salvadorans distrust the stability of cryptocurrency, don’t understand how it works, and worry about its environmental impacts. Officials internationally echo these same concerns and question bitcoin’s transparency and the reach of national jurisdiction to check criminal activity.

Users also experienced tech glitches on the first day of bitcoin introduction. Bitcoin was supposed to come online with a government-backed bitcoin wallet app, called Chivo. However, many complained that this app was first not available on Apple and Huawei’s stores, and then it buckled under the immense number of user registrations, according to Reuters. The government had to essentially turn it off, connect it to more servers, and turn it back on.

“I don’t think the president has fully understood the implications of the [bitcoin] law, its potential to cause serious macroeconomic problems and convert the country into a haven for money laundering,” Ricardo Castaneda, a local economist, told The Guardian. A 2019 study found that approximately 46 percent of bitcoin transactions were used to finance illegal activities like buying drugs, hacking, and murder-for-hire.

Reuters reports that ahead of the launch, El Salvador purchased 400 bitcoins worth around $20 million. The government bought an additional 150 bitcoins on Tuesday, and promised $30 worth of bitcoin in the initial balance for each user after they register for a Chivo account.

President Nayib Bukele of El Salvador had previously said that he plans to use the country’s volcanoes to generate electricity needed for mining bitcoins, NPR reported.

The country’s leaders hope that the adoption of the cryptocurrency will allow people with no bank accounts to access financial services, and also save $400 million a year on commissions for remittances, or cross-border money transfer services. However, a paper from Johns Hopkins disputes this claim, saying that bitcoin remittances will actually be more expensive.

The Guardian reports that bitcoin transactions will be exempt from capital gains tax in El Salvador, and any foreigner that invests three bitcoins (valued at $120,000) in the country can become a resident.

Bitcoin’s values fluctuated wildly in response on crypto-trading platforms, hitting a 4-month high of over $52,000 before plunging more than 18 percent, Reuters said.

In case you need to brush up on just what bitcoin is, here’s a brief refresher.

Under the pseudonym of Satoshi Nakamoto, a still unknown author wrote a whitepaper titled “A peer-to-peer electronic cash system” in 2008, laying the foundation for the first “cryptocurrency.” The true innovation from bitcoin is not necessarily the computer science that enables it to happen (cryptography and encryption has long been used in banking) or the digitized coins themselves, but the underlying technology called the “blockchain,” which creates a system of incentives and solves an issue called the double-spending problem, preventing people from sending the same banknote to two people at the same time.

The blockchain is a distributed and decentralized ledger, or a database containing the history of all transactions ever made in bitcoin. Each transaction generates a block, and these blocks are linked to each other through cryptography. Anyone with a computer can access the ledger—it’s not stored at one institution, but rather, on an open network. Maintaining and updating the blockchain is a crowdsourced effort. Transactions are verified by users referred to as miners, who also add new blocks to the chain.

Think of it like Wikipedia, where anyone can add an entry to the database. Other miners can check the work, and come to a consensus about whether to accept or decline the transaction, just like how other Wikipedia users can validate if the information added is actually correct. To incentivize people to participate, the blockchain rewards miners with bitcoins for their work. This is how new bitcoins get released into the system, and there is a limited amount of bitcoins that can be mined. The system allows participants to make peer-to-peer payments without a third party, like a bank. Bitcoin holders can either use a custodial wallet or a non-custodial wallet to store their cryptocurrency. Chivo, for example, is a custodial wallet. These are digital wallets that work like a crypto bank. But you don’t own your keys and the intermediary who manages your account can help you reset your password and access your funds. With non-custodial wallets, you own your own keys. That means you can memorize a very complex string that gives you access to your crypto assets. And if you forget that string, or if your money is saved on a hard drive and that hard drive breaks, then it’s gone.

The mining of bitcoins consumes a lot of energy on computers all over the world, and it will demand more energy over time as the process of mining gets more difficult. Although there are pushes for a transition to less energy-intensive ways to validate transactions, the shift may be expensive.

Due to its growing popularity, US regulators are racing to understand and control problems that could arise in the cryptocurrency market. The SEC made huge strides when it officially registered the cryptocurrency exchange Coinbase, and approved it to list its shares on Nasdaq.

Meanwhile, several central banks worldwide have taken note of select praises of blockchain, and many are using cryptocurrencies as inspiration for digital government-backed currencies.