The Barracuda puts a wild spin on aircraft design

This fascinating tilt-rotor is one of many contenders to carry out missions such as rescuing downed Air Force pilots. 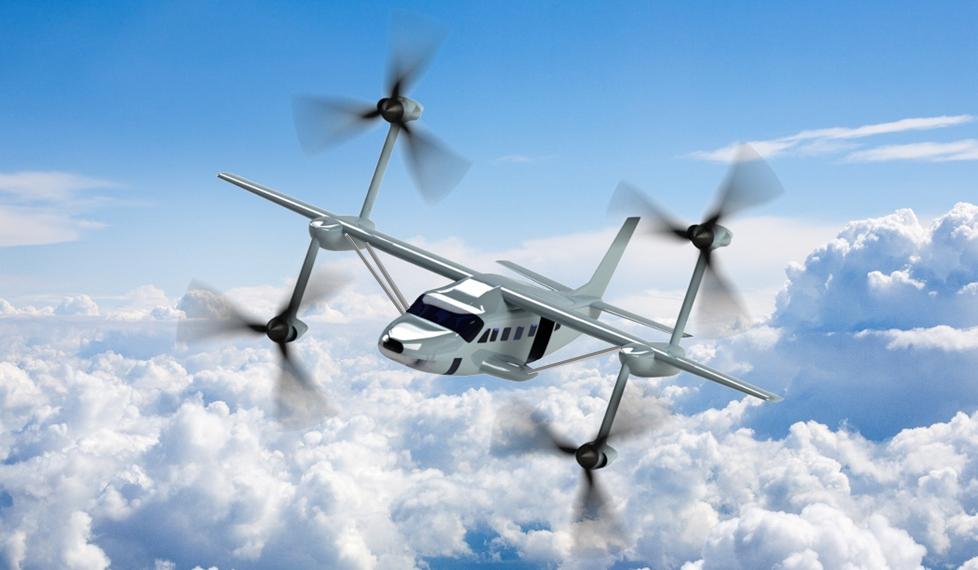 Pilots don’t always land on runways. Whether shot down, or ejecting due to mechanical failure, a pilot can have multiple different types of bad days. Because of this, the Air Force has teams on helicopters ready to fly out, find the downed pilot, and make sure their bad day isn’t their last day. Presently this is done by helicopters, but the Air Force is exploring newer, faster, longer range vehicles that can do the same job.

AFWERX, a military technology accelerator by the Air Force and United States Special Operations Command, recently held a competition to find a better kind of high-speed vertical takeoff vehicle. This contest, announced in February 2021, seeks to find faster alternatives to the existing HH-60 Pave Hawk used by the Air Force. That helicopter is used for missions like recovering the wounded or rescuing pilots, but as a helicopter its speed is limited, topping out around 184 mph.

Specifically, AFWERX framed the initiative as looking for ideas to “further strengthen operational effectiveness and efficiency in contested, resource-constrained, and runway-independent settings,” which is a very fancy way of saying “take off and land in rough places, and save lives, possibly in the face of enemy fire.”

To meet this need, AFWERX held a challenge showcase earlier this month, and narrowed down a pool of 218 applicants to just 35 designs. AFWERX has not revealed which 35 it chose, but some of the companies in that pool have revealed themselves. These include everything from plane-sized designs inspired by quadcopters to concept art that seems closer to sci-fi speeder bikes.

These aircraft are all VTOL designs, for Vertical Takeoff and Landing, but built to fly faster than helicopters and existing VTOL planes. This can mean adding jet power for fast horizontal flight, like with these Bell concepts; it could mean jets with ducted exhaust that can go from vertical to horizontal; or it can mean a range of other designs, all incorporating different aircraft concepts like a sort of flying chimera.

One company that made it to the selection round is Advanced Tactics, with their Barracuda design.

For vertical takeoff and landing, the Barracuda uses four rotors, mounted on pylons that extend from the wings. This lets it act like a big quadcopter. Once airborne, the front pylons swing down and the rear pylons swing upwards, pointing all four rotors forward as propellers. It is a design somewhat reminiscent of the V-22 Osprey presently in military service, though as planned the Barracuda’s four smaller engines and pylons should allow for more redundancy and smoother flight.

The Barracuda’s conceptual origins date back to the early 2000s, when the V-22 had not yet entered military service. “Starting back in 2003, I was involved in testing one of the world’s-first large gas-powered quadcopter and we saw that during our desert testing the flow of the dust onto the desert floor showed how the lift fans interacted with the airframe structure,” Donald Shaw, CEO of Advanced Tactics, says, “and we saw the need to progress to a fixed-wing solution if we wanted to get very high speeds yet be able to hover.”

Shaw says the design has been in the works since 2009, with smaller scaled test flight vehicles flown in the Barracuda configuration since 2011.

Advanced Tactics’ next step is to modify a fairly standard Cessna 152 plane with rotors on pylons to serve as a human-carrying test concept. The ultimate goal for the Barracuda would be a configuration that could seat 18 people (crew included) for military use, allowing the plane to transport a full squad of soldiers, or to carry medics and recover a few injured people. That’s about as many people as a Pave Hawk can presently carry.

What the Barracuda promises, at least in this stage of design, is the same takeoff, landing, and hovering capacity as a Pave Hawk, but at much greater speeds, which is in general the main benefit of aircraft in this category. The Barracuda is aiming for 550 mph maximum speed and 460 mph cruising speed, relative to the Pave Hawk’s 222 mph maximum and 184 mph cruising speed.

Because fixed wings allow for more efficient, faster flight, the Barracuda is aiming for a range of 2,400 nautical miles, relative to the Pave Hawk’s 504 nautical miles. That would allow Barracudas to fly across the entirety of other countries to get where they need to be, instead of only operating from bases inside a country.

It’s an ambitious machine, and one of many looking to meet the needs of the Air Force in the future. Shaw is hoping that the plane’s unique features will let it compete not just on how it works in ideal conditions, but also on its ability to survive worst-case scenarios, like an in-flight emergency.

“The combination of propeller and helicopter rotor also allows for a smoother emergency landing in case there was an engine failure since a prop/rotor can quickly reverse direction to keep the aircraft in any condition, which is not how a standard propeller works,” said Shaw. “Also, with only half power the aircraft can sit down safely when it was originally in a hover before the in-flight emergency.”