Comparing a stealthy new aircraft with the B-2 Spirit. 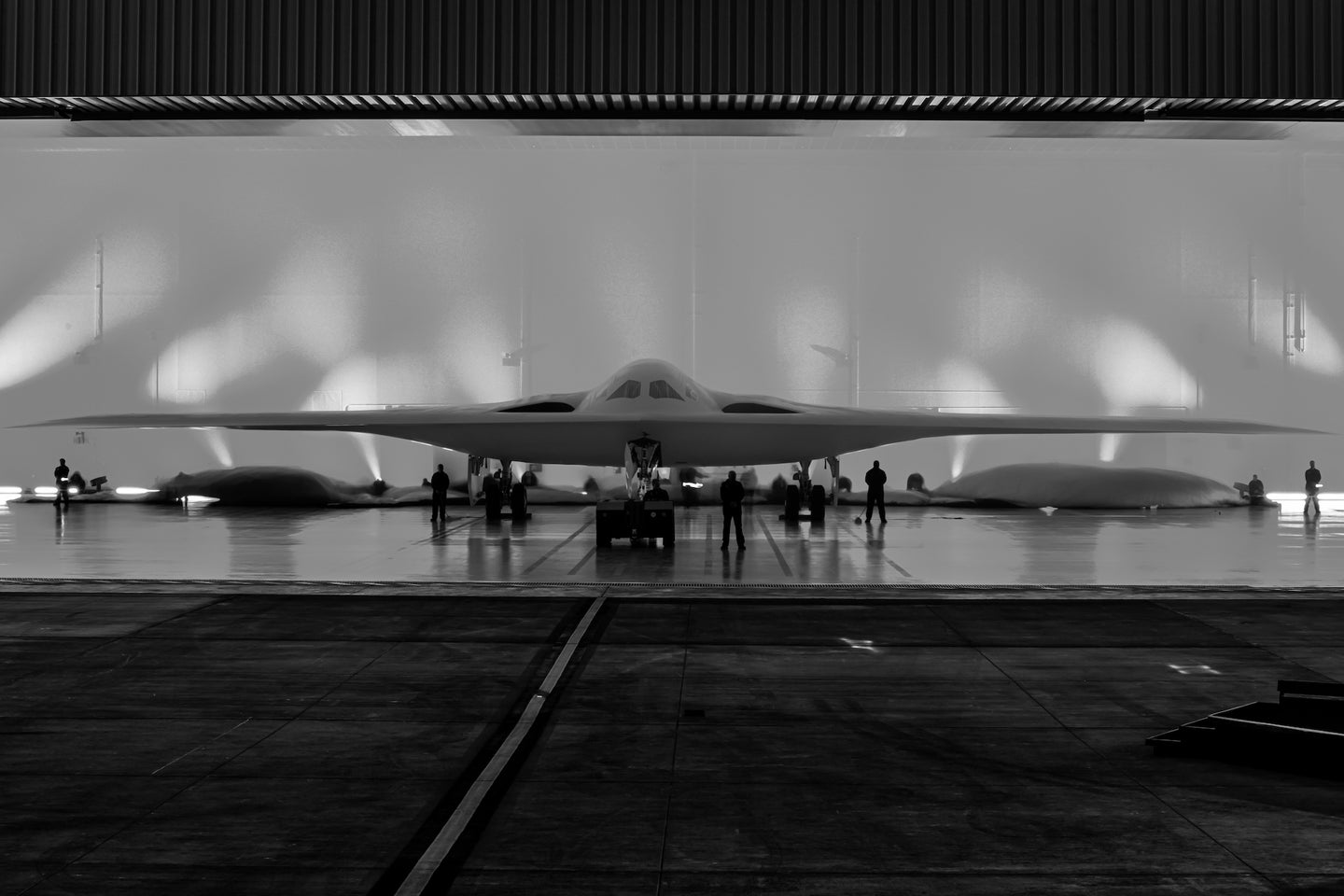 On December 2, the Air Force revealed its first new bomber in 34 years: the B-21 Raider. The Raider most closely resembles its stealthy predecessor the B-2 Spirit, and both were built by defense giant Northrop Grumman. With only head-on views of the B-21 released and available to the press, it is hard to know all the features that distinguish it from its predecessor. Still, the head-on image is enough to identify some major changes.

The Raider is a stealth flying wing, designed to carry an explosive arsenal deep into hostile countries while bypassing their radar systems. The B-2 could deliver deadly payloads from conventional explosives to nuclear weapons. Unlike the Spirit’s 1988 reveal, the B-21 arrived in a world with a very different geopolitical climate, one where the nuclear superpower over the horizon for the US to worry about is China, not the Soviet Union.

The “Spirit” of the Cold War

The Spirit’s production, which the Air Force originally expected to reach 132 bombers, was stopped after just 21. This change matched the geopolitical and domestic expectations of the mid-1990s, when the dissolution of the USSR and the seemingly unchecked ascendancy of American power meant specialized aircraft to bypass advanced defenses seemed superfluous at best.

Stealth is a curious kind of protective technology. It is built into the physical form of the aircraft, with rounded shapes and smooth edges built to minimize the amount of surface that reflects radio waves back to radar receivers. That makes the shape both tremendously important as a secret during development, even if the ultimate form will be discernible by eyes and cameras. A 1988 memo from the CIA, declassified decades later, estimated that half of what the Soviet Union knew about stealth came from the public reporting on it by one Aviation Week writer in the United States.

[Related: Our first look at the Air Force’s new B-21 stealth bomber was just a careful teaser]

That was before Aviation Week pulled its biggest stunt to report on stealth aircraft. In 1988, for the B-2 rollout, the bomber was pulled by a tractor from a hangar into the open air, and then wheeled back again. Reporters with Aviation Week, knowing the location and time of the rollout, rented a Cessna plane to get photographs from overhead.

“One of the driving functions to get us into this mode was, ‘Hey, if they were going to pull this thing out of the hangar into the open, I can guarantee the Russians are going to have a satellite overhead. And if the powers that be don’t care if the Russians see the trailing edge, why should they care about the American people?’” William B. Scott, former Aviation Week editor, recalled in a recent piece.

While the Air Force and pre-merger Northrop revealed more about the B-2 over time, the stunt by Aviation Week to capture photographs of the plane’s whole outline and trailing edges was clearly remembered. The 1988 reveal took place outside a hangar, and during the daytime. The 2022 reveal of the B-21 took place at night, and it barely left the hangar.

Even limited to the head-on view, there’s still striking details that stand out in the new bomber compared to the old one. The B-2 Spirit appears as two caverns and a mound arising from the flat plain of the wing. The B-21, instead, shares one generally rising approach to the middle, with a gentle slope for the narrower air inlets before a sharper incline to the peak of the cockpit.

“Perhaps the most striking features of the B-21 are its slender, barely-there air intakes. Unlike the higher-rise, scalloped intakes on the B-2, the B-21’s are almost organically a part of its wing root,” reports Air & Space Forces Magazine. “That’s good for stealth—radar loves abrupt angles and big cavities—but the intakes are so thin and shallow, they seem hardly big enough to swallow enough air to feed the B-21’s engines.”

The fact that it has slender inlets means that there would be less of a cavity for search radars to find. Moreover, the B-21’s engine fan blades are a huge radar reflector that are shielded from direct view.

There are seven other notable differences spotted by Air & Space Forces, from depth of the bomber’s belly to its landing gear, color, and smoothness. Sensor technology has improved greatly in the decades since the first B-2 was introduced to the world, and protecting the bomber means stealth not just against radar, but from acoustic sensors, thermal imaging, and other detection strategies.

Many tests and, invariably, reveals are still ahead for the Raider, which has come a long way since the plane was first developed as the Long Range Strike Bomber. The Air Force also intends to roll the B-21 into full production, eventually replacing not just the existing B-2 Spirits but the B-1 Lancer bombers. It may even one day replace the still-in-service B-52 bomber, though that’s a lower priority for the Air Force.

The Air Force places to acquire at least 100 Raiders. Soon enough, observers both civilian and military will be able to catch it in the air, with its once carefully guarded form revealed against the undeniable clarity of the sky.