China has big plans for a modern bomber 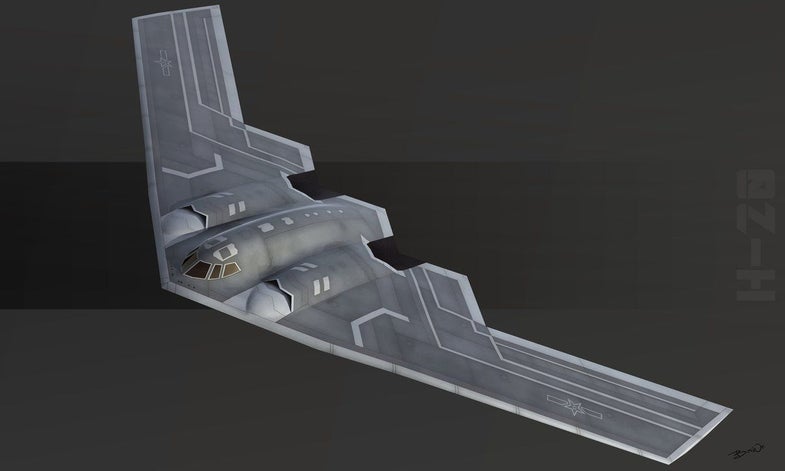 Chinese officials have already stated their need for a strategic bomber that can at the very least, strike Hawaii and other mid Pacific targets. Noted artist Bai Wei has put together information from Chinese research articles and leaks to produce this speculative picture of the H-20 stealth bomber, which may fly by this decade. Bai Wei
SHARE 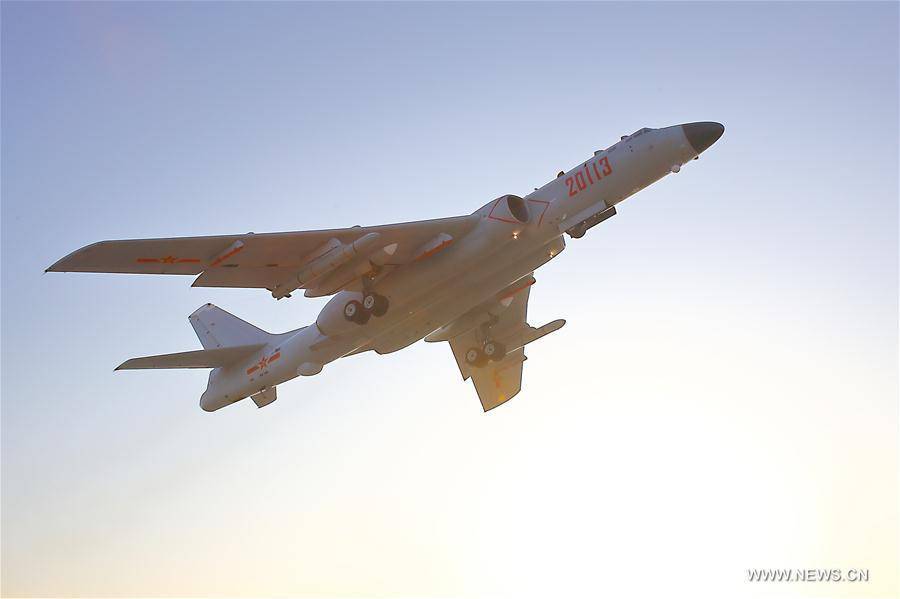 The H-6K—a modernized version of a 60-year-old Soviet design—is the only mass-produced bomber in the world today.

China’s defense industry has been rapidly modernizing, though a few key gaps still lie between the nation and its bid to become a major military power. One such gap: a long-range bomber.

Right now, Xian Aircraft Corporation (XAC) builds the H-6K, a version of the 1950s Soviet Tu-16 Badger medium bomber modernized for avionics and increased range. But a series of reports demonstrate that, along with fielding modern missiles and expanding its range of military activities across the Pacific Ocean, China is planning to build out its strategic bomber force with a new generation of planes. 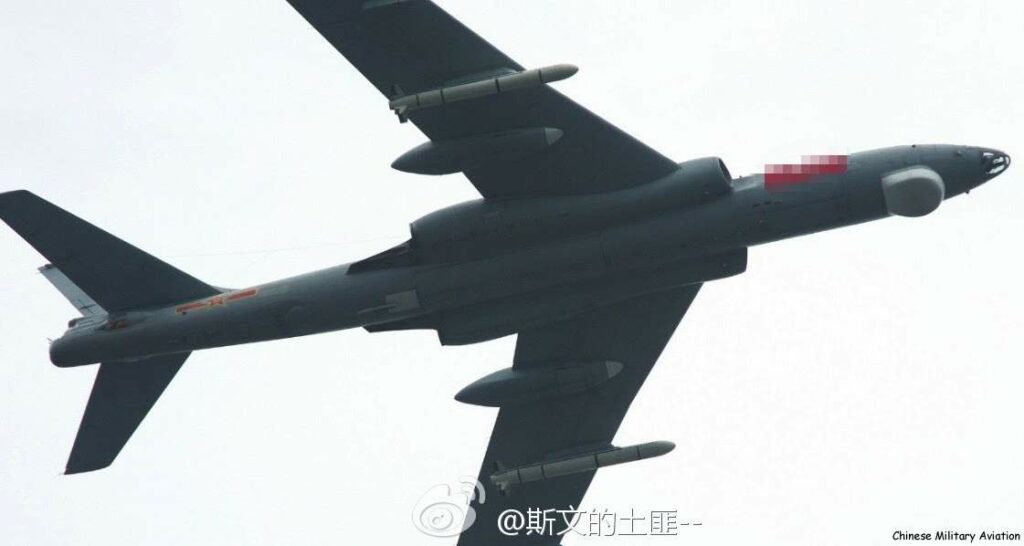 After years of speculation, in September 2016 People’s Liberation Army Air Force commander General Ma Xiaotian announced that China was researching the development of a long-range bomber. The news was reflected in the 2017 U.S. Defense Department Annual Report on the Chinese Military, which said China was developing a strategic bomber with a “nuclear mission.” 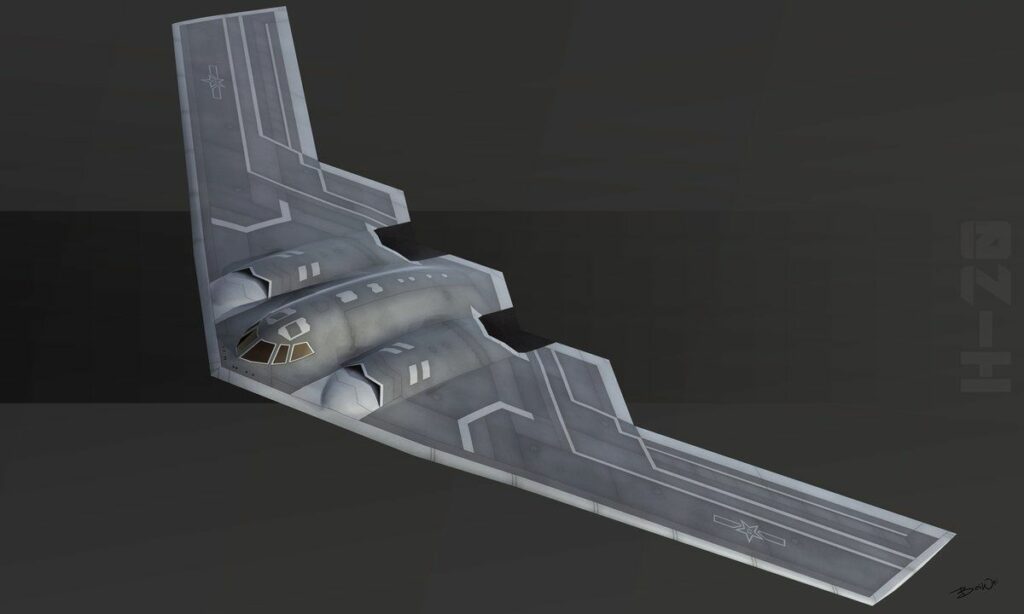 The future strategic bomber, tentatively identified by Chinese Internet commentators as H-20, is believed to be a flying wing bomber designed for range and stealth and built by XAC. Since the H-20 needs to have a range of around 6,200 miles in order to strike strategic intercontinental targets while carrying a useful payload of 10-20 tons, it will need four turbofan engines. Those turbofan engines are likely to be non-afterburning versions of the WS-10 engine, which would provide about 8 tons of thrust.

All that would make the H-20 similar in size to the the United States’ B-2 by Northrom Grumman, a craft that also has four 8-ton engines. It would be armed with bombs and, likely, systems like the 1,200-mile-range CJ-10 land attack cruise missiles, which would be carried in internal weapon bays. Future weapons could include GB-6A stealth cruise missiles and hypersonic scramjet missiles. 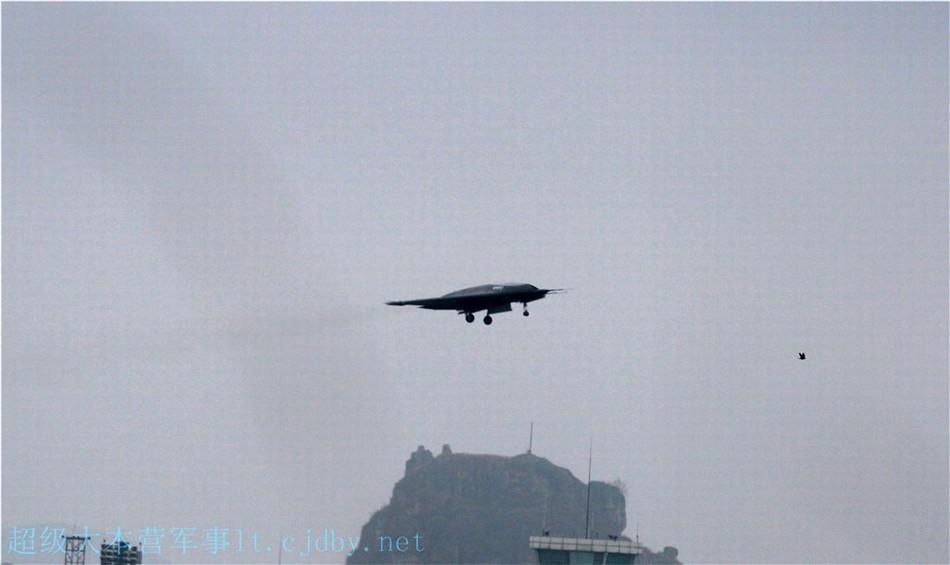 The Sharp Sword UCAV is a Chinese attack drone, a modified version of which could act as a robotic wingman to the future H-20 stealth bomber.

It’s also possible that the H-20 could act like an airborne command, particularly given China’s recent research in ‘centaur’ unmanned and manned aircraft teaming and datalinking of sensor nodes with long-range missiles. The U.S. Air Force has reported plans of the same role for the B-21 Raider stealth bomber.

This fan-made CGI, drawn from a model displayed at a Chinese airshow, shows the JH-XX fighter bomber. If built, it would could attack targets as far out as Guam at supersonic speeds.

The H-20 concept is often confused with another of China’s nebulous future aircraft, a supersonic regional-ranged bomber known as JH-XX. That’s a totally separate bomber, but still worth highlighting here. First seen in model form at airshows in 2013, the JH-XX (which has not been confirmed by officials) was reported to have an 80-100-ton takeoff weight and supersonic capabilities. The 30-meter-long aircraft looks to have a main weapons bay under the central fuselage for carrying armaments like anti-ship missiles (such as the YJ-12), as well as two weapon bays on either side of the fuselage that could carry air-to-air missiles like the PL-15 and PL-10. Its reported 1,500-mile combat radius would be enough to strike U.S. carriers and even bases like Guam. That all being said, whoever’s building it might have problems finding supersonic turbofan engines that are large enough.

The JH-XX would have been most similar in mission profile to the Russian Tu-22M Backfire bomber, another supersonic regional bomber designed to attack enemy aircraft carriers nearing the homeland. But unlike the Tu-22M, the JH-XX could be armed with air-to-air missiles to fire back at enemy interceptors and missiles. Still, unlike the H-20, there has been no official mention of an aircraft with the JH-XX’s profile from either American or Chinese sources. 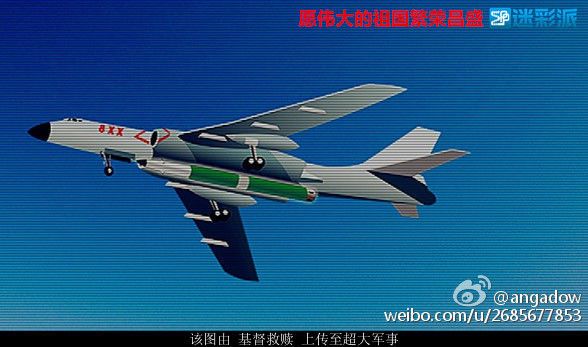 The H-6N bomber is a modified H-6K for the purpose of launching the DF-21 ALBM, to increase China’s conventional and nuclear strike options.

Of course, this is all informed speculation, and it’s unclear what kind of success these future-facing developments will really have. In the short-term, China’s strategic air deterrent is being modernized in another novel manner: via an air-launched ballistic missile (ALBM). The ALBM, according to U.S. Defense Department sources, is a variant of the DF-21 medium-range ballistic missile, with improvements increasing its range to about 1,800 miles. The Chinese ALBM will be carried by a modified variant of the H-6K, the H-6N, which has a refueling probe to increase its range to 3,700 miles.