How the data is presented is just as revealing as the data itself. 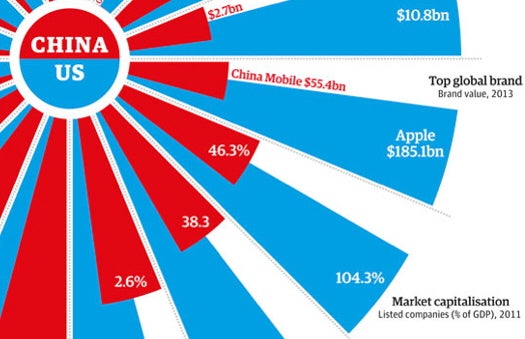 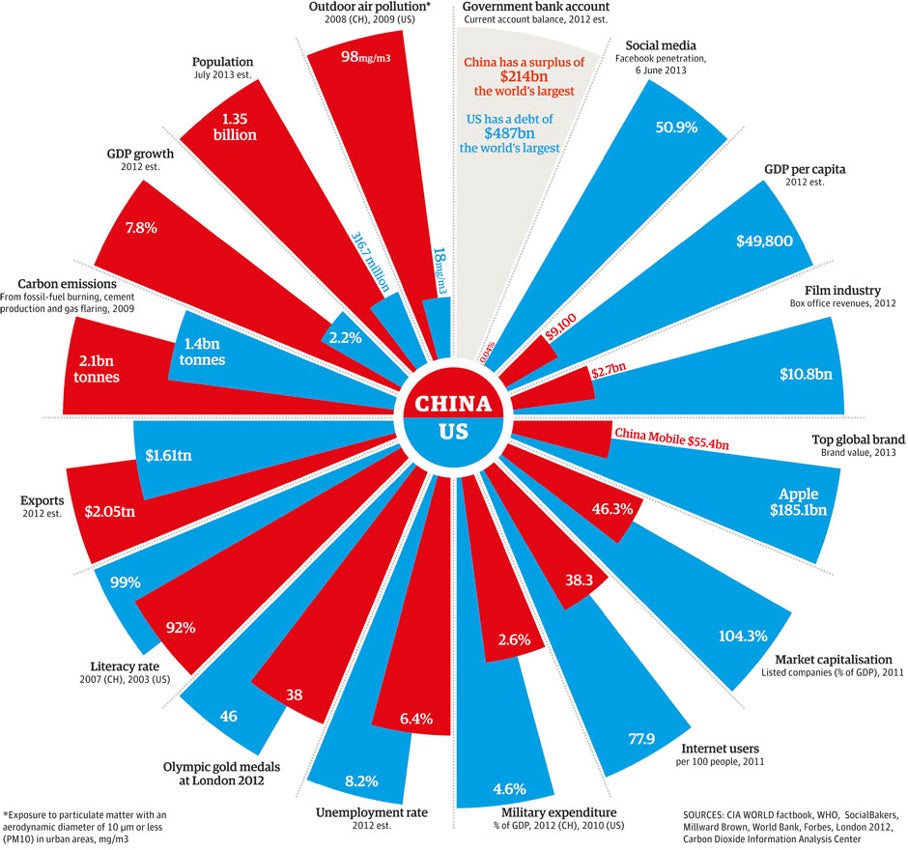 How do the United States and China compare? The superpowers face off in this ambitious, if flawed, infographic from the Guardian.

The infographic compares the nations on everything from GDP and unemployment to literacy rates and military expenditures. Determining the greatest superpower is, of course, dependent on how you define superpower. If it’s GDP per capita, social media, and gold medals at the 2012 Olympics, the United States appears to win. If it’s GDP growth and exports, China wins.

But the chart has its flaws. Take social media. The Guardian judges social media reach by Facebook penetration. Facebook is blocked in China; the residual fraction of Facebook’s users listed are likely in a territory with special privileges, like Hong Kong. But not having Facebook doesn’t mean China lacks social media: Weibo.com is a major site in China, with more users than the entire American population.

Top Brand is another confusing category, and it obscures more than it reveals. Apple, the United States’s top brand, has major manufacturing operations in China, whose low labor costs no doubt contribute to Apple’s perpetually high profits.

The Guardian‘s accompanying feature on the chart asks if comparing the two superpowers is really possible. Comparisons are inevitable, so it’s curious that this infographic presents the information so strangely, leaving as much unanswered as it clarifies.