The lenses magnify stuff up to 3X. Finally, the future we've been waiting for. 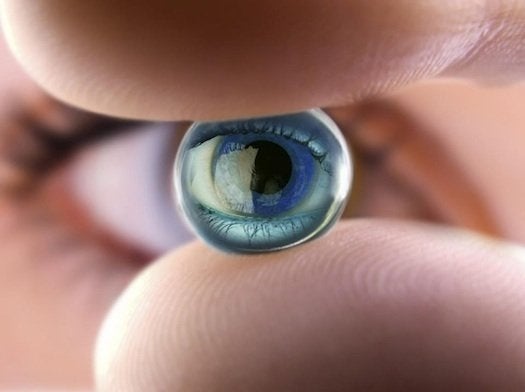 So this is pretty much one of those things you’ve always wanted from the future, right? Researchers have created a prototype contact lens-and-glasses system that lets you zoom in on something to 2.8X magnification. The lenses do the zooming, while the glasses let you switch between normal and magnified vision.

Right now, the lens’ engineers, a team with members from California and Switzerland, are designing it for people with age-related macular degeneration, which is the number-one cause of vision loss in Americans older than 60. The engineers are even planning to start a clinical trial in November, the BBC reported.

The U.S.’ Defense Advanced Research Projects Agency funded the research, suggesting that the U.S. government is eying super-vision for soldiers in the future. However, it should be easier to make something for macular degeneration first, as it’s easier to come up with a workable solution for vision loss than it is to improve on healthy vision, the BBC reported.

The lens is made of concentric regions. The middle region lets light through normally, for standard vision. Meanwhile, the edges of the lens are specially designed to reflect light and magnify it. The final lens is 1.17 millimeters at its thickest region around the edges and it’s made of the same hard plastic as first-generation contact lenses, the engineers wrote in a paper they published in the journal Optics Express.

The glasses work by adding or removing a polarized light filter onto their lenses. With the filter on, light goes to the normal region of the lens. Without the filter, light goes to the magnifying region instead. Check out the BBC link or the paper, which is freely available, for more details. The paper has great pictures of what the magnified vision looks like, too.