Coming Soon: Free Streaming Video Of Our Planet, From Space

All eyes on Earth! 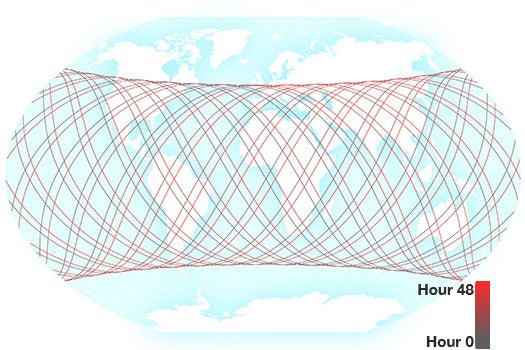 At this moment, dozens of government satellites are taking high-resolution pictures of the planet. But citizens get only limited services such as Google Earth, which provides imagery that’s sometimes 10 years old. This fall, however, the Canada-based company UrtheCast (in partnership with the Russian space agency) will install two cameras on the International Space Station (ISS) that will continuously capture still images and high-resolution video and upload them to a free public database online, where the curious can study their yards and the entrepreneurial can obtain needed data. 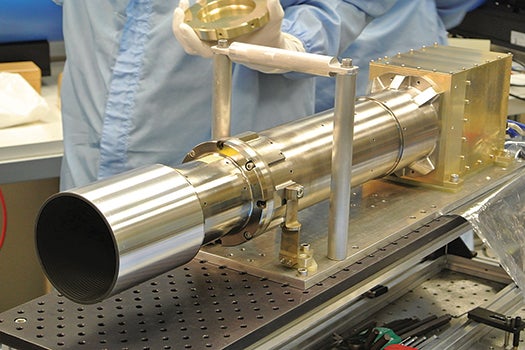 This 16-foot-resolution camera will take photos every millisecond as it orbits Earth.

Will I be able to find myself?
No, but you could find your car or house. UrtheCast’s video camera has a three-foot resolution and can distinguish groups of people, not individuals. It will shoot approximately 150 video clips a day. The still camera has a 16-foot resolution that can capture buildings, rivers, and roads. It will take a photo every millisecond.

How do cameras survive in space?
They’re wrapped in insulation to protect against temperatures from –250°F to 250°F, equipped with dampeners to prevent shaking as they travel 17,000 mph in orbit, and tested to confirm they can withstand space radiation.

How does all that data get down to Earth?
Each day, onboard hardware compresses 2.5 terabytes of data into 250 gigabytes. Then transmitters beam the info as radio waves to one of 10 receiving stations.

How long is the delay on the video stream?
It ranges from about 20 minutes to a couple of hours, depending on how close the ISS is to the Earth station that receives the video.

What kinds of things will people use UrtheCast for?
Anyone will be able to suggest where the video camera should point, and nonprofits could use it to monitor events of concern like illegal logging and humanitarian crises. But UrtheCast hopes to profit by charging businesses. For example, coffee traders might want to view their fields from above to predict harvests.