Next-gen combat fatigues could incorporate a new kind of breathable fabric that instantly turns into a protective shell in the presence of chemical or biological threats. 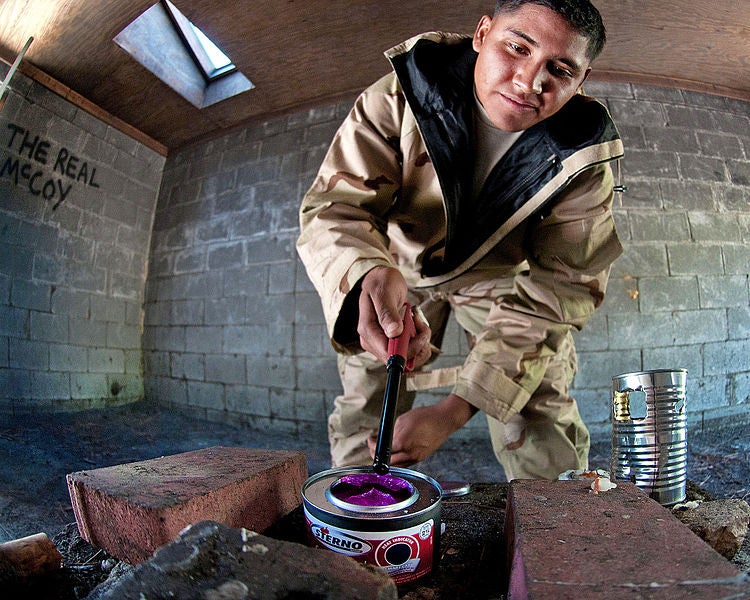 Soldiers on the battlefield may soon be getting a second skin. Researchers at UMass Amherst are developing a new nanotube-based fabric intended for use in military combat uniforms that protects grunts from chemical and biological agents. But unlike the cumbersome and (really, really) hot chemical suits the military currently issues to mitigate those kinds of threats, this material will automatically switch from a highly breathable state to a protective one, triggered by the presence of a chemical or biological threat. The uniform may well know the threat is present before the soldier does.

This multi-state material is made possible by a mix of breathable membranes imbued with pores made of vertically-aligned carbon nanotubes beneath a surface layer of material designed to respond to various chemical and biological agents. These carbon nanotube pores offer high gas transport rates, yet they are small enough to keep biological agents like bacteria and viruses at bay. But for chemical agents like mustard gas or nerve gas that could potentially pass through the pores, the functional materials actually sense the presence of a threat and close to block them out.

The researchers are also developing a second mechanism in which the fabric essentially exfoliates like biological skin does, shedding the outermost layer after coming contact with a chemical or biological agent. Between these two mechanisms, the researchers think they’ll have a material that will let soldiers operate safely and comfortably in hot environments while offering automatic protective measures that spring into action in the presence of chemical or biological threats. The technology is still in the lab for now, but the UMass Amherst team thinks it could be in the field in less than a decade.