Simulated Brain Ramps Up To Include 100 Trillion Synapses

IBM is developing a cognitive computing program under a DARPA program and just hit a major high. 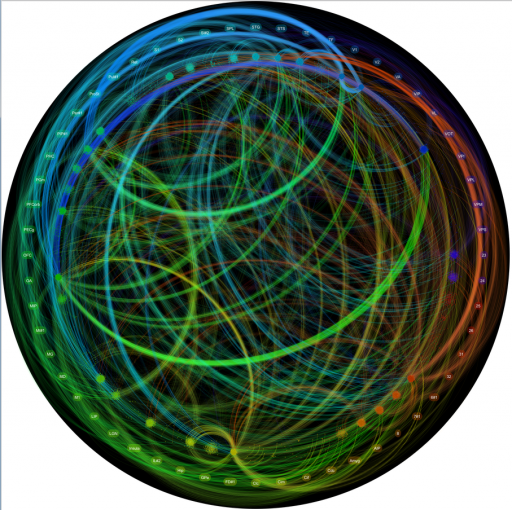 The Sequoia supercomputer at Lawrence Livermore National Laboratory, recently crowned world champion of supercomputers, just simulated 10 billion neurons and 100 trillion connections among them–the most powerful brain simulation ever. IBM and LLNL built an unprecedented 2.084 billion neurosynaptic cores, which are an IBM-designed computer architecture that is designed to work like a brain.

IBM was careful to say it didn’t build a realistic simulated complete brain– “Rather, we have simulated a novel modular, scalable, non-von-Neumann, ultra-low power, cognitive computing architecture,” IBM researchers say in an abstract (PDF) of their new paper. It meets DARPA’s metric of 100 trillion synapses, which is based on the number of synapses in the human brain. This is part of DARPA’s cognitive computing program, called Systems of Neuromorphic Adaptive Plastic Scalable Electronics (SyNAPSE).

To do it, IBM used its cognitive computing chips, which the company unveiled last year. They are designed to recreate the phenomena between spiking neurons and synapses. More than 2 billion of these cores were divided into 77 brain-inspired regions, with gray matter and white matter connectivity, according to IBM. The gray matter networking comes from modeling, and the white matter networking comes from a detailed map of connections in the macaque brain. The combined total 530 billion neurons and 100 trillion synapses ran 1,542 times slower than real time–actually quite fast, in computing terms.

The ultimate goal is a computer that works like a brain, and can analyze information in real time from multiple sources. Under SyNAPSE, it would also be able to rewire itself dynamically in response to its environment, just like real brains do. It would also have to be very small and low-power, which in some ways will be even more challenging than developing the connections. IBM presented its latest results at the Supercomputing 2012 conference.