Video: Sunken Seaplane Was One Of The First Victims Of Pearl Harbor

A new survey of the undersea site 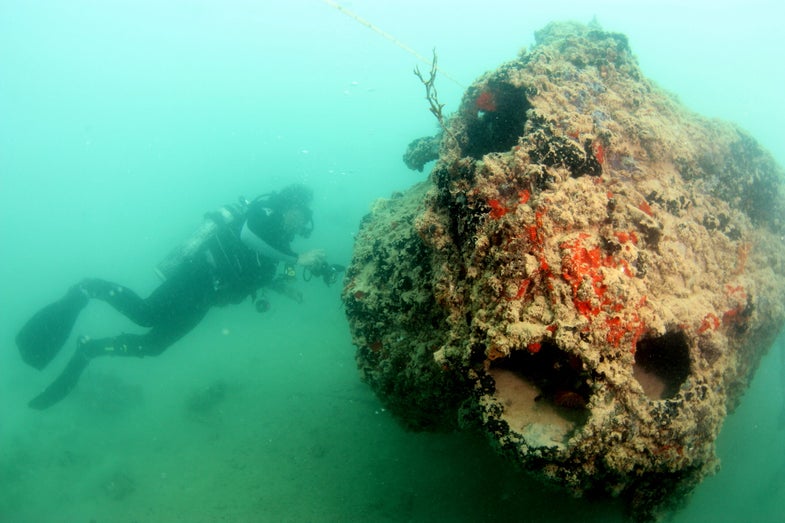 Kaneohe Bay is 20 miles from Pearl Harbor. On December 7, 1941, Japanese planes made the trip in moments. Their first target that day was the airfield at Kaneohe Bay in an attack that was swift and decisive, a short but devastating prelude to the infamous destruction at Pearl Harbor.

In 1941, a Naval Air Station was located at Kaneohe Bay, and unlike some of the neighboring military installations, it had planes that were kept directly on the water. There were 36 Catalina PBY-5s , a kind of amphibious aircraft, at the base, some stationed on land and some in the water. 27 of those planes were destroyed in the attack, including some that sank quickly into the bay. Six others took damage.

Now, for the first time, a group of students have managed to photograph and document the site of one of these wrecks in amazing detail, creating an archeological survey of the underwater wreck. The fate of this particular plane’s crew is unknown, but the researchers documenting the site found evidence that someone tried to start the plane’s engines as it was moored in the bay, potentially indicating an attempted response to the bombing. USA Today reports that the plane could hold four large bombs, eight crew members, and fly for over 2,000 miles.

“The new images and site plan help tell the story of a largely forgotten casualty of the attack,” Hans Van Tilburg, a marine archeologist who coordinated the projects said. “The sunken PBY plane is a very important reminder of the “Day of Infamy,’ just like the USS Arizona and USS Utah. They are all direct casualties of December 7.”

The wreck that Van Tilberg and the students from the University of Hawaii Marine Option Program documented sits in 30 feet of water in Kaneohe Bay. Previous efforts to study the wreck in 1994 and 2008 were stymied by murky water conditions.

Like all other sunken military vessels in United States waters, the wreck site is off limits to divers. (If you need to scratch a diving itch, you can tune in to periodic “Live Dives” hosted by the National Park Service at the Pearl Harbor wreck of the USS Arizona). To give the public a closer look at this piece of history, NOAA and the University of Hawaii released photos of the archaeological efforts. See some of the images in the gallery above.

In the 74 years since the plane descended to its watery grave, the wreckage has taken on a new life as a shelter to marine life. In this video of the wreck site, you can see the layout of the wreck and some of the coral and fish that have made their home in its remains. 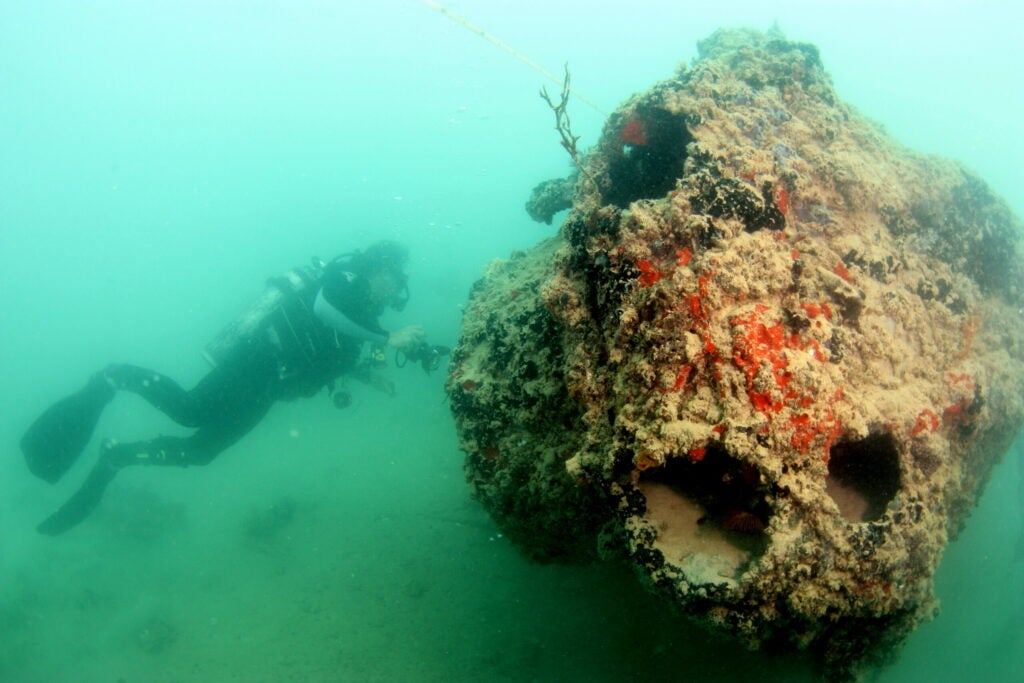 The gunner’s forward turret of a wrecked PBY-5 Catalina. 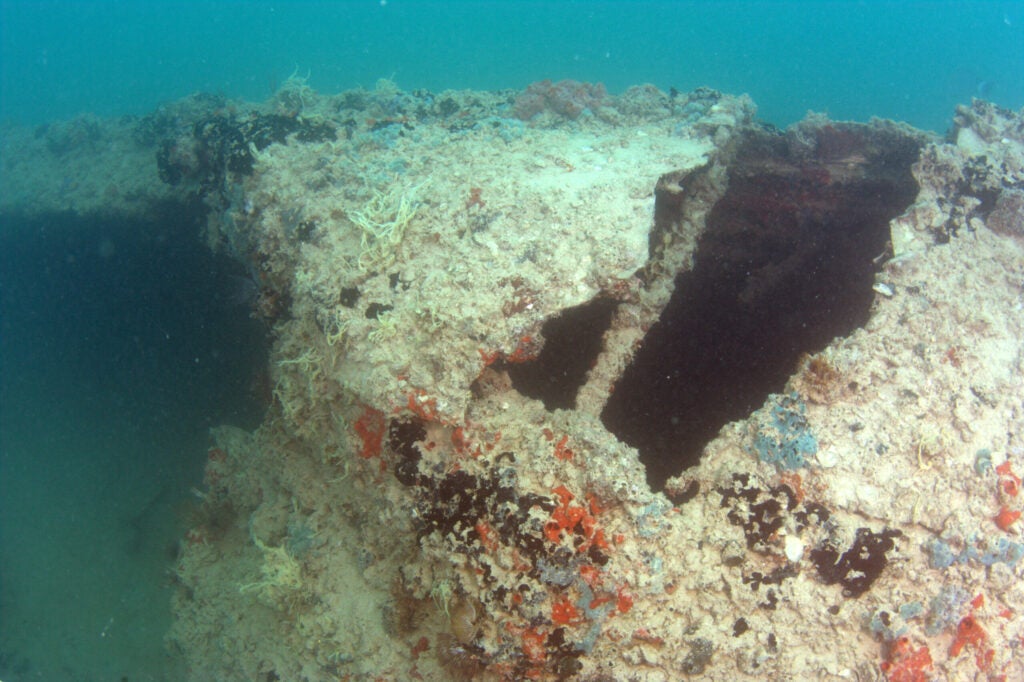 A break found in the plane’s fuselage. A plan of the wreck site. 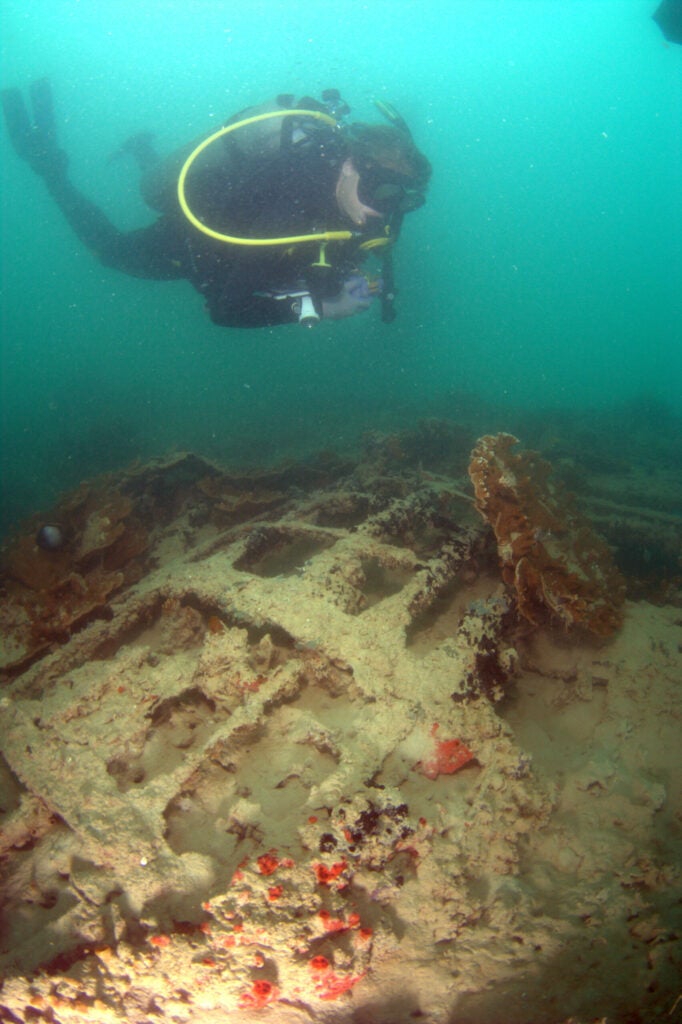 A diver examines the engine housing of the wrecked plane. 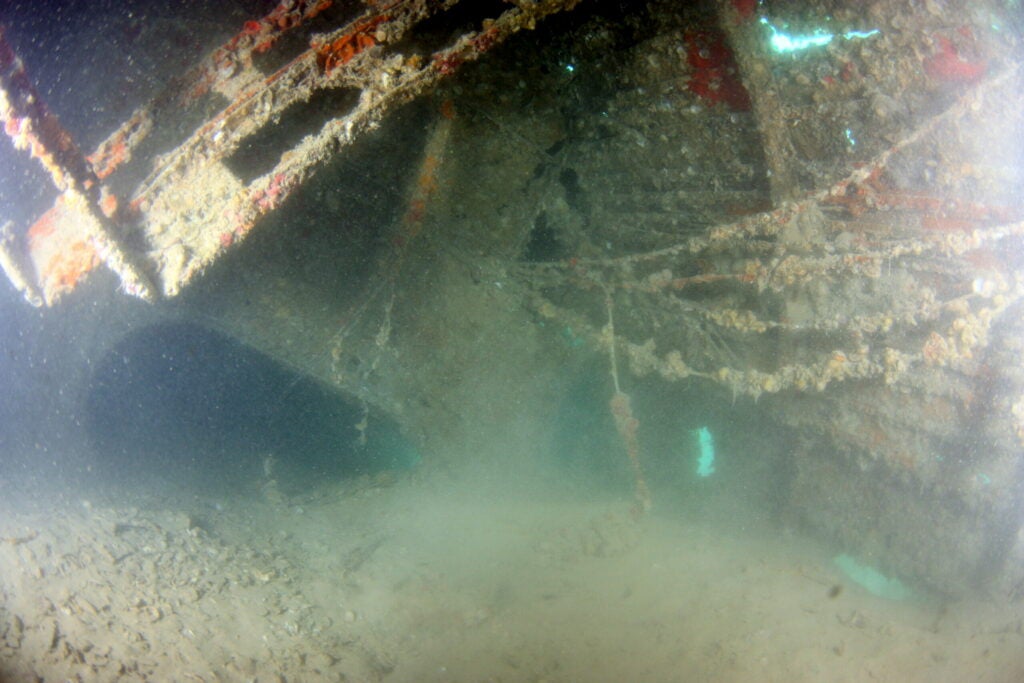 Like many parts of the plane, the mechanic’s compartment has filled with silt. 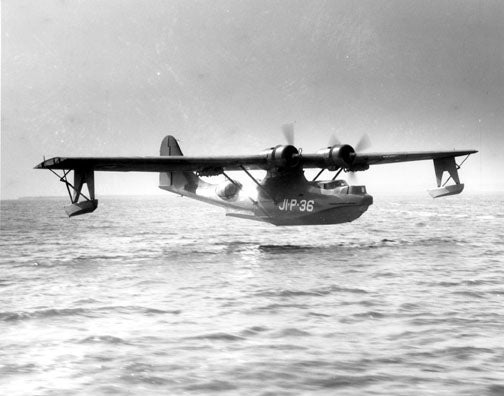