Look inside 1973's amazing pocket camera; plus sexy color photos from the archives. 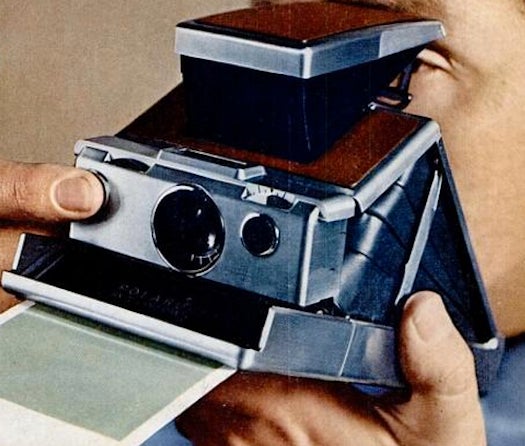 “Unbelievable. Spectacular. And revolutionary. Who ever heard of a camera that does everything except ask the subject to look at the birdie and then hands you the picture on a platter?” The Polaroid SX-70 was a dream machine: A pocket camera that could print vivid, durable color photographs nearly instantly. In the new book “Instant: The Story of the Polaroid,” Christopher Bonanos describes how the innovative machine inspired Steve Jobs and became a pop-culture phenomenon.

When PopSci reviewed the SX-70 in January 1973, we called it “the most fiendishly clever invention in the history of photography.” And then – true to the PopSci spirit – we busted it open to see how it worked. 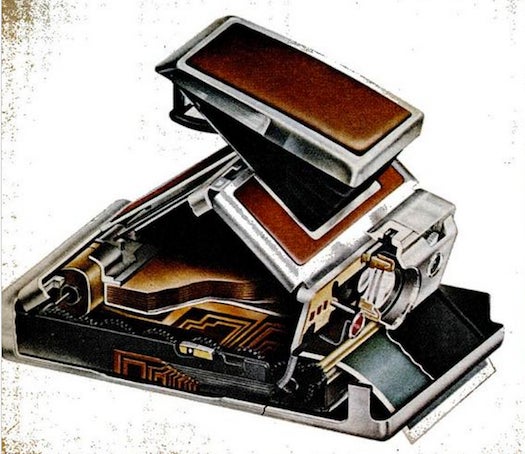 When you push the red electric shutter button, a remarkable series of events unreels within the SX-70. It’s all over in 1.5 seconds, but the sequence is so Rube Goldbergian that it takes far longer just to list what happens, much less describe it.

First, you switch on a solenoid that powers the motor for a burst of activity in which the shutter-diaphragm closes. The hinged carrier lifts up to take the Fresnel mirror out of the light path and unmask the film for exposure; the underside of the carrier has a flat, trapezoidal taking mirror that deflects light from the lens down to the film. Power is supplied to the ultrasensitive silicon photocell, which reads the light from the scene and signals the shutter, already opening again, to close down to the correct aperture. Logic circuits determine the combination of aperture and shutter speed: from f/8 to a pinhole f/90 and from about 1/100 second to as long as 20 seconds. They also dictate a delay of 8-10 milliseconds between the mirror coming to rest and the exposure, so that vibrations have a chance to be damped out. Then the diaphragm closes completely.

(More on the camera in the archives.) 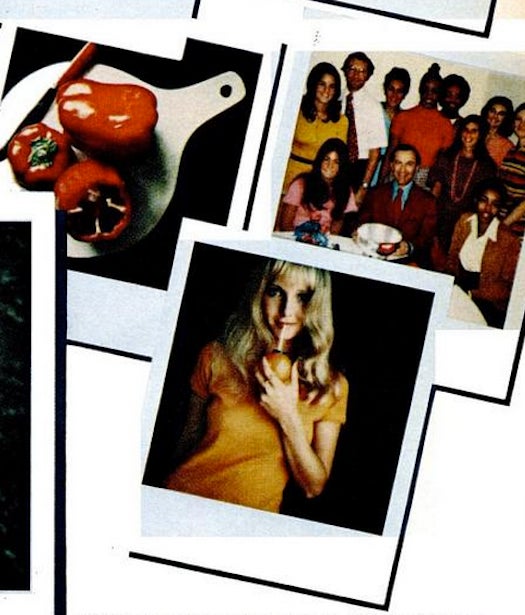 How does the film develop itself in the light without fogging the grains of silver halide not previously exposed? The film card is a unique “chemical darkroom” consisting of 17 chemical layers, some only a few ten-thousandths of an inch thick, sandwiched between a tough, transparent mylar film on top and an opaque acetate backing. The processing rollers rupture a three-part pod (at the bottom of the card) containing a mere 0.5cc of chemicals, and spread them between the lower negative layers and the upper positive layer, which will actually receive the dyes that form the image. (Any excess goo is trapped ingeniously in a cellulose strip at the other end of the film card.)

About half the content of the pod is titanium dioxide, a white pigment that will form a highly reflective background for the final image, which is in effect a transparency because it is formed on the back of the clear mylar top sheet. Together with a turquoise-colored opacifying agent – alkali – the titanium dioxide forms a chemical curtain that protects the still-sensitive negative layers from light millions of times brighter than the original exposure. 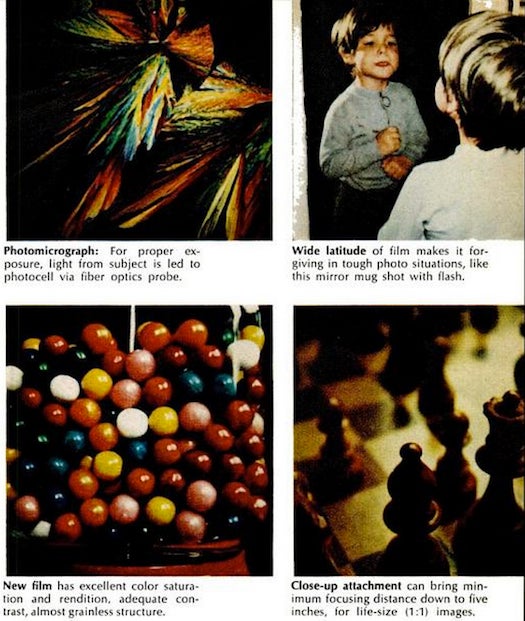 Photos have an unusual, gem-like depth because the color image lies underneath several transparent layers of film

Read the full story in our January 1973 issue: Inside Story on the Pocket Polaroid SX-70 Camera.