London, UK, Is In Ontario: The World According To Apple’s Horrid Map App

Unless you need to find an Apple Store, the Apple Maps app is pretty useless. In fact, it's not even great at finding Apple Stores. 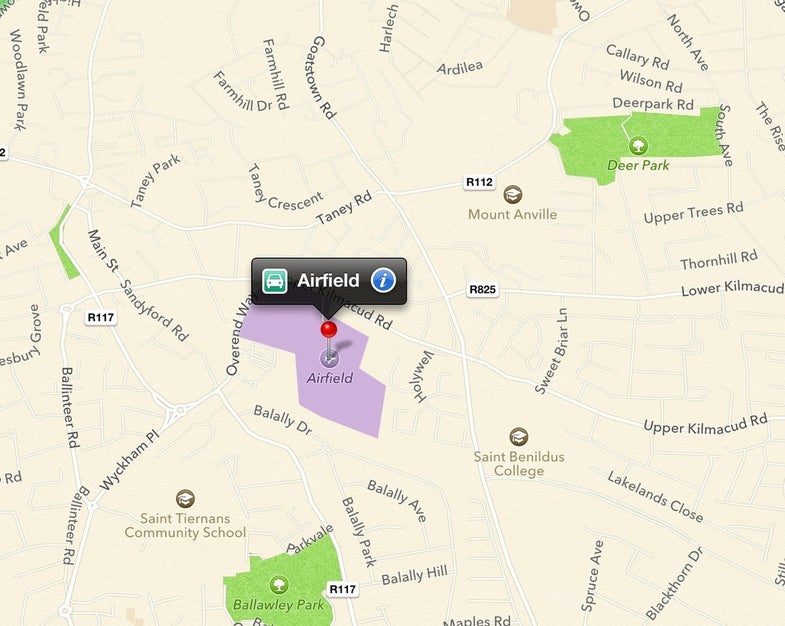 Apple’s iOS6, the operating system that will drive the new iPhone5 as well as previous iterations of iPhones should users opt to upgrade, is out, and not necessarily to rave reviews. The operating system itself is not the issue, but Apple Maps–the replacement for the much beloved Google Maps program that is no longer embedded in new iOS products–is turning out to be about as big a failure as many had imagined. Reports The Guardian: “Users were reporting that Paddington station had vanished, London had been relocated to Ontario, the Sears Tower in Chicago had shrunk, and Helsinki railway station had been turned into a park.”

So much for a seamless rollout. Most of the faulty cartography complaints appear to be coming in from the U.K. and mainland Europe, though there are also complaints rolling in from Asia. In Tokyo, a city known for its trains and its citizens reliance on them, some railway stations are missing entirely–including Tokyo station, one of the world’s largest train terminals.

One Twitter user has even pointed out that Apple Maps has tried to solve a particularly thorny and timely political problem by creating two sets of Senkaku–or Daioyu, depending on who you ask–Islands. These disputed land masses are claimed by both Japan and China and have recently been the source of rising geopolitical tension between those nations. It’s nice to think that Apple might be able to calm the escalating friction there, but let’s not forget that faulty digital cartography has led to international incidents in the past.

Elsewhere, one of Helsinki’s principal rail stations has been turned into a park and one of Dublin’s Park’s has been turned into an airport, a problem that a local minister says could lead to a serious issue should a pilot, with no other information available and looking to make an emergency landing, decide that Airfield (that’s the name of the park–see the confusion here?) is a reasonable place to set down an aircraft.

HuffPo has a long list of Apple Maps bloopers worth noting: Woolworth stores are back in business (many long defunct businesses are listed as present on the app). Stratford-upon-Avon doesn’t exist, a tragedy of Shakespearean proportions. The Falklands Islands are now uninhabited wildernesses. Even the Apple Store in Sydney is on the wrong side of the street.

For Apple, its a rare miss for a product release. For users, well, if you like Google Maps don’t upgrade to the new iOS6 unless you absolutely have to.