Here’s What’s Interesting About the Nintendo Wii U

Tablet, TVii, games, price, release date. If it's not in this post, you can be cheerfully ignorant of it. 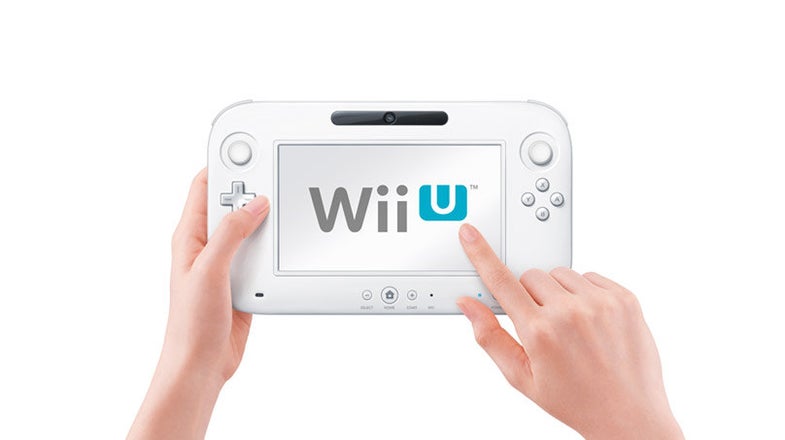 We’ve known about the Nintendo Wii U, the followup to the somehow-both-popular-and-niche Wii, for a long time. Like, more than a year. But it’s almost here, and today Nintendo showed off more of it, in more detail. Here’s what’s actually interesting about it.

IT HAS A TABLET THING

Imagine a post-iPad version of the Sega Dreamcast’s VMU, that little Tamagotchi-type thing that lived in the Dreamcast’s controller. Stick a screen in the controller! Now you have two screens! This one is a touchscreen, and it’s sort of uncreatively called the Gamepad. You can play games on your TV or on the Gamepad, you can see extra stuff on it (like football plays or world maps), and it also functions as a remote control for all of the Wii U’s remote control stuff (see: next category). You can buy the Gamepad separately, but you can only use up to two at a time, and they won’t be cheap (maybe around $175, though we’re not sure yet).

Just like the Wii had the big motion-control idea, and the DS had the multiple screens, this is Nintendo’s Weird Gimmick That Might Actually Be Fun, 2012 Edition.

IT WILL HAVE TV

One of the sneakiest things the game-makers have done in recent years is slowly but surely transform their consoles into legit media centers. This doesn’t get talked about enough, but the fact is that the PS3 is a pretty decent media center and the Xbox 360 is at least as good as the Apple TV or Roku. Nintendo has had Netflix but not much else, so the Wii U is an attempt to get in on that market a bit. Netflix, Hulu, Amazon, and, oddly, TiVo are all on board. This part of the console is called TVii, pronounced like it didn’t have those last two letters, and we basically have no idea how it works. For real! Watch this:

So it has DVR functionality through TiVo. What does that mean? Do you plug a TiVo into it? Does it just have TiVo software and you plug your coaxial cable into it? Where are shows and movies stored–on the Wii U’s meager storage (8GB or 32GB), or on another device? Or in the cloud? Does it have an HD antenna? It seems mostly like a Google TV–plug everything into it, and then you have one device that collects all of your content–rather than a cord-cutting enabler like a Boxee Box. But nobody knows exactly what this thing does.

IT WILL HAVE GAMES

I’m not listing them. Go read that somewhere else. Or watch this.

The Wii U costs $300 for the 8GB version and $350 to upgrade to a version with 32GB of storage, plus a subscription to Nintendo Network Premium (for discounts on future games) and a copy of Nintendoland, which looks fun. Not cheap! For $300 you can get an Xbox 360 with either a Kinect or a 250GB hard drive.

Nobody’s ever made a good two-screen gaming system, ever. The Dreamcast would win my vote for Most Charming Game Console of all time, but it was 1) not a success by any other metric and 2) abandoned the two-screen thing pretty much immediately because it didn’t work. And a lot of folks will call this a make-or-break for Nintendo, although when you only make one system every five or ten years, every single release could be a make or break.

IT COMES OUT NOVEMBER 18th

That’s when you can buy it.