Our long history with the Internet is causing us to lag behind other countries. But maybe there's another way. 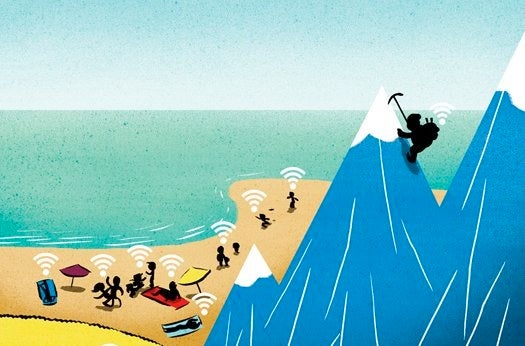 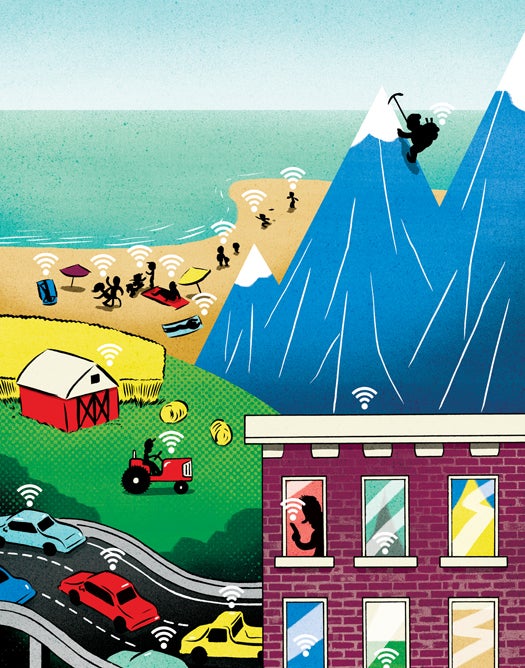 We invented the Internet here in the U.S., but other countries have long since improved on our work. We’re 13th worldwide in average connection speed, and we usually pay more to access those slower connections. In some parts of the country, a world-class connection is unavailable at any price.

Our system lags in part because it’s physically bound to its own long history. A century ago, for instance, it made sense to route telegraph and phone lines alongside train tracks, where someone had already negotiated right-of-way, but that means 21st-century data packets now run through networks optimized for 19th-century railroads. No wonder Latvia, South Korea, and others are pulling ahead: They’re building from scratch.

Several recent experiments are showing how we could start over with a new system ourselves—one that’s not just faster, cheaper, and more accessible, but also far less likely to become outmoded.

The key is wireless mesh networks. Engineers from Afghanistan to Brooklyn are studying how to use these networks—made up of hundreds of Wi-Fi routers linked by custom software—to achieve a variety of ends: connecting impoverished communities, creating off-the-grid phone service, linking activists in countries where the Internet is censored. Routers are cheap and constantly improving, so the networks are easy to upgrade. And because they connect to one another independently of the phone or cable company, access doesn’t have to cost anything. The problem, for now, is that people can’t reach anyone outside the network. If they want to send an e-mail to their grandmothers, they still have to send a check to the phone company first.

Make the network big enough, though, and it could in theory replace the commercial Internet. We’d just have to blanket the country with millions of little routers. How could we achieve such a feat? We already have. Phones, laptops, cameras, coffeemakers, game consoles, and millions of other gadgets all come with Wi-Fi right now and are capable of relaying data from one to the next. All that’s missing is a common protocol.

So what if—and granted, this is a big if—manufacturers agreed on that protocol? What if they began building common mesh-network drivers into every Wi-Fi device? Like the World Wide Web, the resulting network would at first be a mere novelty. But as users began to trust the system, they would find more reasons to connect—it would be free, after all—and eventually it might reach the same critical mass the Web did a decade ago. Best of all, since the “infrastructure” would consist only of consumer devices, it could improve as quickly as they do.

A worldwide communications system made entirely of gadgets sounds improbable, but the idea that our whole economy would migrate to the Web once seemed unlikely, too. When you open closed systems, things happen fast.