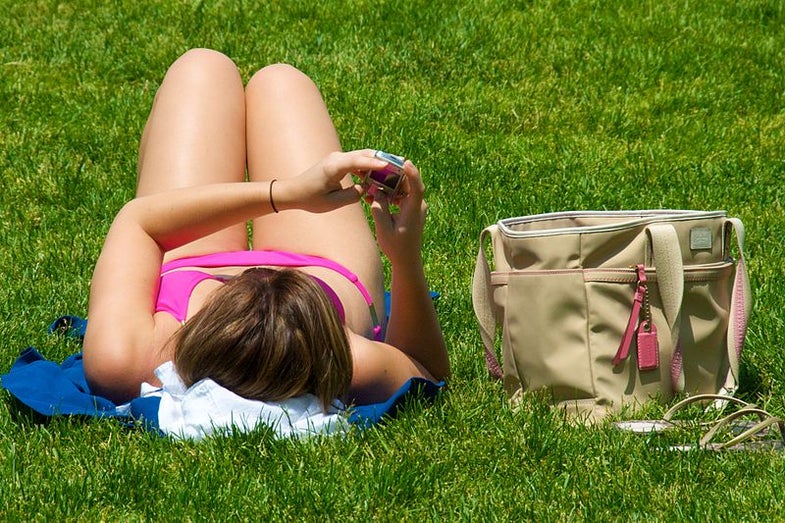 Here in New York, there are lots of reasons to take pictures of strangers who aren’t expecting it. The crazy lady pooping on the L train platform at Union Square? The guy who walks around Fort Greene Park with two African gray parrots on his shoulder? The impossibly old man riding a unicycle over the (very steep!) Williamsburg Bridge pike path? All totally acceptable scenarios in which to pull out your phone and take a picture. But in the U.K., more than 8 percent of people have confessed to taking illicit shots of…attractive people.

A survey of 2,076 Britons, taken by Nokia, reveals some surprising facts: there are enough attractive people in the U.K. for one-twelfth of the population to creepshot attractive strangers with their phones. (JK we love you guys.) “Our research has given us a real insight into the ever-changing quirky habits of the British public,” said the head of marketing for Nokia. Quirky and weird! Don’t do that, Britons. Creepshotting weirdos: fine. That guy with the parrots wants us to take his photo. The cute girl at the laundromat? She just wants to do her laundry.