Warfighters have plenty of eyes in the sky, with a massive drone fleet and a satellite network that can spot... 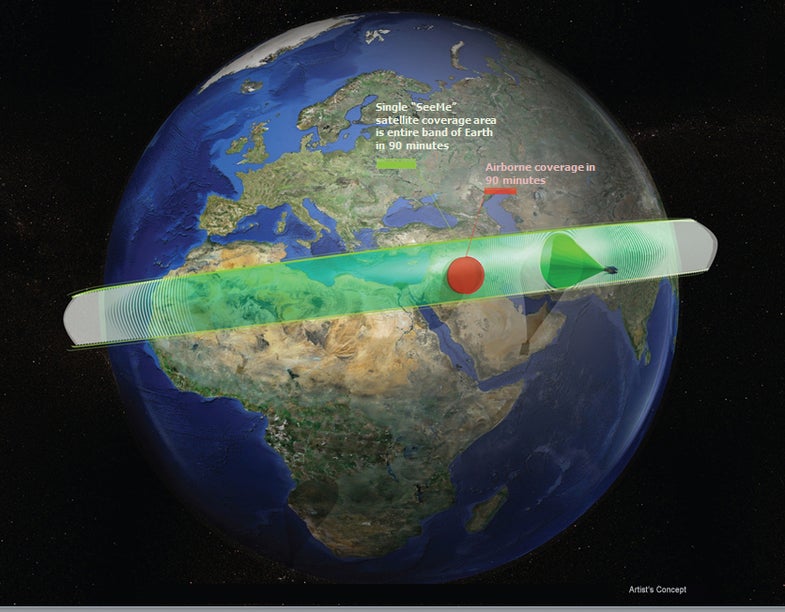 Warfighters have plenty of eyes in the sky, with a massive drone fleet and a satellite network that can spot their locations on the ground. But satellites are only helpful when they’re overhead, and battlefield situations can’t wait for orbital physics. To solve this problem, DARPA wants a swarm of cheap satellites nestled between the big ones up above and the aerial drones down below. The satellite swarm would be positioned in tactical orbits and able to send a space-based image back to any individual who wants a picture.

The SeeMe program (Space Enabled Effects for Military Engagements, hooray for meaningful acronyms) would use a smartphone or tablet to send a command, according to DARPA. A soldier or marine would press “see me” on a handheld device, and a satellite above would find the person and send back an image within an hour and a half. DARPA is seeking proposals for these satellites from the mobile phone, optics and racecar industries, which could have some ideas about low-cost manufacturing, imaging and propulsion.

The SeeMe fleet would consist of a couple dozen satellites, costing no more than $500,000 apiece, according to Dave Barnhart, DARPA program manager. They would have to sweep around the Earth in a specific pattern to provide planetary coverage, and would be situated at low orbital altitudes. They would last just two or three months before re-entering the atmosphere and burning up.

“SeeMe is a logical adjunct to UAV technology, which will continue to provide local or regional very high-resolution coverage, but which can’t cover extended areas without frequent refueling,” Barnhart said.