An animal rights group stopped a planned pigeon shoot over the weekend, leaving the would-be marksmen to shoot down another... 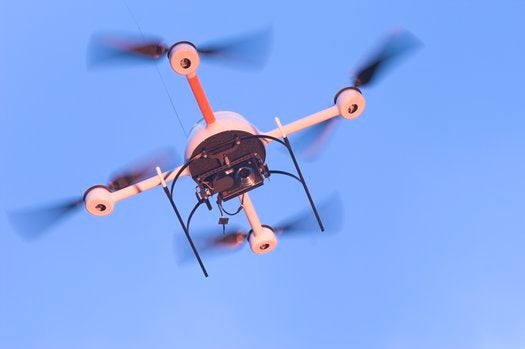 A microdrone like this one was shot down by pigeon hunters in South Carolina last February. Activists who use drones could find themselves in violation of new laws being debated in several states. Mikrodrones
SHARE

An animal rights group stopped a planned pigeon shoot over the weekend, leaving the would-be marksmen to shoot down another target: The animal group’s aerial drone.

A group called SHARK, SHowing Animals Respect and Kindness, went to Broxton Bridge Plantation near Ehrhardt, S.C., on Sunday to video a live pigeon shoot, according to the Times and Democrat of Orangeburg, S.C. The group lofted a small Mikrokopter drone and planned to tape the shoot. Law enforcement officers and an attorney tried to stop the drone from flying, according to the T&D. The group persisted, and apparently the shooters got back in their cars to leave, said Steve Hindi, president of SHARK.

The drone took off anyway, and then several shots rang out. One eventually struck the drone and it spiraled to the ground, to the dismay of the SHARK representatives who were filming it from the ground. The T&D has video of it here.

Civilian use of drones is becoming more widespread, with sometimes strange and interesting results. Microdrones, the maker of the drone used in this case, previously unleashed a drone to chase African wildlife to get some new animal footage. Last month an amateur drone pilot spotted a river of blood streaming from a pig slaughter facility in Texas, prompting the Texas Environmental Crimes Task Force to launch an investigation. And paparazzi drones could soon be stalking celebrities.

With new rules governing drones in U.S. airspace taking effect this fall, stories like this could become more common.