“Jarno Smeets” and the Physics of True Human Flight

Resident physics dude Adam Weiner shows us what it would really take to lift a human body off the ground, bird-style 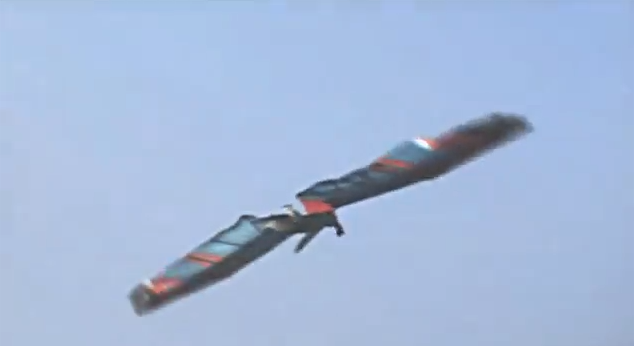 The notion of a person flying like a bird has universal and enduring appeal, so it’s not surprising that the “Human Bird Wings” video from “Jarno Smeets” went viral within a few days. However, now that it has been revealed to be an elaborate hoax, eight months in the making, and now that our dreams have been thusly dashed, let’s examine a scientific red flag in the video, one that when pursued bursts the entire fantastical premise: the problem of speed. Watch the video: He really isn’t moving very fast when he lifts up off the ground, so it doesn’t look quite right. Let’s analyze that.

When it comes down to it, the deal is this: What we see in the video must obey fundamental laws of physics to be possible. And knowledge of those fundamental laws will allow us to debunk the whole shebang. In assessing an attempt to simulate the flight of a bird, it’s obviously logical to apply the physics of flying birds to our analysis.

In simulating bird flight we can identify four relevant forces acting on the system: The force of gravity acting downward (weight), which is counteracted by an upward lift force, an air drag force which inhibits forward motion, and a forward thrust (or propulsion) force.

This means that in the case of a bird with a weight of 1 Newton (.225 pounds) it must be able to generate at least that much upward lift force.

In the case of a man weighing 800 Newtons who is attached to another (estimated) 300 Newtons worth of equipment, we would need at least 1100 Newtons of lift.

The question: Is this feasible based on what we see in the video?

Using the action in the video as data, and then applying some basic principles of physics and aerodynamics, we can see that it just isn’t possible.

To show this, let’s take a look at how birds (and airplanes for that matter) create lift. Basically, when a wing moves through a fluid, the shape and angle of attack of the wing work together to create a pressure difference between the top and bottom of the wing, resulting in an upward lift force. (The angle of attack is the angle of the wing relative to the oncoming airflow.) While the details are much more complicated than the usual popular explanation of Bernoulli’s equation applied to air flow over a curved wing, or an application of Newton’s Third Law between the oncoming air and the wing, both principles are involved and relevant in a complete explanation of the lift force.

In order for a bird to generate lift, it has to propel itself forward through the air such that air flows over its wings. Even though a bird flaps its wings rather than holding them still, as with an airplane, the majority of a bird’s lift is created by the forward gliding motion of its wings, not by the flap-flap motion of pushing downwards. The faster the forward motion of the bird, the greater the lift.

One way to estimate the lift force on a wing surface is with the following equation:

Where L is the lift force, and ρ is the density of the fluid (air, in this case), C is the lift coefficient at a given angle of attack which is usually measured experimentally, A is the surface area of the wing, and v is the velocity of the wing relative to the oncoming air.

Let’s apply this equation to our human bird wings and see what we get. We’ll make the following estimates. Based on a still photo of the wings I estimated their surface area to be 7 square meters. Air density at sea level is approximately 1.25 kg/m3. We can look up studies of bird flight and find that maximum lift coefficients for birds tend to be in the range of 0.8 to 1.2. We’ll be generous and give the wings a lift coefficient of 1.2. Finally we have the crucial effect of velocity on generating lift. On the human bird wings website the fictional Jarno Smeets claims to have flown about 100 meters. I timed the video clip and trying to account for cuts etc. estimate a travel time of 25 seconds which corresponds to a speed of

Plugging all of this into the above equation results in a lift force of (drum roll, please):

Just for fun, let’s reverse the calculation and find out how fast he would have to be moving to generate 1100 N of lift. Solving for v we get:

Now it must be noted that CGI artist Floris Kaayk (aka Jarno Smeets) went to a lot of time and effort to pull this off. In addition to the weekly blog posts in which he “documented” the development of his “human bird wings” over a period of several months, Kaayk goes to some lengths to show how his pretend mechanical wings mimic the wing motion of birds. He implicitly acknowledges the obvious fact that human arm muscles are highly insufficient for the task and intrigues us with his astonishing control system, which purportedly remotely syncs his arm motion to the motion of a motor using a Wii controller. Finally, although there are some aspects of the video production which are suspicious (as pointed out by some entertainment media experts), he’s a pretty good actor and looks and acts genuinely exhilarated after his “flight.”

While our intuition may not always be correct, as it was in this case, when confronted with the increasing proliferation of cleverly edited videos like this one and using some basic physics to pursue the clues, we can go a long way towards determining the ever more relevant question: Is it real or is it a fake?