The World Through Google’s Smartglasses 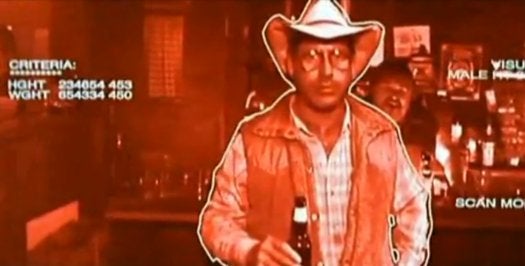 Google announced yesterday that before the end of 2012, you will be able to buy augmented-reality smart eyeglasses from the search giant. The Android-powered glasses will have an onboard camera that monitors in real time what you see as you walk (or, heavens preserve us, drive) down the street. The lenses will then overlay information about people, locations, and whatnot directly into your field of view.

We knew this day was coming, but I certainly didn’t suspect it’d be so soon. Never again will you have to wonder Where is the closest Pizza Hut? or What make of car is that? or Don’t I know her from somewhere? Ubiquitous smartphones have already given us the ability to swiftly look up information with only a moderate disruption. Smartglasses completely remove the mediating step of pausing to wonder and ponder and research: data is simply there, an inseparable part of your visible world.

Overlay Google Maps onto the real world, and navigation becomes effortless. Overlay reviews and menus onto restaurant storefronts as you pass them; overlay nutritional data onto your plate as you eat; overlay purchasing info if you particularly admire your co-worker’s new shoes; overlay translations of foreign signage, breaking news, hilarious kittens romping at your feet.

As smartglasses become popular, the world will start to seem naked and inaccessible without a glossy data layer on everything.

As smartglasses become popular, the world will start to seem naked and inaccessible without a glossy data layer on everything. Everyday activities, maneuvering through the physical world, socializing, working, learning, will all be increasingly eased by the use of glasses; increasingly, until these activities start to feel almost impossible without the glasses. Who’s going to have patience to laboriously explain facts to a non-data-overlaid person? Give you my business card? Point you in the direction of Fifth Avenue? I don’t even remember how to spell my name! Where are your Googles?

Will businesses see the need for physical signs and billboards? Will municipalities bother to maintain physical street signs and traffic signals? Will smartglasses make the university lecturer’s blackboard and salesman’s PowerPoint obsolete as well?

What comes after that? With everyone wearing glasses (or, at this point in the future, contact lenses or implants), individual appearance becomes as malleable on the street as it is now on the Internet. You can overlay your real body with a digitally altered one, saving money on subtle nose surgery or just completely living life as a furry avatar.

What, though, will it take to get us to that tipping point, when head-up augmented reality suddenly shifts from a novelty to a ubiquity? Wearing cumbersome goggles on your face as you proceed through your day is a bit more of an intrusion than I for one am ready for. Sony’s 3DTV goggles are impressive and designed only to be worn in the comfort of your couch, and still I have yet to meet someone who owns a pair. The gear will have to be small and easy to integrate with your basic life processes. Perhaps AR windshields in our cars will become common first, before we put them on our faces.

But, however it comes — the fully mediated future has begun.