For the first time, researchers have been able to hack into the process of learning in the brain, using induced... 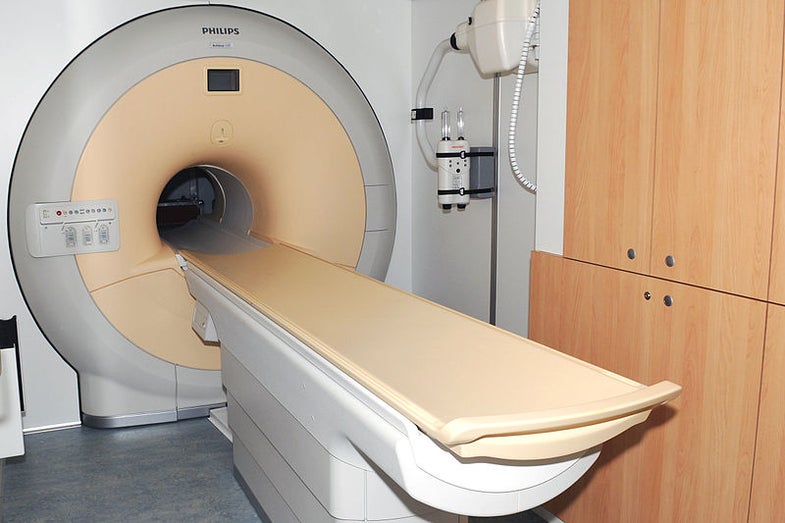 For the first time, researchers have been able to hack into the process of learning in the brain, using induced brain patterns to create a learned behavior. It’s not quite as advanced as an instant kung-fu download, and it’s not as sleek as cognitive inception, but it’s still an important finding that could lead to new teaching and rehabilitation techniques.

Future therapies could decode the brain activity patterns of an athlete or a musician, and use them as a benchmark for teaching another person a new activity, according to the researchers.

Scientists from Boston University and ATR Computational Neuroscience Laboratories in Kyoto used functional magnetic resonance imaging, or fMRI, to study the learning process. They were examining the adult brain’s aptitude for visual perceptual learning, or VPL, in which repetitive training improves a person’s performance on a particular task. Whether adults can do this as well as young people has been an ongoing debate in neuroscience.

The volunteers were again placed in MRI machines and asked to visualize shapes of certain colors. The participants were asked to “somehow regulate activity in the posterior part of the brain” to make a solid green disc as large as they could. They were told they would get a paid bonus proportional to the size of this disc, but they weren’t told anything about what the disc meant. The researchers watched the participants’ brain activity and monitored the activation patterns in their visual cortices.

“Participants can be trained to control the overall mean activation of an entire brain region,” the study authors write, “or the activation in one region relative to that in another region.”

This worked even when test subjects were not aware of what they were learning, the researchers said.

“The most surprising thing in this study is that mere inductions of neural activation patterns corresponding to a specific visual feature led to visual performance improvement on the visual feature, without presenting the feature or subjects’ awareness of what was to be learned,” Watanabe said in a statement.

Watanabe and colleagues said this method can be a powerful tool.

“It can ‘incept’ a person to acquire new learning, skills, or memory, or possibly to restore skills or knowledge that has been damaged through accident, disease, or aging, without a person’s awareness of what is learned or memorized,” they write.

The paper appears in the journal Science.