Submarines are excellent at avoiding detection. When submerged they are so far off the grid, in fact, that it’s difficult... 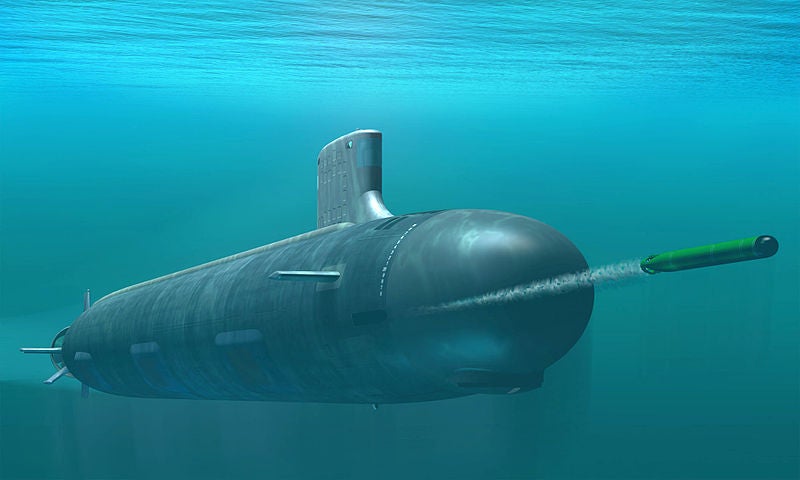 Submarines are excellent at avoiding detection. When submerged they are so far off the grid, in fact, that it’s difficult for them to stay in contact with the naval bases that supply them with orders and information, or for them to beam information back to base. But a new quantum communications solution could change all this, allowing submerged submarines to communicate via laser pulses by exchanging encryption keys and messages over satellites.

Currently, submarines use randomized codes or “keys” to encrypt messages. These are established ahead of time between a sub and its communications base, and each code is only used one time so that an enemy cannot crack a code and use it to decipher future communications.

But this is problematic. For one, it is logistically cumbersome. And a submarine that’s going on a long-duration mission has to pack lots and lots of keys, which could fall into enemy hands if the sub is overtaken. Moreover, even with plenty of secure keys, the communications between sub and base are extremely slow. In order to penetrate water, transmitters have to use very low frequency radio waves. These only allow for a few characters to be transmitted each second. While the rest of the world (and the battle space) communicates at high speed, subs are stuck with dial-up. In order to send or receive information in bulk or at speed subs have to surface, and that leaves them visible and vulnerable.

But researchers at defense firm ITT have an idea. Using quantum key distribution, subs could encode a key into photons (using the photons’ polarization to represent ones and zeros) making for a virtually un-hackable key–any attempt to intercept the photons would disturb the quantum system in a measurable way, alerting the sender and receiver that a third party is listening in (this is generally achieved via quantum entanglement).

With a secure key established, submarines could then–theoretically at least–stay a few hundred feet below the surface and transmit photons via lasers to satellites, where they could be bounced back to a base on the ground. The researchers’ simulations apparently demonstrate a system that could send and receive data at rates of 170 megabytes per second while a submarine is below the water line. That’s video-worthy data streaming.

Of course, first you would have to figure out just how well photons will hold their quantum states as they travel through water, as any deviation that disrupts the quantum system would render the system insecure (and pointless). And then you need a satellite that can receive and relay quantum-encrypted signaling–again, without disrupting the quantum states of the photons. In other words, this technology is far from battle-ready. But it could someday take high-speed, secure data transfer to depths where it currently doesn’t exist.