NASA Will Spend $30 Million Buying Private Moon Mission Data, In Lieu of Launching Its Own

In an acknowledgement that the private space industry just might have something going for it, NASA is setting aside $30... 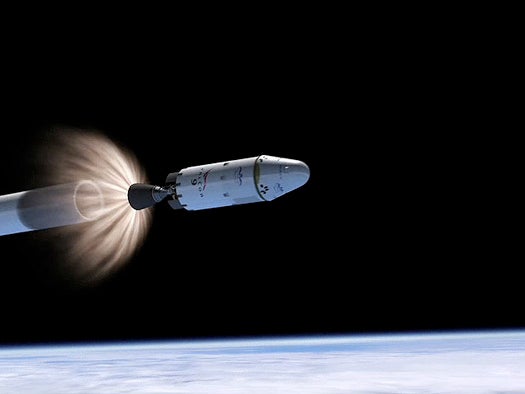 In an acknowledgement that the private space industry just might have something going for it, NASA is setting aside $30 million to buy information gleaned from future commercial missions to the moon. NASA believes it can learn from these missions and will pay up to $10 million per mission for data that could be useful for future robotic or manned missions of its own even though NASA has no lunar missions on the books.

NASA is trying to leverage the technology push initiated by the Lunar X Prize – the Google-funded competition offering a $20 million purse to the first non-government entity that can put a robotic rover on the moon – into research that could inform its own future ambitions, be they lunar landings or future missions to asteroids or even Mars. For instance, NASA is interested in autonomous navigation tech that enables landing spacecraft to identify and avoid hazards on the ground.

Of course, the main obstacle to private spaceflight is cost, and those costs come on the front end rather than the back. NASA is in the market for proven, post-mission data but has said it will pay up to $1.5 million up front for pre-flight data provided ground demonstrations of a particular technology look promising. Given the fact that the X Prize doesn’t pay until a team gets to the moon, that kind of cash infusion could help teams get their technology onto the lunar surface sooner rather than later (the deadline for the prize is 2012).

If NASA gets useful information – and there’s no reason they shouldn’t if they shop wisely – this could be $30 million well spent. For its money, NASA gets fresh minds from outside the company working on problems that concern NASA’s future goals, but the space agency doesn’t actually have to put together its own mission (which would run far more than $30 million). With the agency in limbo while Congress argues its future, NASA might as well spend its money buying widely applicable technologies from private entities while it waits to see where to invest itself for the long-term.