DARPA is an interesting and innovative agency, not only because it pushes the science and technology envelopes, providing funding, purpose,... 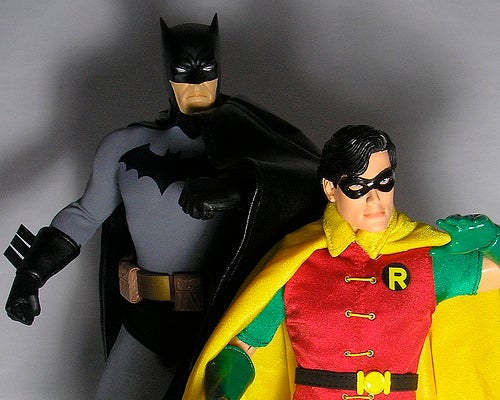 DARPA is an interesting and innovative agency, not only because it pushes the science and technology envelopes, providing funding, purpose, and goals to R&D houses looking to create next-gen technology, but also because its talents are unparalleled when it comes to acronyms.

This dynamic duo of programs aims to turn basic biology into a tool for better situational awareness and decision-making. Put in DARPA’s own words, BaTMAN would strive to “develop an understanding of the relationship between biological systems and the spatial-temporal universe through the application of advanced principles from the physical sciences,” while RoBIN will seek to “apply the critical control features of biological networks to build unique models for adaptable networks, and create a dynamic biologically-inspired network of scientists and other experts for crisis response and complex decision support.”

DARPA wants BaTMAN applicants to look into micro-scale physical and biological laws — things like quantum and biological clocks, physiological signal processing, and synchronized natural rhythms — and their influences on the world at large. The DoD would ostensibly use such mechanisms to “transform biology from a descriptive to a predictive field of science.”

For its part, RoBIN would explore more macro-scale characteristics of nature — group behaviors, complex adaptable networks, and other principles of biological design — to inform the strategies used in complicated decision-making processes (presumably in situations of gravity, such as in life-and-death battlefield scenarios or weighty decision-making procedures higher up the chain of command).

Leveraging biology into better military performance is exactly what we expect from DARPA, but there is one mild disappointment here: two programs called named for the Dark Knight and his sidekick, and not a single mention of gravity defying grappling hooks, multi-wheeled all-terrain vehicles, or utility belts that, despite their compact size, contain any conceivable gadget one might require to escape a nefarious trap? It’s almost as much of a letdown as Batman Forever.