Some innovations in flight are huge; for instance, this week we’ve already seen concepts for a flying car and caught... 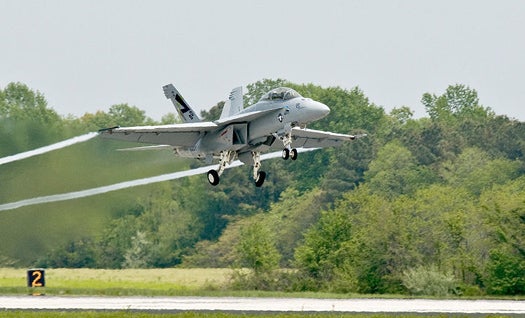 Some innovations in flight are huge; for instance, this week we’ve already seen concepts for a flying car and caught wind of the first fully-autonomous helicopter flight.

But other aviation innovations are as simple as a fresh coat of paint. An Israeli nanotech company is claiming that it has created a special paint that makes planes, missiles, drones, and other aircraft invisible to radar.

The company, called Nanoflight, says it has completed an initial test run and found that missiles painted with its proprietary nano-paint are very difficult to detect with radar. The paint doesn’t make aircraft disappear completely from radar instruments, but it is disruptive enough that it is very hard for equipment to register their signatures as incoming war craft.

Radar works by sending out electromagnetic waves and seeing what comes back. If those waves strike a solid object — like an incoming aircraft — these waves are scattered. But some of them return to the radar receiver, and a regular, repetitive returning of those waves produces a positive ID of an object. The nano-paint simply absorbs these waves and dissipates them as heat that scatters into the atmosphere. The radar might still pick up a few returning waves, but the signal is weak and irregular and generally wouldn’t register as an incoming object.

It’s not perfect, but it’s cheaper than buying a stealth aircraft and could produce a cost-effective means for entire fleets to add a layer or stealth to their tactical portfolios. Nanoflight officials also claims there are civilian uses for the stuff, like protecting buildings from radiation caused by nearby high-energy power lines.