Having had limited success catching America’s enemies by “smoking them out of their holes,” Lockheed Martin and the DoD are... 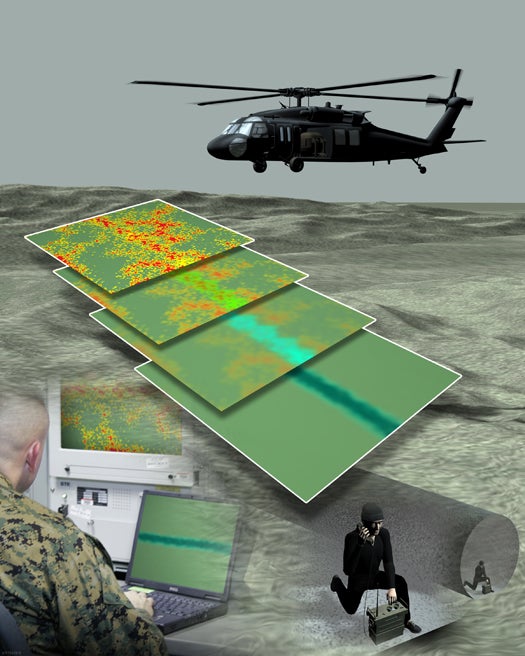 Having had limited success catching America’s enemies by “smoking them out of their holes,” Lockheed Martin and the DoD are turning to an airborne sensor-based platform to map the subterranean world and identify possible threats hiding there. As part of DARPA’s Gravity Anomaly for Tunnel Exposure (GATE) program, Lockheed will develop a system that identifies underground targets by analyzing gravity signatures for the sign of man-made tunnels, bunkers, or caches.

The sensor platform will work from the sky, saving ground troops the trouble of traversing difficult terrain. Mounted on a drone or perhaps a manned aircraft, the system is expected to detect and classify characteristics of the underground as natural or man-made in real time using gravity gradiometers. These instruments, generally used in resource exploration or navigation, measure tiny differences in the Earth’s density, and according to Lockheed should “discriminate a man-made void from naturally-occurring features such as topography and geology, yielding a near real-time map of what is underground.”

But what then? If an underground bunker is detected but is determined inaccessible troops for geological or political reasons, DARPA has a few tricks up its sleeve, not least of which is an autonomous tunneling vehicle that can drop from a plane, burrow underground, and deliver a munitions payload to a location of the military’s choosing. By comparison, “smoking them out” sounds antique.