For the First Time, a Full-Sized Helicopter Makes a Completely Autonomous Flight

An Army-funded research group at Carnegie Mellon University, working with engineers at Piasecki Aircraft Corporation, has made a huge leap... 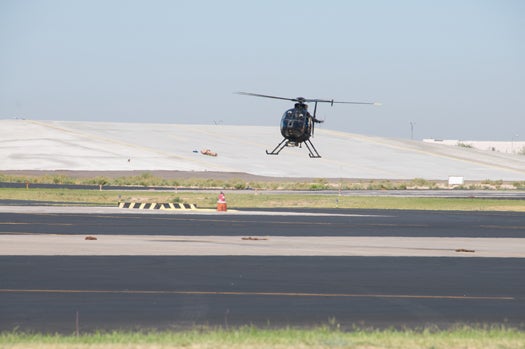 An Army-funded research group at Carnegie Mellon University, working with engineers at Piasecki Aircraft Corporation, has made a huge leap forward — or perhaps skyward — for the future of autonomous flight. In mid-June, the team launched an unmanned helicopter and watched it land several minutes later, after negotiating an in-flight obstacle course. But unlike previous unmanned helo flights, this one required no human input whatsoever; for the first time ever, a full-sized helicopter made a fully autonomous flight.

Robotic helicopters aren’t new — the Army and others have sent them skyward several times over the past decade, but human handlers preprogrammed those flights or piloted them remotely. Last month’s flight saw the chopper lift off, choose its own flight path, and set down intact without reaching out to humans for help. Such autonomy could alter the way the Army utilizes its fleet of rotary aircraft.

For instance, helos are often the best way to evacuate wounded soldiers from hot combat zones, but as one might imagine landing a massive aircraft on a battlefield creates an easy target. Couple that with nighttime conditions or poor visibility and the challenges and risks become even greater. But using a battery of sensors that provide increased visibility and 3-D mapping of the terrain below, a robo-copter could negotiate such difficult conditions more quickly and easily than human pilots.

Coupled with a robotic medic like a future incarnation of DARPA’s Trauma Pod, medevac units could become fully autonomous, landing in combat zones, stabilizing wounded soliders, and transporting them to field hospitals without putting a single additional human soldier at risk. And the tactical applications for a fully autonomous combat chopper — well, you can imagine.

The software that runs the auto-helo has more in common with the autonomous vehicles developed for DARPA’s Urban Challenge than with, say, the unmanned aerial drones used in Iraq and Afghanistan because they have to negotiate obstacles and threats from the ground — two things that are of little worry at 60,000-plus feet. If autonomous navigation software is getting so good that it can keep a helicopter from making critical flight errors in the sky under adverse conditions, it will be interesting to see what other robo-tech shakes out of this endeavor.