Law officers in Brockton, Mass., have a new tool for fighting crime: the iPhone. Using a new app armed with... 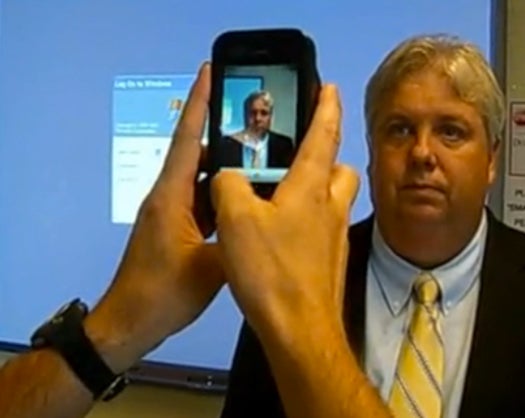 Law officers in Brockton, Mass., have a new tool for fighting crime: the iPhone. Using a new app armed with facial recognition software linked to a statewide database, cops can snap a picture of a suspect in the field and within seconds pull up that person’s identity on the device.

The system, known as MORIS (Mobile Offender Recognition and Identification System), will allow officers out on the road to identify those people who already have their face — and, if applicable, their criminal history — in the police database. It will initially be used by Brockton’s gang unit, but will eventually be deployed statewide.

The devices are actually augmented iPhones (see the video below), armed with what appears to be a much larger battery as well as some extra hardware. That’s because while the phones are currently armed only with facial recognition software, MORIS maker B12 Technologies will eventually add iris recognition and fingerprint recognition to the devices, allowing officers on the beat to make a very positive ID (anyone who’s seen Law and Order knows wrongful arrests are a headache for everyone involved).

Where do the privacy activists stand on all this? For now, it appears they’re remaining mum, though they’ll likely have something to say about all this biometric data banking and on-the-spot recognition software. In the meantime, Brockton’s CoP says the system will only be used when the police are actively searching for a suspect or when someone has committed an offense, not as a routine tool to ID citizens on the street.

Don’t look for MORIS under the “Free Apps” section of the iTunes store. The augmented devices, loaded with all the proper software, cost around $3,000 each. But you can see MORIS in action in the video below.