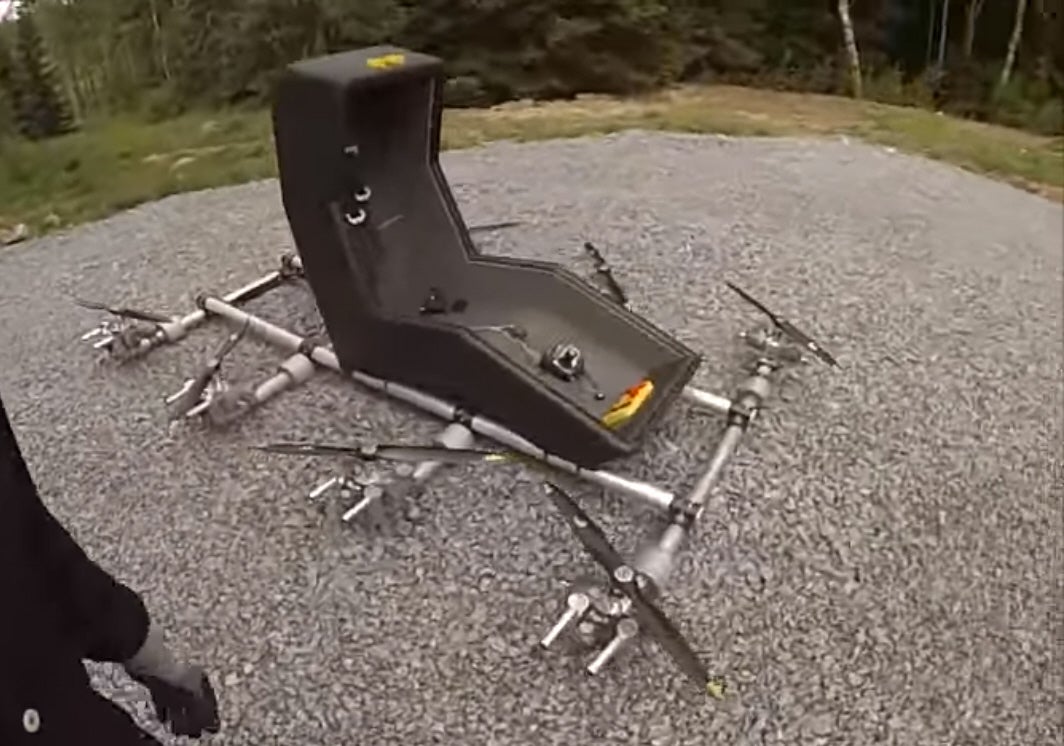 This flying machine can’t properly be called a drone, as the pilot sits inside the vehicle. Yet the eight small rotors, the simple open-air construction, and vertical takeoff all make it seem drone-inspired. The Swedish maker behind the “amazingdiyprojects” Youtube channel built himself an eight-engined platform that flies. Like this:

The building and refining of the vehicle can be seen in a video series that’s 12 parts long so far.

We’ve seen other multicopters built to carry people, like this barely functional one with 16 rotors, or this more stable one with 54 rotors. How does this DIY flying chair get by with just 8? Those other people-carrying multicopters used electric engines, which are simple and relatively weak. This flying chair, instead, uses combustion engines. They’re loud, efficient, and powerful, creating an impressive flying cacophony.