And here come the folding phones. 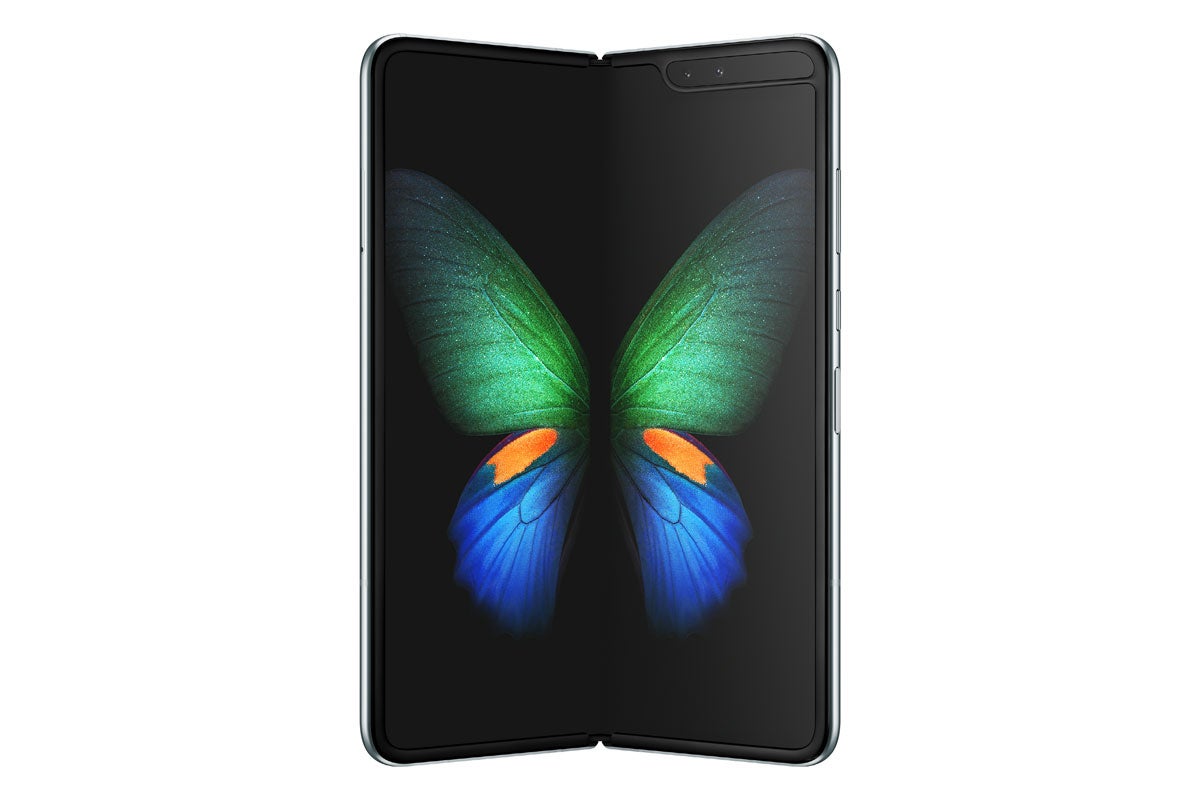 When Apple first announced the iPhone X back in 2017, its $1,000 price tag earned it a place as a technology status symbol. In reality, at that time, owning an iPhone was already a somewhat reliable indicator that a person had a “high-income,” according to data from a 2016 study. But from a tech standpoint, the iPhone X wasn’t really a first-generation product. The FaceID camera is cool, but it’s nearly invisible by design. It doesn’t have the whiz-bang features that can make you seem more interesting than you are at a dinner party. That’s where the new Galaxy Fold comes in.

Samsung’s new folding phone has been rumored since last year. We’ve seen other companies with prototypes and last fall the Samsung dropped some cryptic details about its upcoming device. Today, however, the Galaxy Fold became official and it’s pretty much exactly as absurd—at least when compared to the rest of the smartphones on the market—as everyone expected.

The big draw, of course, is the folding screen. When closed, the Fold looks like two smartphones stacked on top of each other. The screen on the front is just 4.6-inches, which seems paltry compared to the massive displays on other flagship phones, which regularly climb over 6-inches across. Flop the Galaxy Fold open, however, and you get a 7.3-inch Infinity Flex Display with a 1536 x 2152 pixel resolution. It’s just a little smaller than the 7.9-inch iPad Mini screen (RIP little buddy).

Behind the screen, there’s a newly designed hinge with interlocking gears that helps it fold and unfold smoothly, while preventing it from flapping wildly when you want it to stay put.

All of these new features are variables, which are part of what make early adopting fun. Samsung has doubtlessly tested the durability of the hinge, but once thousands of these start heading out into the pockets of the real world, only then will we know exactly how durable it really is. And what about the folding portion of the screen? If you get a nickel crammed in there from the change you got when buying a Slurpee, will it wreak havoc on your display? Samsung says it won’t, thanks to a “new polymer” material in the screen that makes it 50 percent thinner than a typical screen and tougher to boot.

We had similar curiosity when the iPhone first showed up on the scene in 2007. Physical keyboards were still everywhere and people wondered if tapping a screen instead of pushing a button would be practical.

The Galaxy Fold’s software includes some unexplored territory as well. The phone runs Android, but it has some specific features to help take advantage of the phone’s unique form factors. For instance, you can now multitask with up to three apps at a time. That could actually be very useful, but the implementation already looks a little wacky. For instance, this is what it looks like when you watch YouTube as one of your windows.

The video itself is hilariously tiny, which slightly defeats the purpose of having a big screen in the first place. Eventually, these UI issues will shake out, but the growing pains are part of the process.

Other software features include the app continuity that allows users to do things like preview a Facebook post on the phone’s smaller front screen, then open it up to view its full details on the bigger display. This promise of seamless transitions looks wonderful, but it will only roll out to apps as they develop for it. Android doesn’t exactly have the best reputation for quickly updated apps, so folding and unfolding could produce some unexpected results.

Beyond the screen shenanigans, it has six different cameras. There are three on the front, two on the inside, and one on the back. That’s an absurd number of cameras.

All of this uncertainty is the lifeblood of gadget nerdery. While there’s room for things to go very wrong, it’s also—in a way—the official start of a new gadget category. Samsung likely won’t sell a ton of them, largely thanks to the $1,980 price tag, which is enough to get you a Galaxy S10, an iPad, and all the Fortnite bucks you could spend on fancy dances and cartoony character skins. But it’s not just the price tag that makes it interesting. It’s a device people will be curious about when they see it.

To top it all off, Samsung didn’t skimp on the tech specs for the device. It has a fresh 7 nm processor and 12 GB RAM to handle its multitasking promises. It has 512 GB built-in storage and a pair of batteries that work in concert for a total of more than 4,300 mAh of juice.

All of this seems especially exciting coming off of 2018, a year in which most of the high-end smartphone updates felt like baby steps rather than big leaps, at least when it comes to hardware. Should you buy one of these? Probably not—unless you’re a fancy executive who keeps a Peleton smart exercise bike in your house and another in your tastefully appointed office that overlooks a scenic park. But it sure will be fun to mess with at the cellphone store at the mall or when your buddy buys one. That’s the mark of a truly great early-adopter device.