Facebook Messenger Rooms wants to be the new Zoom

The company has some upgrades to help people communicate during social distancing. 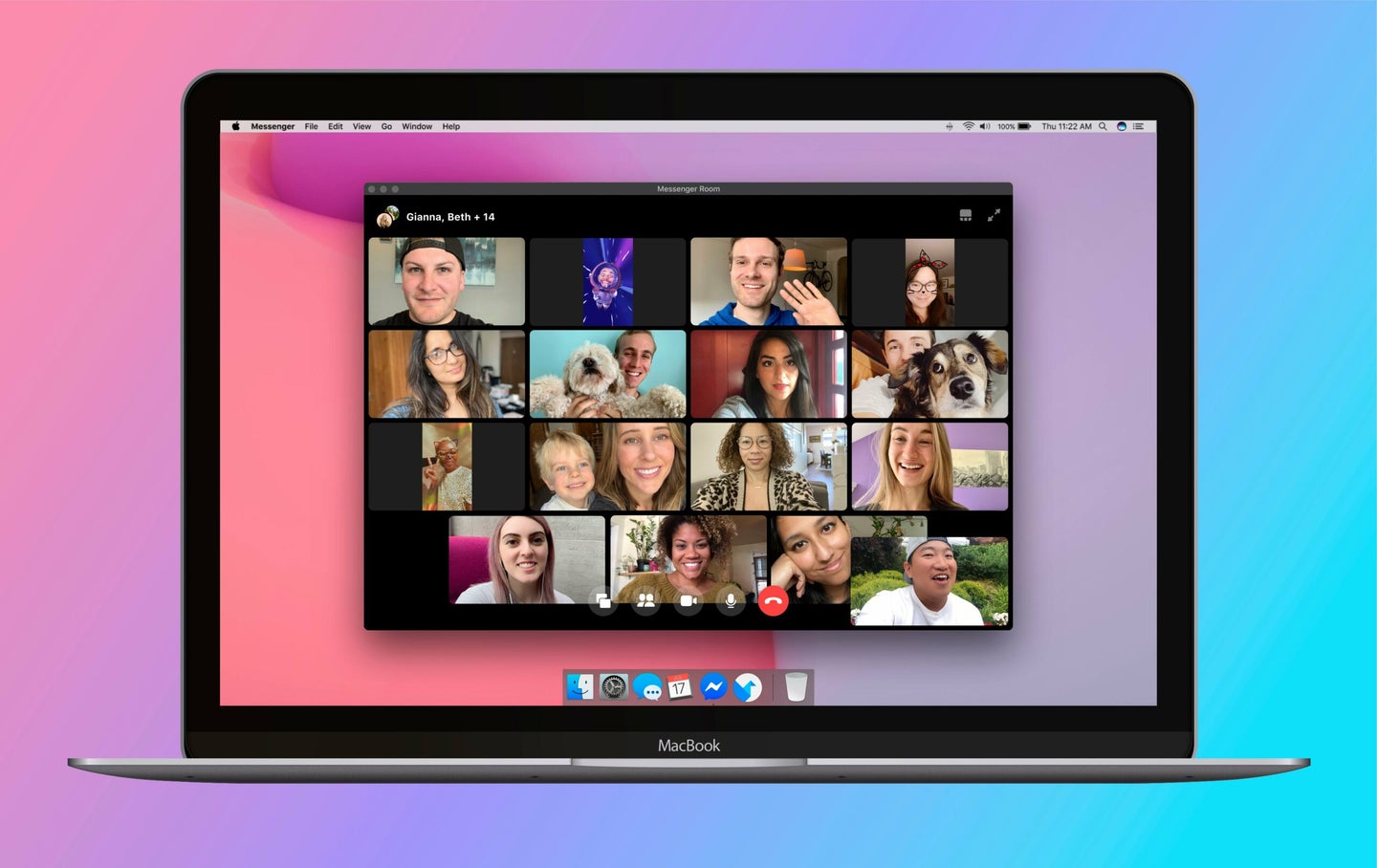 Since Facebook added video chat to Instagram back in 2018, Facebook has offered its users numerous ways to carry out real-time face-to-face interactions. By that point, almost every corner of the Facebook world—including Messenger and WhatsApp—offered some kind of video chat option.

When social distancing began, however, users flocked to Zoom for their group chats—it turns out people wanted work-style conference calls with video. That’s one of the few video calling corners Facebook hadn’t yet explored.

Last week, however, Mark Zuckerberg introduced Facebook Messenger Rooms. Like Zoom, it allows large groups of people—the new Rooms feature allows up to 50 participants at a time—to have a large meeting. Unlike Zoom, however, there’s no time limit for free accounts. Facebook also hopes people will use Rooms more casually. When users log into their Facebook feeds, they’ll see a bar indicating which of their friends have active rooms so you can just drop in.

It’s not limited to your Messenger account, either. Users will be able to jump into rooms from Instagram, WhatsApp, or even without a Facebook account. Once inside a room, users can take advantage of some familiar Facebook video chat features, such as Snapchat-style augmented reality filters to change your appearance.

Zoom has been criticized for the prevalence of “Zoom bombing,” which involves strangers dropping into video chats in order to disturb the participants. To prevent that, Facebook allows users to decide whether Rooms are public or restricted to invited guests. As part of the Facebook ecosystem, users can report Rooms to the company so moderators can review the content to see if it falls in line with the rules.

In terms of security, Rooms aren’t encrypted as Zoom claims to be. However, Facebook says it won’t be listening in to see what participants are saying. WhatsApp, however, does offer encrypted video calls, but they can only accommodate up to eight people at a time (up from four previously).

While Rooms has started to roll out around the world, Facebook is just one of many companies playing catch-up to Zoom when it comes to getting large groups together on video. Just last week, Google started rolling out its gallery view presentation for its Meet platform that arranges attendees video feeds on a grid.

In early April, Microsoft’s Skype rolled out its Meet Calls, which are free and don’t require users to download the Skype app in order to participate. Still, despite its long history and large pre-existing user base, Skype hasn’t experienced anywhere near the kind of growth that Zoom has experienced.