Some texts and pics should leave no trace. 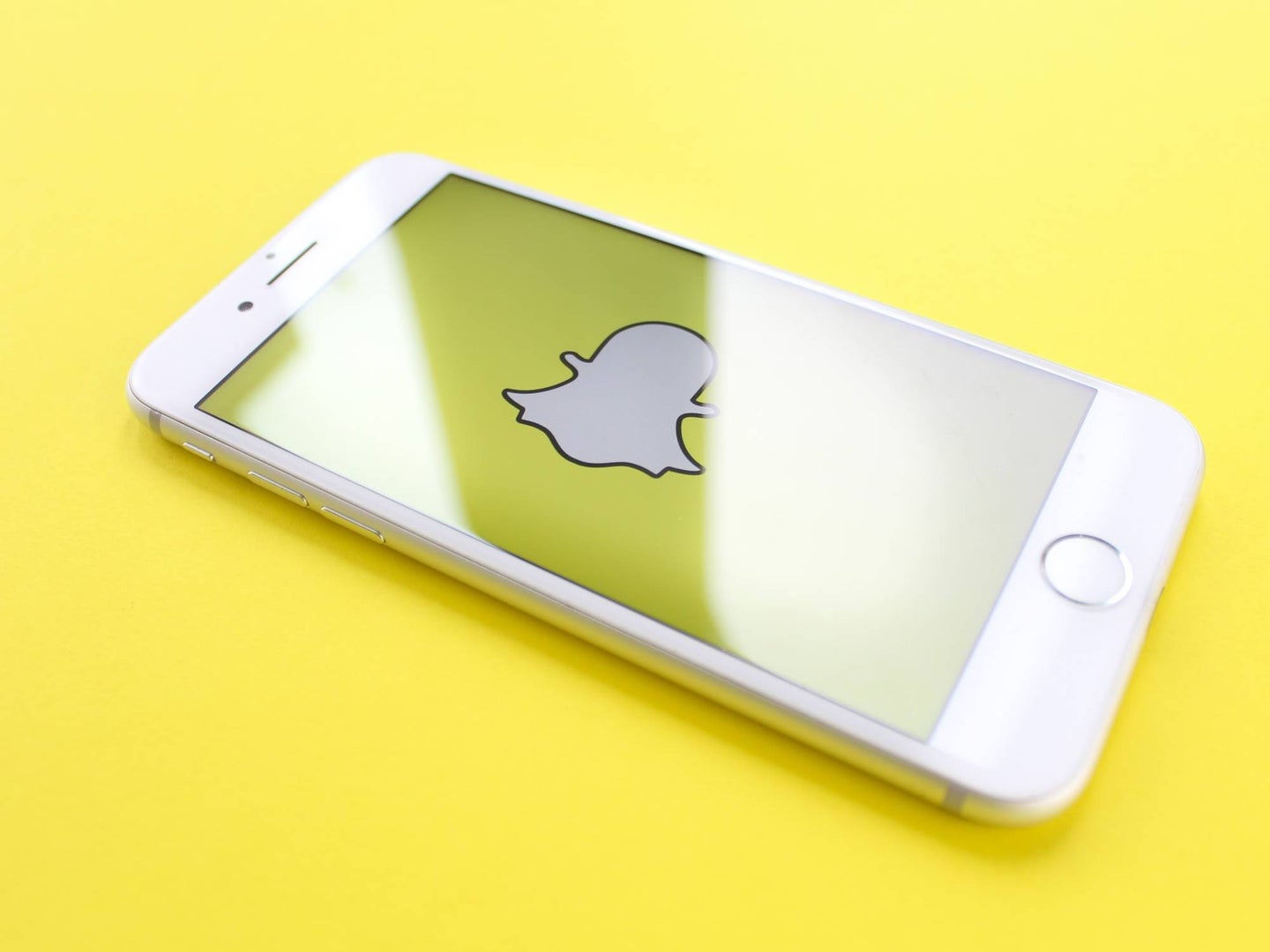 Snapchat maybe the first app that pops into your mind when you think of self-destructing, but you have more options. Thought Catalog / Unsplash
SHARE

There’s something mysterious about a message that disappears right after you read it—knowing you won’t be able to see it again makes you want to retain it and memorize it, even if you only have a few seconds to do so. And this type of communication can be useful too, allowing you to share private words or silly pictures without leaving a digital data trail.

From email to instant messaging, know your options when it comes to self-destructing texts—you’ll sure be able to find one to suit your need to be utterly inconspicuous.

Gmail now has a confidential mode, which lets you give your sent messages an expiration date. To make this work, Google hosts your self-destructing messages on its own servers instead of shooting them to another one. That allows the company to retain control and delete them after a set period of time.

If both sender and recipient use Gmail, this process works seamlessly, and messages with confidential mode activated will look like typical emails. But when the expiration date arrives, the body text will disappear, even though the recipient will still be able to find the email itself and see the subject header in their inbox.

On the other hand, if the recipient relies on a different email service, they won’t be able to view your message normally. Instead, Gmail will send them an email containing a link, and a separate email or text message with a passcode. They can follow the link and enter the code to unlock your message, but the link will stop working after the expiration date.

If you’re composing a Gmail message in a browser, click the confidential mode button (the padlock icon with a clock to the side), at the bottom of the Compose window. If you’re on a phone or tablet, tap the three dots in the top right while you’re drafting a message, then choose the Confidential Mode option.

When you send the message, you’ll get a set of options as to when your email should expire and erase itself: a day, week, month, three months, or five years from now. If you’re interacting with a non-Gmail user, this is when you decide whether to send the passcode via email or text message. For the latter option, you’ll need to enter a cell phone number.

Even before the expiration date hits, the sender can delete the message at any time. Find the email in your Sent folder and select Remove access to instantly wipe the body text or disable the link to the message.

The free communications app Telegram Messenger (for Android, iOS, and the web) emphasizes security and simplicity. As part of that focus, it lets users send and receive messages with expiration dates.

To use this feature, you’ll need to create a new chat in Secret Mode. All communications within this chat are end-to-end encrypted, and you’ll be able to set messages to self-destruct, while recipients will not be able to forward messages to other contacts. Just be aware that unlike standard Telegram messages, secret chats won’t sync between different devices, so they will disappear if you switch phones or uninstall the app. This solution is ideal if you’re having ongoing discussions with someone, but don’t want traces of those chats sticking around.

You cannot open secret chats on the website, but you can start within the mobile apps by tapping the new message icon. In Android, this appears in the bottom-right corner, and in iOS, in the top-right one. Next, choose New Secret Chat from the list and pick the contact you want to message.

Because Telegram doesn’t apply the self-destruction option by default, you’ll have to take a few more steps. Once you’ve created the secret chat, tap the timer icon, which appears in the top left on Android, and the bottom right on iOS. Then, determine how long messages should remain visible—you can keep them for any period from a second to a week.

As soon as the recipient checks a message in that chat, the timer starts ticking. After that set period passes, everything, including photos and voice memos, will disappear. You can also turn the feature off by tapping the timer icon once more. Remember to do this if you’re about to send something important that you’ll want to revisit later.

Confide (for Windows, macOS, Android, and iOS) offers not-so-rare chat app features like end-to-end encryption and the ability to share different types of media (including text, photos, videos, documents, and voice messages). Unlike the other platforms on this list, developers built this program specifically for sending and receiving self-destructing messages. This is Confide’s speciality, so you can expect more comprehensive protection from it.

For example, instead of letting you set an expiration time, the app erases messages forever by default as soon as the recipient reads them. If you’re worrying about receipts, Confide disables screenshots on mobile devices while the app is open. And if you’re truly paranoid, you’ll be glad to know the app only reveals one line of a message at a time—even if someone were to snap the screen with a separate camera, each picture would just show part of the message.

Naturally, you can send messages directly to other Confide users, but this platform also lets you contact people who don’t have the app. In that case, recipients will receive an email with a link to download the app, and will be able to see your message once they do.

Confide’s interface varies slightly depending on what kind of device you’re using to access it, but to start a new chat, just follow the same basic process you go through in any other messaging app. It’s when messages arrive that you see the difference between this app and other similar platforms—you can open texts and view attachments, but once you close the message, switch to another app, or exit the conversation window, the message erases itself.

Confide is free to download, but you can upgrade to the Plus plan for $5 per month to access extra features, such as unlimited attachments and the ability to un-send messages.

This popular chat app (for Android and iOS) also has a self-destructing messages feature, and its greatest advantage over other platforms on this list is its ubiquity. If you already use the app regularly to stay in touch with your contacts, this is your winner.

As with Telegram, you must first start a secret conversation, which will protect your messages with end-to-end encryption. This kind of chat works as a normal one with a few exceptions—it has to be a one-to-one conversation, which means that you can’t interact with more than one person at a time, and you can only view these chats on the app and not on the web client.

On iOS, tap the new message button in the top right, select Secret, and pick a contact. On Android, tap the new message button in the bottom right, toggle on the Secret conversation switch in the top right, and pick a contact. Finally, tap the timer icon inside the message field to set an expiration time for your following messages—it can be anywhere from five seconds to a day.

The countdown begins as soon as the recipient first opens the message, and when the timer runs out, it’ll disappear. The time limit will stay in place for all subsequent messages, until you change it or switch it off.

Snapchat (for Android and iOS) originally made its name with disappearing photos and videos, bringing a new ephemerality to social media. These days, the app extends that practice to instant messages as well.

If you send text, photos, or videos directly to a contact, those notes will self-destruct by default after they open them. However, anyone in a Snapchat conversation can save a line of text, picture, or video with a long press on it, or a screenshot.

You cannot prevent any of this from happening, which means that if someone wants to save something you’ve said on this platform, then they can do so easily. Because of this flaw, Snapchat is best suited for self-destructing messages when you trust the everyone involved in the conversation.

To send a temporary message, open the app and swipe right from the camera screen to find your friends list. Tap the new message button in the top right corner, enter the name of one or more contacts, and tap Chat. In the next window, either type out a message or hit the circular camera button to send a picture or video. Once the recipient checks your message, it will vanish, and the conversation thread will start again from the beginning.

Never one to miss out on something other apps did first, Instagram (for Android, iOS and the web) has just started rolling out a disappearing message feature for mobile devices. It’s called Vanish Mode, and it’ll only be available if you’ve agreed to merge your Instagram and Facebook Messenger chat accounts—if you haven’t seen this prompt inside the apps yet, it should appear soon.

To enable Vanish Mode, all you have to do is swipe up inside a conversation—anything that’s subsequently posted will disappear as soon as the chat is closed. When you open it back up, nothing posted in Vanish Mode will be there. Swipe up again to turn it off.

Other people can take screenshots in Vanish Mode, but you’ll be notified if they do. This option will also show up in Facebook Messenger once you’ve merged your accounts, replacing the secret message option we covered above.

WhatsApp has also recently added disappearing messages for its mobile apps on Android and iOS. You can use this feature inside any conversation in the platform, though if it’s a group chat, only the admins will be able to turn this function on or off.

As with the other apps we’ve listed, it’s best to only use this with contacts that you trust—other people are still going to be able to take screenshots and save whatever you post, and you won’t be notified if they do.