Last week in tech: iOS 13, Facebook’s new gadgets, and a weird video game about a goose

Fire up your new iPhone 11 (or your old, whack phone) and check out the week's biggest stories. 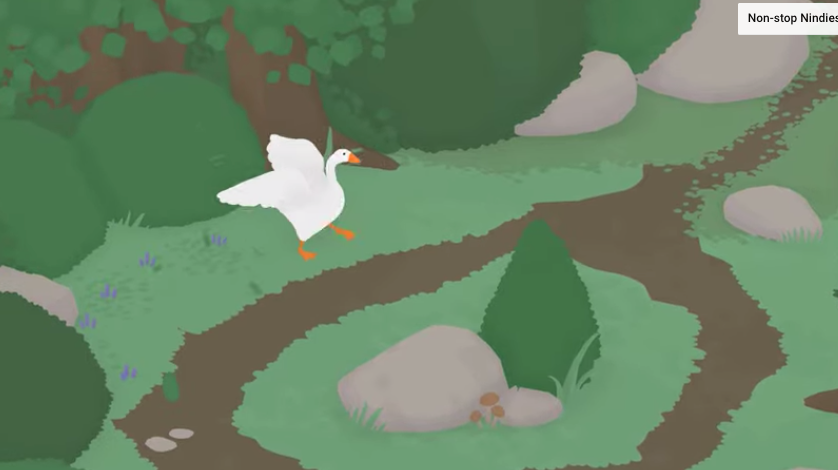 It’s Friday afternoon (or later) and you’ve been standing in line at the Apple store for hours waiting for your new iPhone. Or has it been days? Weeks, even? Time has lost all meaning and you can’t even entertain yourself by playing games on the display iPads because that annoying, sick-looking kid went around touching all of them. Have no fear, however. There was a lot going on in the world of technology this week, and this handy roundup will fill you in on the most important stories while you wait for your new gadget.

This week, the world’s foremost trivia-based technology podcast introduces the best and most accurate toy lie detector you can buy for $30—and we used it to uncover everyone’s shameful tech secrets. This week’s show also includes a quick-fire quiz about original content on streaming sites, and—as always—the 10-question Techathlon Decathlon to punish our contestants with a grab bag full of fun or pain.

You can listen in the player above, subscribe on Apple Podcasts, add us on Stitcher, follow along on Anchor, and even check us out on Spotify.

Whether you’re basking in the glow of the new iPhone 11 or you’re using any old Apple phone going back to the iPhone 6S, this week marked the introduction of iOS 13. The new operating system includes some key upgrades including an upgraded photos app, improved maps, and dark mode to throw shade over everything you do. The next version, iOS 13.1, is already inbound next week to go along with the release of iPad OS, so it’s up to you whether you update before then or wait to see if some of the final bugs get worked out.

Off-beat video games like the notorious Goat Simulator—a physics sandbox game in which you wreak havoc on a town as a goat—have a tendency to unite people on the web. The latest example of this phenomenon comes in the form of Untitled Goose Game (that’s really the name and you can watch the trailer above). The $20 game (it’s $15 for a limited time) works on PC, Mac, and Nintendo Switch platforms and the premise is simple. You’re an annoying goose and you have to go around bothering people. The graphics are polished but adorable, and the concept is rather hilarious. Plus, it’s not Fortnite, which is always a plus.

It was a bad week for vaping

This week, New York state passed an emergency ban on flavored vape juice in light of mystery illnesses popping up in the lungs of users. Retail mega-behemoth, Walmart, also announced that it will completely stop selling e-cigs at its stores. If you notice fewer clouds of cotton candy-scented mist while walking around, this is why.

It takes a leap of faith to buy a camera-equipped device from Facebook and plunk it in your home after years of privacy issues from the social network. But, if you want to make that jump, you now have some new options in the form of the company’s updated Portal lineup. The 10-inch Portal is sticking around for $179, while the 15.6 Portal+ deluxe model drops from $350 down to $279. The new additions include the $129 Portal Mini with an 8-inch screen, and the $150 Portal TV, which doesn’t have a screen and connects to your TV instead. You can take a deeper look at the lineup here and then video chat your grandma so she can see that you’ve been eating.

The Samsung Note 10+ will work with a 45W charger that takes it from empty to full in just over an hour. But, if you don’t have that kind of time, you can get excited about Oppo’s new 65W SuperVOOC charging tech. It will debut in the Reno Ace phone that promises a totally recharge time of roughly 30 minutes. The Ace is a gaming phone, so it makes sense to give it fast charging since high-end smartphone games chow down batteries in a hurry and leave you sad and bored in the waiting room at the oil change place.

We bothered our neighbors with the first portable Sonos speaker

The $400 Sonos Move is the company’s first Bluetooth-enabled, portable speaker. And while the price tag is high, there’s a lot to like about this six-pound sound machine. Check out our full review, and if you want to get into the true spirit of it, blast death metal at a volume that’s blatantly disrespectful to the upstanding members of your neighborhood.

Take a look inside the cockpit of a classic plane

The flight deck of the 747-400 aircraft is an amazing sight. It’s full of levers, dials, and switches that feel awesomely vintage. Despite its classic look, however, the planes still take to the skies for long trips. We took a tour of the cockpit and delved into its history as well as its future.

We got lots of news about streaming services

Just last week, we found out that HBO Max ponied up for a billion-dollar deal to get streaming rights for The Big Bang Theory. We learned that Seinfeld is making its way to Netflix in 2021, and the NBC subscription TV package will be called Peacock. Only time will tell which contender will emerge bruised, battered, and probably kinda broke from the current battle raging for our precious eyeballs.

The Cambridge Analytica privacy scandal was an important landmark for Facebook. The issue affected hundreds of millions of users and prompted Facebook to dig into apps on its platform with access to large amounts of user data. Now, the company has announced that it’s suspending “tens of thousands” of apps from roughly 400 developers. Not all of them were doing something nefarious—some simply didn’t respond to info requests or follow other rules. But, this is yet another very good reminder to stop authorizing apps with your Facebook account, especially if they’re for something ridiculous like a site that promises to show you what you’ll look like when you’re old. Spoiler alert: the app is probably going to show you a random stock photo of an old person and then the developer will go buck wild with your personal information.