Five ways to protect your privacy during a protest

Being safe doesn’t mean being silent. 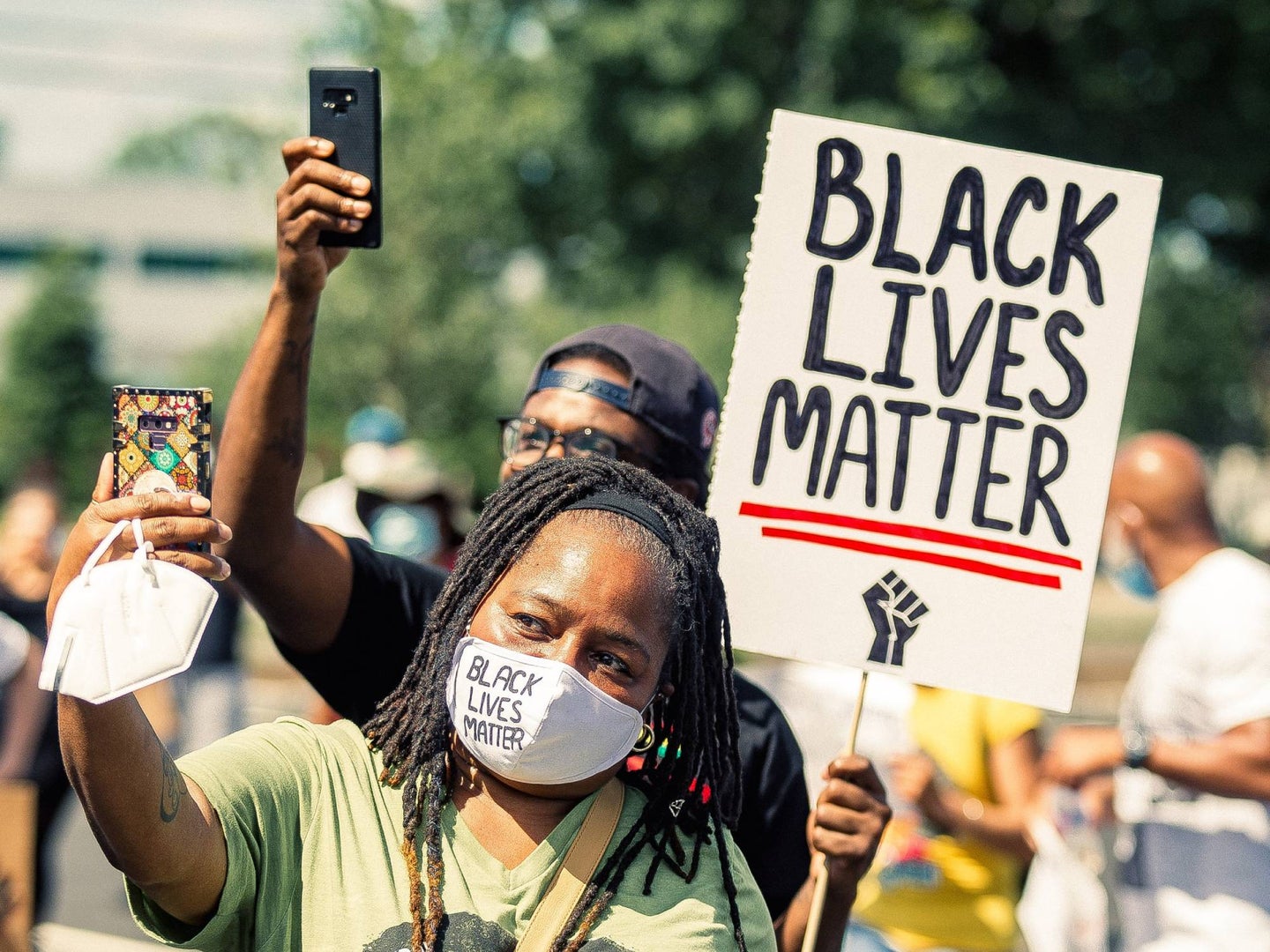 Sometimes it feels like our phones know us better than we know ourselves. But when you’re protesting, it’s important that all the information your smartphone holds—about you and everyone you care about—doesn’t fall into the wrong hands.

At a demonstration, your phone poses two significant risks just by being in your pocket. There’s the possibility of getting in a scuffle with the law, which may result in police officers obtaining your device and all that’s in it. You may be able to avoid this by staying in the outskirts of and leaving as soon as things get sketchy, though even that doesn’t guarantee your safety.

Your phone may also make you an easy target for surveillance, with law enforcement tracking or intercepting your calls or texts. This can happen without you knowing it, and even though you can’t avoid it, you can make it really difficult for anybody trying to get you.

Protecting the privacy of all protesters—including yourself—only requires following a few easy steps.

Leave your phone at home—or get a burner

The simplest thing you can do to protect your information is to not bring it along, though leaving your phone at home may be counterintuitive. You might still need to stay reachable and in touch with people inside and outside the protest, not to mention you may also want to take photos or videos.

In that case, the second-best thing is getting a cheap burner phone. In an interview with Wired, Harlo Holmes, director of newsroom security at the Freedom of the Press Foundation, suggested using service providers such as TRACfone and Mint Mobile, since they require little identifying information when signing up. After all, a burner that still holds sensitive data is hardly a burner at all.

If you go for a burner, it is vital that you keep location services off at all times, remember to turn the phone off before going home, and don’t store any contact information on it. If you’re bad at memorizing phone numbers, write them down on your body. Choose somewhere that is not exposed to the elements and won’t get too sweaty, or the number will be erased. Additionally, make sure never to carry both your burner and your real phone—they could get linked and that would be the end of your anonymity.

Once you’re done with your burner, discard it in a location that can’t be traced back to you. That means avoiding your office recycling bin, the trash can outside your apartment, and even your favorite coffee place.

If you want to avoid having to get a new phone every time an injustice worth protesting occurs—that’d be expensive—get new SIM cards instead. Using a device solely meant to be your burner phone, buy a new card and insert it only when you’re on your way out. Just make sure to never connect the phone to Wi-Fi and always reset it to factory settings before you insert a new SIM card.

Whether it’s a burner or your personal phone, you should always encrypt your data before going out in the streets. Encryption makes the information on your device nearly unreadable, which means it’s almost impossible for anybody to figure out.

If you’ve got an iPhone protected with a passcode, you’ve already got encryption. On the other side of the street, most Android phones are encrypted by default, especially if you’re running on Android 10. If you’re not sure what version your phone uses, you can check it out by going to Settings, About Phone, and tapping Android version. You can also check if your phone is encrypted by going to Settings and tapping Security.

Something else to consider is moving outside of your classic text message communications and trying a messaging app with end-to-end encryption. The Electronic Frontier Foundation recommends using Signal (available for Android and iOS) because it goes beyond end-to-end encryption by destroying messages after a specific amount of time—not ideal if you’re planning on having receipts of something your friend said, but it’ll keep your data secure.

Think before you shoot

When you take a photo, your phone saves a lot more than just the image. That nice brunch pic also contains metadata—detailed information about where and when it was taken, and the device used to take it.

Normally, that might be just fine—especially if you want those Instagram or Google Photos throwbacks one year from now. But in a protest you definitely want to be careful not to attach that kind of information to a picture, especially if you’re planning to send it to someone or post it online.

Before you do that, scrub the metadata off of all your photos. You’ll need to do this from a computer, so refrain from posting or sending anything directly from your phone. Once you do that, edit out identifying characteristics of yourself and anybody depicted in the photos. Make sure to blur people’s faces and any unique tattoos or birthmarks.

You can protect yourself in a more analog way by minding what you wear. A mask on your face will go a long way, but also make sure to wear inconspicuous clothes that don’t stand out in a crowd. Top it all off by covering any distinct marks on your body with pants and long sleeves.

Yes, it’s nice to be able to pick up your phone and have it open automatically at the sight of your smiling face or the flick of your finger. At a protest this is not a good idea, though—a police officer can force you to use your face or fingerprint to unlock your device, but they can’t force you to give up your passcode or password.

Police can ask you for it, though, and they will often say the law requires you to give it up. However, know that the Fifth Amendment allows you to protect your data under a password, so you do have the right to refuse.

Whatever you do, do not unlock your phone unless it’s extremely necessary. If you’re taking photos or recording video, the EFF recommends you do so only by accessing the camera from the lock screen. That way, if someone snatches your device right out of your hands, they won’t be able to snoop around.

Posting on social media platforms like Twitter and Facebook might expose your cause to a big audience, but it can also be risky. Literally anyone can visit public profiles and pages, and the EFF says that a court order may allow law enforcement to access private ones.