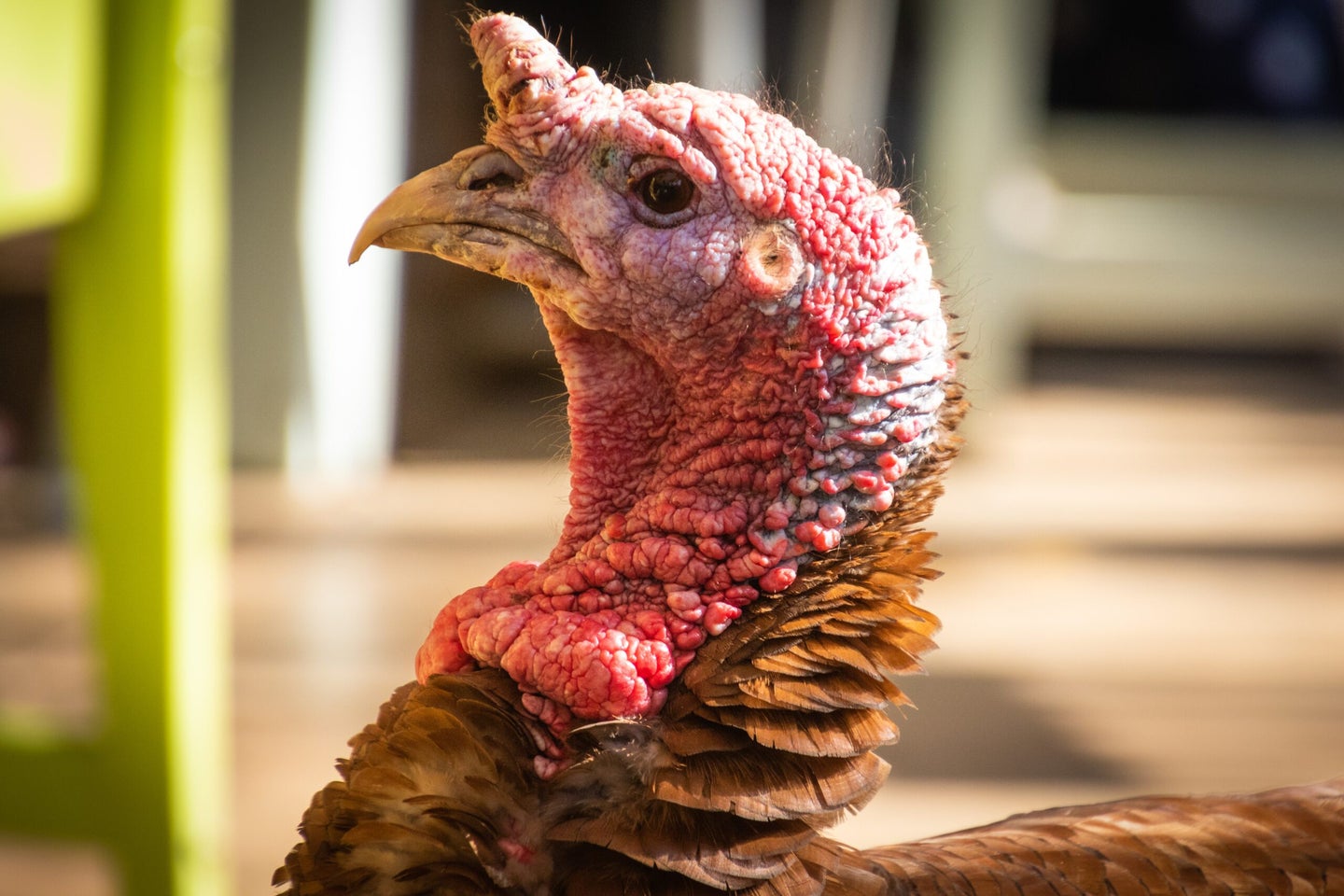 One day, our Thanksgiving turkeys may be cooked deliciously with poultry poo. Magda Ehlers from Pexels
SHARE

The following is an excerpt from The Other Science Dark Matter: The Science and Business of Turning Waste into Wealth and Health by Lina Zeldovich.

It was another hot day in the Negev desert of Israel, and several researchers from Ben-Gurion University were setting up a field lavatory. Essentially a toilet seat stuck over a metal frame with a plastic bag receptacle underneath, this makeshift privy was an artifact of minimal convenience, typically used when scientists work in remote places where even portable jones and outhouses don’t exist, or when the surrounding ecosystems are too fragile to process human waste. But in this case, the toilet itself was part of a study. The research was focused on the toilet’s content and its potential to power human civilization. In simple terms, scientists wanted to see if they could convert crap to coal.

Once the toilet was installed, several people used it daily, depositing their fecal matter into the bag. “We called them poop volunteers,” says Amit Gross, chair of the Department of Environmental Hydrology and Microbiology at Ben-Gurion, whose team focuses on ways to transform waste to resources. At the end of each day, the collected matter was heated in autoclaves to kill the germs and make it safe for researchers to work with. Clad in facemasks, gloves and lab coats, the students pulverized the dried poo in a mechanical grinder—to reduce the yuck factor, Gross says. “Once it’s pulverized it’s easier to work with,” he explains the challenges of their projects. “This material can be quite repulsive for people. But in the pulverized form you sort of forget what you are dealing with.”

Once the matter was reduced to dark-brown powder, the real experiments began. Researchers mixed the dry powder with water, dolled it into small batches, loaded them into nine 50-milliliter laboratory reactors, designed to operate under high temperature and pressure—and began cooking all that shit.

Cooks like to experiment with the recipes to achieve the best results, and the Ben-Gurion researchers were no exception. They experimented with various cooking times and temperatures. They heated up their batches to 180C, 210C and 240C. They let some of them simmer for 30 minutes, some for an hour and others for two hours. Yet, all batches had one thing in common—they were cooked with water, but without oxygen.

Called hydrothermal carbonization or HTC, this method produced hydrochar—a brown slurry of water and burnt aka carbonated biomass particles. Unlike charcoal or biochar that’s made by smoldering dry biomass, hydrochar is simmered in water. Because no heat is spent to evaporate water, this method takes less energy to make. “Removing water is energy expensive,” Gross explains. “By leaving water in and using higher pressure and lower temperature, we use a lot less energy.”

That hydrochar slurry has a double use. The particles can be separated into a powder with coal-like combustion properties and can be fed into an industrial furnace of a coal-powered electricity plant. And the liquid can be used as a safe organic fertilizer since no pathogens can survive the cooking.

The reason hydrochar burns just like coal is because it was formed in a similar way. The conditions the Ben-Gurion team used to create it mimic, to a certain extent, the geological conditions occurring within the earth that lead to the creation of fossil fuels. Fossil fuels owe their name to the fossilized remains of ancient organisms and plants—dead and buried underneath the many layers of other organic matter. Coal deposits began to form about 300 million years ago during the Carboniferous period when earth was covered with dense forests. When seas occasionally flooded the woodlands, trapping trees and plants in swampy wetlands, the plants got buried under layers of vegetation, which turned into peat bogs. The ever-piling layers of vegetation pressed the plant material deeper into the earth, where higher pressure and temperature coupled with the lack of oxygen slowly turned the organic molecules into long-chain hydrocarbons that comprise coal.

Gross’s foray into the “waste cooking business” started with the poultry industry excrement. Globally, the world’s poultry farms dish out between 625 and 938 million metric tons of litter a year, depending on the source. Poultry litter is high in carbon and nitrogen, the chemical elements needed for energy generation. And compared to cow manure that can be spread out on pastures, poultry dung is amassed within enclosures. It was an attractive form of waste, so the team gathered droppings from a nearby farm, ground them into powder with a mortar and pestle and cooked them up—dry, wet, varied temperature, and so on. The resulting hydrochar proved so similar to coal that it could be immediately sent to the electricity-generating plants, says Vivian Mau, another researcher on the project. It even came in the already powdered form, which is what many plants prefer because they pulverize coal. “It’s actually such a perfect fit that it can be fueling generators now,” Mau says.

Hydrochar can be pressed into briquettes for cooking and grilling, she adds. Her team wants to do a poultry poop barbeque one day. They want to roast a bird on the hydrochar made from its own poop—and eat it. So in theory, a Thanksgiving turkey can be roasted on the poop it produced during its lifetime. And it will likely even smell good, Mau thinks. When burning, hydrochar doesn’t produce any stink but rather generates a pleasant aroma. “It smells of coffee,” she says. It would be interesting to see if the turkey would come out smelling like your morning cup of joy.

According to the team’s math, the world’s poultry dung can replace approximately 10 percent of the coal used in electricity production, reducing fossil fuel use. And the liquids can be channeled to the agricultural fields—not unlike how it was pumped to the successful sewage farms of the 19th century, and fully pathogen free.

But human poo beats bird droppings in energy generating potential. Unlike birds that eat more plant-based food, humans have very diverse diets, yielding more oils in their excrement, which helps combustion. “We eat a lot of fat so that’s probably why we end up with oily poop, and that’s changing its properties,” Gross says. That’s why the energy potentials in the human material is higher than in the chicken manure. “Human waste is interesting material to work with,” Gross says. It’s more promising than your typical manure. And it can be “cooked” into other forms of energy, too.