The meteorite impact was a big factor too 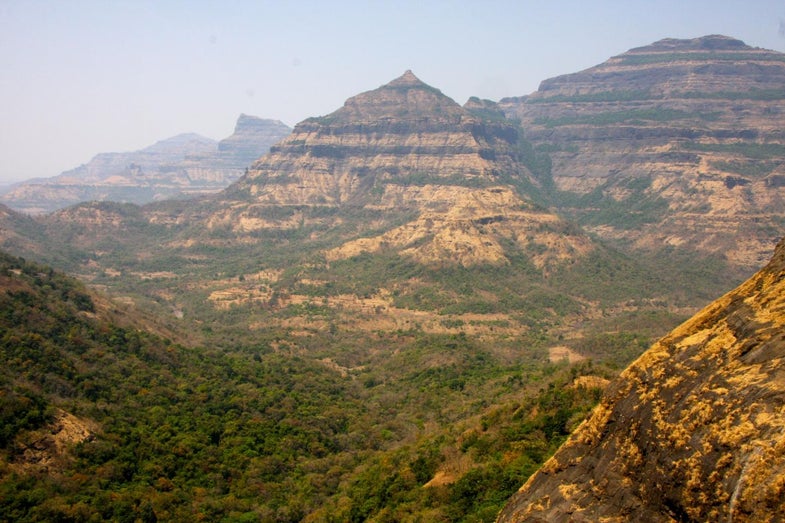 A study published in Science today finds new evidence that a meteorite impact wasn’t the only thing that killed the dinosaurs.

Millions of years ago, a vast amount of lava erupted onto what is now India, spewing 12,275 cubic miles of lava onto the Earth’s surface over the course of about 500,000 years. New analysis of this ancient volcanic eruption (whose remains are now known as the Deccan Traps) shows that the eruption really accelerated within 50,000 years of the Chicxulub impact–a vast amount of time to humans, but a geological blink of an eye.

There has been a lot of work on the Deccan Traps in the geological community. Co-author Mark Richards and his colleagues have worked in the area for decades, and earlier this year, Richards published a paper suggesting that the impact of the giant Chicxulub meteorite shook the Earth so much that it helped trigger or accelerate the eruptions in India. The new, more precise dates show that it’s unlikely that the timing of the impact and eruption was a coincidence.

“If our high-precision dates continue to pin these three events–the impact, the extinction and the major pulse of volcanism–closer and closer together, people are going to have to accept the likelihood of a connection among them. The scenario we are suggesting–that the impact triggered the volcanism–does in fact reconcile what had previously appeared to be an unimaginable coincidence,” Richards said in a press release.

The authors think it’s possible that while the meteorite impact delivered a knockout punch to Cretaceous life, the true death blow came later. During the eruption that formed the Deccan Traps, vast amount of climate changing gases spewed into the air for over half a million years, killing off a significant portion of life on Earth, and preventing species from rebounding after the effects of the impact (which also sprayed climate-changing dust and gases into the atmosphere).

Research from a 2011 paper by Princeton scientists came to a similar conclusion, finding that plankton fossils slowly shrank in size and number after the impact, with only a few of the once varied array of species surviving.

“Based on our dating of the lavas, we can be pretty certain that the volcanism and the impact occurred within 50,000 years of the extinction, so it becomes somewhat artificial to distinguish between them as killing mechanisms: both phenomena were clearly at work at the same time,” lead researcher Paul Renne said in a press release. “It is going to be basically impossible to ascribe actual atmospheric effects to one or the other. They both happened at the same time.”

The geological formations caused by the massive outpouring of lava onto the Earth’s surface are called flood basalts, and geologists are still learning more about them. Though the Deccan Traps are the most famous, others, like the Ontong-Java Plateau in the Pacific are larger, covering an area the size of Alaska. The source of these massive eruptions is believed to come from deep inside the Earth’s mantle–as deep as 1,800 miles, near the outer edge of the Earth’s core.