Can Louisiana’s COVID surge trace back to one Mardi Gras reveler?

A new preprint study suggests that last year’s Mardi Gras celebrations were responsible for roughly 50,000 COVID-19 cases across the state. 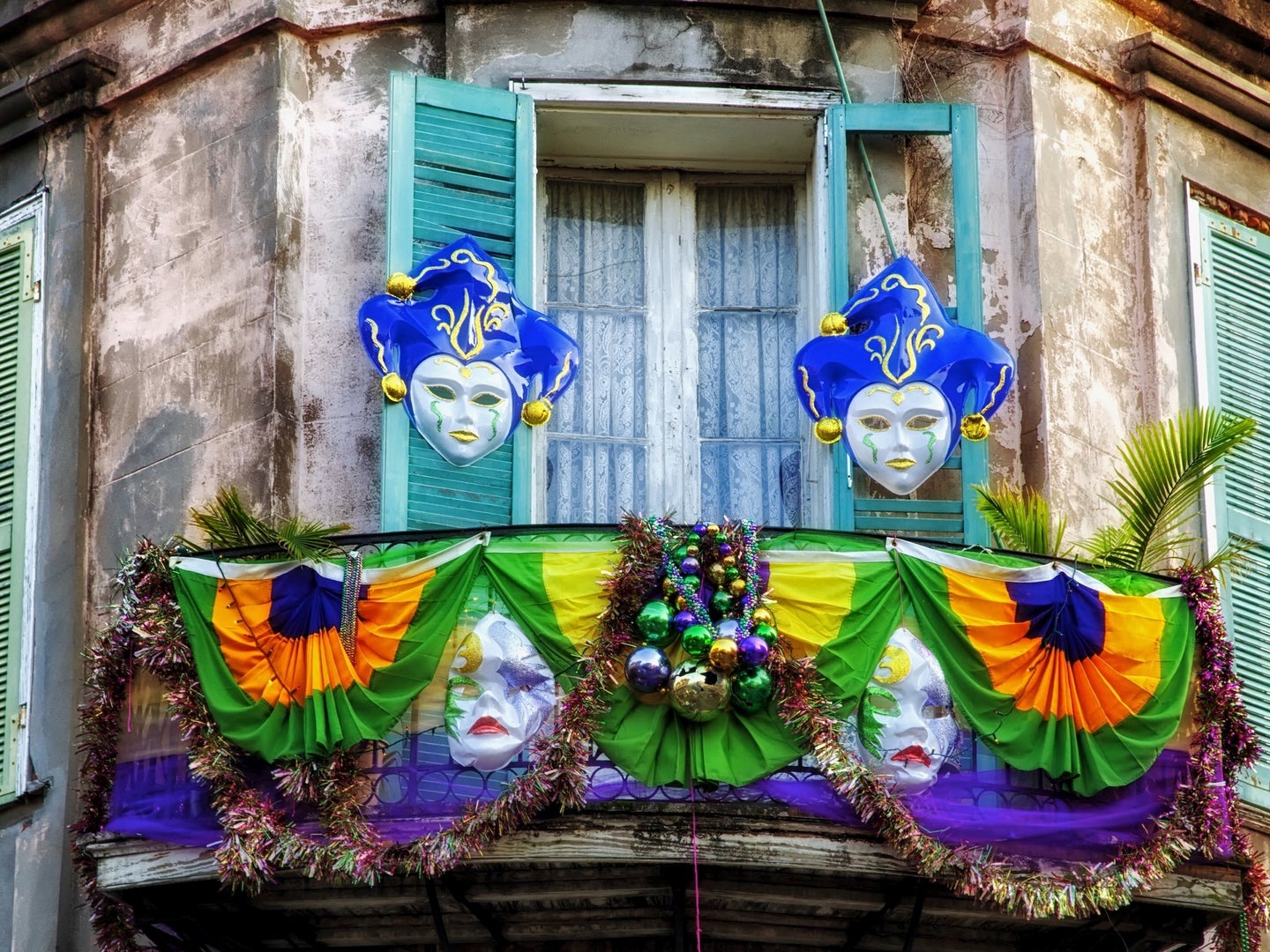 The usual Mardi Gras festivities have been put on hold in New Orleans. Pixabay
SHARE

Mardi Gras, held on February 25 of last year, was one of New Orleans’ last normal moments before the pandemic. COVID-19 was already confirmed in the Seattle area, but the federal government had yet to warn other states of the danger.

Robert Garry, a virologist who studies emerging diseases at Tulane University, remembers waiting for his daughters to roll past in a parade, and as he watched the crowd gather, thinking, “yeah, [COVID] could be at an event like that.”

But at the time, he says, given the lack of national guidance and diagnosed cases, “I don’t think it would have been appropriate to stand up and say, hey, we’ve got to cancel Mardi Gras now.”

By March 9, the first local case was diagnosed at a Veteran’s Administration hospital, and within a week, schools had gone online and Louisiana was on lockdown. Soon, transmission rates in New Orleans were among the highest in the country. On April 2 alone, the city reported close to 900 new cases.

People began to wonder if the flu-like symptoms they’d experienced in the days after Mardi Gras were more than just an annual bug. Reports emerged of COVID cases in Arkansas among people who’d visited New Orleans, and suspicions grew: had Mardi Gras been a superspreader event?

A new preprint, released Monday on the research platform Medrxiv, offers one of the first hard analyses showing that, yes, a single individual may have kicked off a chain of transmission during the holiday, eventually leading to 50,000 infections in Louisiana.

The research, which has yet to go through peer review, uses several lines of evidence to reconstruct when the virus first arrived in the city, how quickly it spread, and where it ended up over the following months. And it highlights the extent to which bad luck and individual transmission events have shaped the course of the pandemic across the country.

“Mardi Gras was probably an ideal situation for a virus like this to spread,” says Garry, who was a senior author on the paper. “A lot of people getting together for Mardi Gras balls, getting together in close spaces, eating and drinking and chatting.”

Using a combination of that genomic data and travel records, the researchers found that the virus was likely introduced to the city in early to mid-February, with a best guess of February 11, nearly a month before the first confirmed case.

The genomes of early cases in New Orleans closely resembled those found in a number of other states, and so it’s likely that the outbreak was seeded by domestic, not international, travel.

The Louisiana cases most closely resemble those in Texas at the time, says Karthik Gangavarapu, a genomic epidemiologist at the Scripps Research Institute in California, and a lead author on the study. But because the US was sampling so few viral genomes, the team couldn’t rule out other states, like New York.

So they brought in data on cell phone movement and air travel as a second source of evidence. Travel into New Orleans was dominated by Texas.

“It kind of makes sense,” Garry says. “People start to travel for Mardi Gras around that time. And you certainly have the diaspora from New Orleans after [Hurricane] Katrina. A lot of people live in Houston or have family in Texas.”

What was particularly surprising, he says, was not when the virus arrived, but that it spread from a single source.

Even in the spring, says Jeremy Kamil, a virologist at LSU Health Sciences-Shreveport and another senior author, it was clear that something was strange about Louisiana’s outbreak.

He’s spearheaded a project that’s contributed the vast majority of COVID sequences in Louisiana, and at a glance, Louisiana cases were more closely related to one another than in other places. “I could see how non-diverse the Louisiana pandemic was compared to say, Oregon,” he says. “Oregon had sequenced far less than us, but they had samples from all over the coronavirus family tree.”

Louisiana’s cases, by contrast, were all clustered on the same branch. “This is really weird,” he remembers thinking.

Those fact that those samples were so closely related, the researchers found, “strongly suggests” that a single person, most likely from Texas, set off a cascade of transmissions that ended up driving the outbreak during and after Mardi Gras. The samples are evidence of a founder effect, like a group of birds on a remote island all descended from the same ancestor.

“That one case went through our community here, almost like a cruise ship,” Garry says.

Because few people qualified for COVID testing under the CDC’s guidelines during Mardi Gras, there’s no direct data on how many people might have been infected during the weeks leading up to the holiday. Instead, the team used data about COVID deaths during the following weeks to estimate the total number of cases leading up to Mardi Gras.

“We have a good sense of the time from infection to death,” says Gangavarapu. “We also have an estimate of the infection fatality rate, the percentage of infections that actually result in death.”

At the time, the United States had only diagnosed 60 cases, many of them from the Diamond Princess cruise.

Those 800 Louisiana cases are also linked to transmission across the state and region. Kamil’s team collected viral sequences from across Louisiana, and found that almost all of those subsequent sequences could be traced back to the Mardi Gras outbreak. All told, the researchers estimate that 50,000 cases in Louisiana stem from the Mardi Gras superspreading.

That was particularly unexpected in Shreveport, where Kamil works. The city is in northwest Louisiana, two interstates and five and a half hours from New Orleans. It’s more closely connected to Dallas and Arkansas than to the coast. “The [virus] that came from New Orleans really overtook the whole state,” he says. “It was accountable for a huge regional effect on the pandemic.”

It’s difficult to quantify how many cases in surrounding states came from New Orleans, Gangavarapu cautions. “The New Orleans outbreak did not seed the entirety of the South,” and cases were also being introduced to the region from other states. However, based on travel data, Mississippi was at particularly high risk for COVID imports from Louisiana.

This news comes to light just as Mardi Gras comes around again. The holiday is on February 16, but the usual traditions have  been put into a kind of limbo. Parades are cancelled, the notorious party avenues of Bourbon and Frenchmen Streets are closed, and the city has shuttered all bars for the weekend. The decision is likely to take an enormous toll on the city’s small businesses, many of whom make much of their annual revenue in the weeks of Carnival season.

But the researchers say that in light of their findings, it’s a wise decision, and one that should be taken to heart nationally. “You cannot have big events like Mardi Gras when you’re trying to control the spread of a virus,” Gangavarapu says. “You don’t know how many cases it’s going to cause.”

Given the spread of the UK variant of COVID, he says that “an event of this size would cause a lot more cases.”