The banana as we know it is doomed 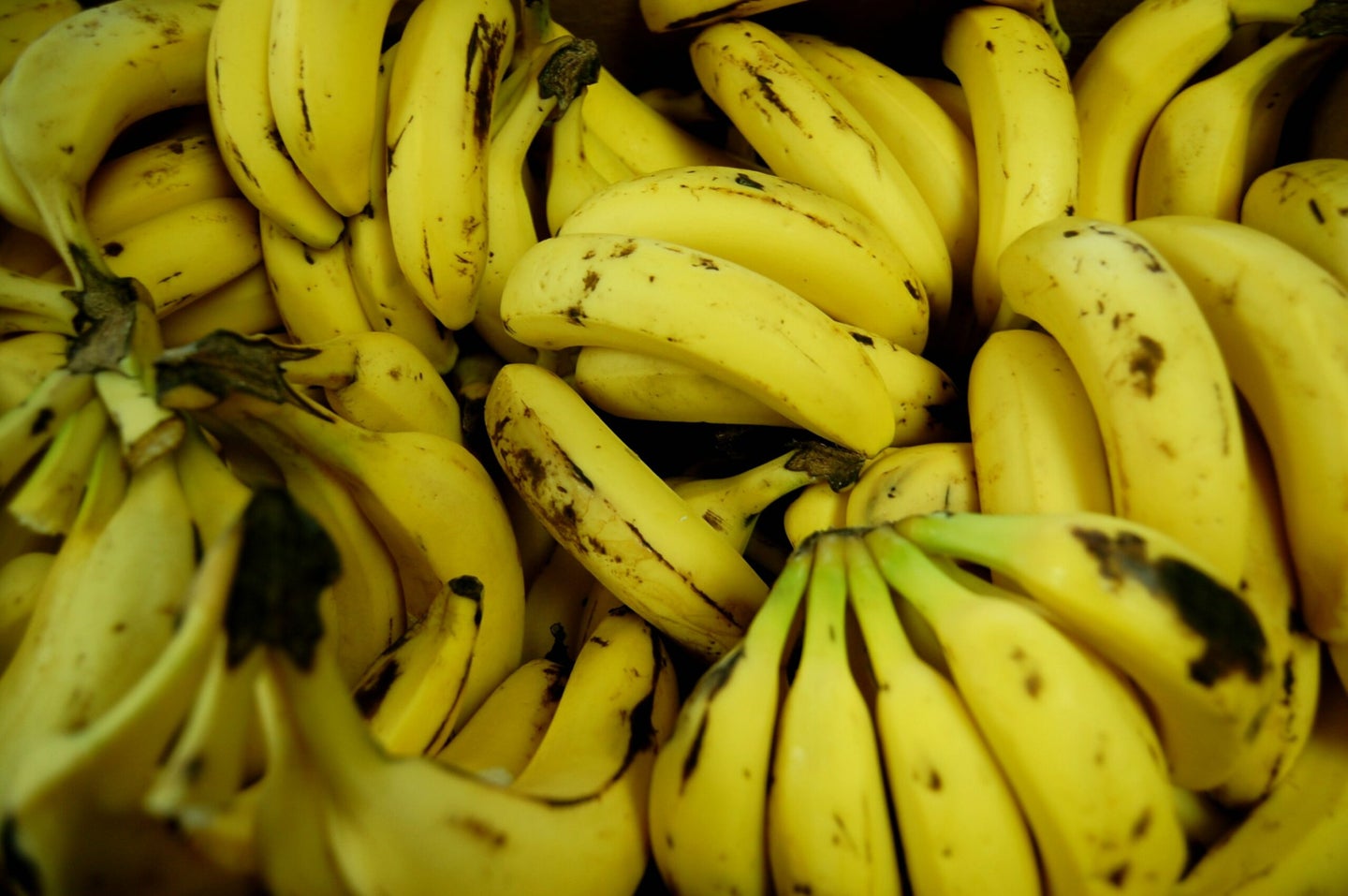 We’ve covered the end of bananas for a long time. In June 2005, Dan Koeppel asked: “Can this fruit be saved?” Then again in May 2014, Koeppel pondered: “Has the end of the banana arrived?” And just two years ago, Kate Baggaley penned “The world’s bananas are under attack.” Clearly, Americans have vested interested in one of its most popularly consumed fruits.

Even though scientists have had concerns about our favorite starchy yellow berry for awhile now, the situation recently became far more urgent. The ICA, Colombia’s fish and wildlife conservation office, confirmed that a deadly species of fungus was detected in the northeastern part of the country. This pathogen, called Tropical Race 4 or TR4, causes Panama disease in bananas. The symptoms are severe: The stalk that attaches the leaf to the stem wilts, the vasculature of the plant turns brown, and eventually, the part of the banana tree that looks like a trunk splits and the whole plant collapses. Now that TR4 has hit South America, it will likely spread across the continent and destroy bananas as most U.S. consumers understand them, unless something changes quickly.

Humanity needs a new banana. The people who have the most obvious monetary interest in continuing to sell us this fruit—businesses like Chiquita and Dole—have started collaborating with researchers to develop a new strain that’s resistant to TR4. But they might have been too slow to prevent a bananapocalypse. Massimo Iorizzo, an assistant professor at the Plants for Human Health Institute and Department of Horticultural Sciences at North Carolina State University, collaborates with Dole Food Company, one of the largest producers of fruits and vegetables in the world, to create a precision breeding program for bananas. He says one of his goals is to understand the genetic mechanism behind disease resistance, and then figure out a plan for transferring that resistance over the long term. A similar program also exists in Australia, and that group has made significant progress in genetically editing the banana.

Iorizzo says that research like his got a late start. Since the bananas of the time seemed to be working, there was little urgency to find a new one. “For many years, the banana production industry was doing well with one genotype,” he says. “They thought, ‘We have what we need, why should we spend more?’”

Additionally, the research process for a new banana takes quite a long time. “Establishing replicable experiments with pathogens in general, it’s not easy.” He has to make sure the fungus he is using causes a plant disease in the same way it would outside a lab. Pollinating bananas and waiting for them to grow can take several years. “You invest a significant amount of money, you need to do all kinds of checking to make sure your experiment can be a success,” he says. So, while Iorizzo and other groups are making progress, these disease-resistant bananas are not ready for the grocery store shelves just yet.

The Panama disease will hit Cavendish bananas, the big yellow fruits in most grocery stores today. But the infection could expand to other varieties of the fruit as well. That’s what happened when Panama disease destroyed access to the sweet and famously slippery Gros Michael bananas back around 1960. As a result, banana companies switched to the smaller and less delicious Cavendish, at great expense.

For his 2005 PopSci story, Dan Koeppel went on a tour of the Honduran Foundation for Agricultural Investigation (FHIA) with botanist Juan Fernando Aguilar. The research center develops new varieties of bananas that might replace the Cavendish when it’s time comes. At the time, Aguilar said that Panama disease reaching South America before they found a good replacement was a worst-case scenario. “What happens then is that people change. To apples,” he said.The FHIA is currently working on developing hybrids with the flavor profile and shelf life of the Cavendish, according to its website.

But neither them, nor any other organizations, have announced any miracle bananas just yet.