Is Gatorade actually better than water?

The sugar in sports drinks might be helpful—but only to a select few. 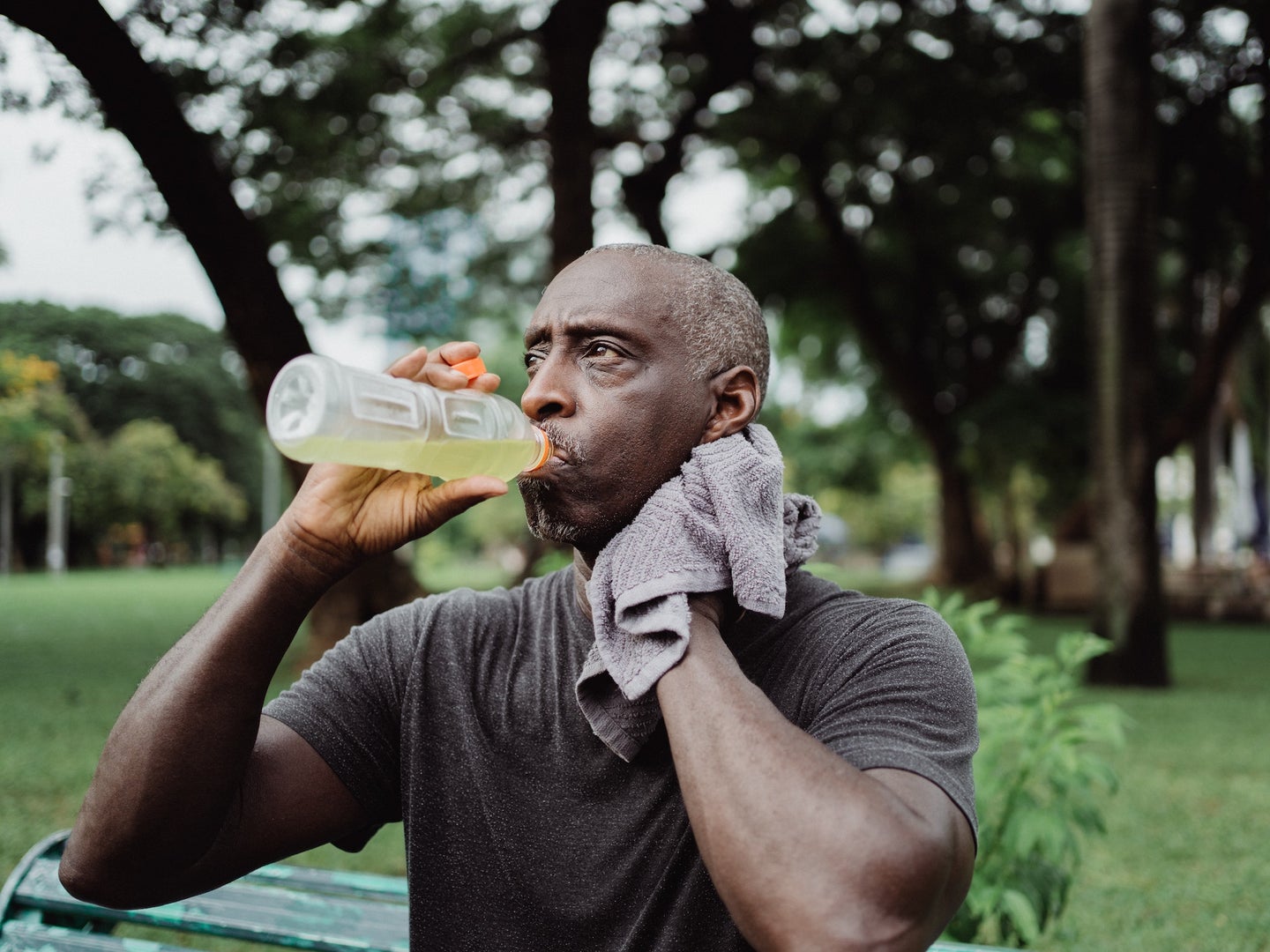 This story has been updated. It was originally published on October 1, 2020.

Decades’ worth of Gatorade commercials have taught us two things: Sports drinks hydrate you better than water, and it’s normal to sweat orange or blue liquid. Neither of these statements is true, but it does bring us to another interesting point, which is that the reason sports drinks work probably isn’t what you think.

The reason many of us drink stuff like Gatorade to begin with is probably a combination of the sweet neurochemical reward that comes from ingesting sugar and the subliminal messaging inherent in sports drinks commercials that tells us real athletes drink [insert your favorite sports drink here]. But that’s not why we think we drink them. We probably think that scientifically speaking, beverages like Gatorade or Powerade are doing something for our bodies that water isn’t—and that’s actually true. It’s just not clear how much the average exerciser really needs those extra features, especially when you consider the massive quantity of sugar that most sports drinks contain. So let’s break down exactly when you might need to down a big bottle of luridly colored liquid during your next workout—and when you probably don’t need to at all.

This myth comes from a study funded by Gatorade that found people who drank their product were better hydrated than if they drank water—but only because they drank more fluids. If you drank the same volume of water versus Gatorade, you’d be equally hydrated. This is not to say, though, that Gatorade didn’t have a point. “It is well documented that people drink more when the beverage tastes good!” says Dominique Adair, a registered dietician and member of the American Council on Exercise’s Scientific Advisory Panel. “So just the fact that these beverages are more palatable for some people than water might encourage people to drink more.”

Lots of people are used to drinking non-water beverages, and to them water might taste boring or even bad. If you’re one of those people, maybe drinking a flavored beverage would encourage you to drink more during and after your workout—and that’s a good thing. Depending on how much you sweat, you need to replenish your body’s supply of water (though keep in mind that food also contains water, and that the eight-glasses-a-day thing is more complicated than you might think).

That said, a 12-ounce bottle of Gatorade or Powerade contains 21 grams of sugar, which is about as much as two Reese’s Peanut Butter Cups or half a can of soda. So just keep in mind that along with that water comes a lot of sugar, which spike your blood glucose levels and can contribute to developing metabolic issues like type 2 diabetes. A typical bottle of Gatorade contains more than half of an adult’s recommended daily sugar intake.

Electrolytes became a buzzword when sports drinks first started coming out, even though most of us probably don’t really know what they are or what they do. To simplify, electrolytes are basically ions (charged atoms) that serve a huge variety of functions around our body, often involving transporting other molecules across cell membranes—they are, quite literally, essential to life. We would die without electrolytes.

BUT—and this is a big but—it’s not really clear how much you need to replace those electrolytes with a drink. You are already getting the key electrolytes, like potassium, sodium, and magnesium, through your diet. Every individual loses electrolytes at a different rate depending on the person and the type of workout, though in general if you sweat a lot you’re probably losing more of them.

Fortunately, Adair has a good rule of thumb to go by: If you’re exercising for more than an hour, and your t-shirt or hat dries with a white residue, that’s a pretty good indicator that you’re losing a lot of sodium and might benefit from a sports drink (along with getting sodium in your diet).

One of the main benefits of all that sugar in sports drinks is the carbs it provides. During exercise, your muscles are using up your energy stores primarily from the stashes of the glycogen found in your muscles and liver. That glycogen can run out if you work out for long enough, which is why marathon runners and other endurance athletes often choose to down a little jelly cube full of carbohydrates—because it provides needed fuel for their muscles.

Sports drinks can serve the same function, but there’s a key point to remember here: “Most recreational exercisers don’t deplete their glycogen stores,” Adair says. “In fact, if one of the goals for exercise is weight loss, taking in additional sugar and calories won’t help.” Water is thus a perfectly good way to rehydrate for those of us not working out intensely for long periods of time. If you do—like, say, if you’re working out hard for more than an hour at a time—you may truly need a sports drink. Some good signs that you need one would be if you have serious fatigue, nausea, or headaches after working out. Adair says these are signs that you’re either dehydrated or hyponatremic, meaning you have too much fluid compared to electrolytes. In both cases, a sports drink will help. But if you’re going on half-hour jogs, that Powerade may be doing more harm than good.

This also means that, if what you’re seeking is at least in part the energy boost from taking on carbs during a workout, don’t go for the sugar-free varieties—the sugar is where the energy comes from. If, however, you’re looking to drink something that you find tasty and don’t want the extra calories, Adair says the zero-sugar options may be the way to go.

Bottom line: If your workout lasts for more than an hour, is rigorous, and leaves you with a salty band of sweat on your face and clothes, you’d probably benefit from some kind of sports drink. If not, you probably don’t need one, though you should feel free to drink the sugar-free variety if you don’t like drinking plain water. But at the end of the day, between drinking plenty of water and eating a healthy, balanced diet, you’re probably already getting everything you need.