Keeping temperature rise below 2 degrees Celsius is crucial to preserving the 'sleeping giant.' 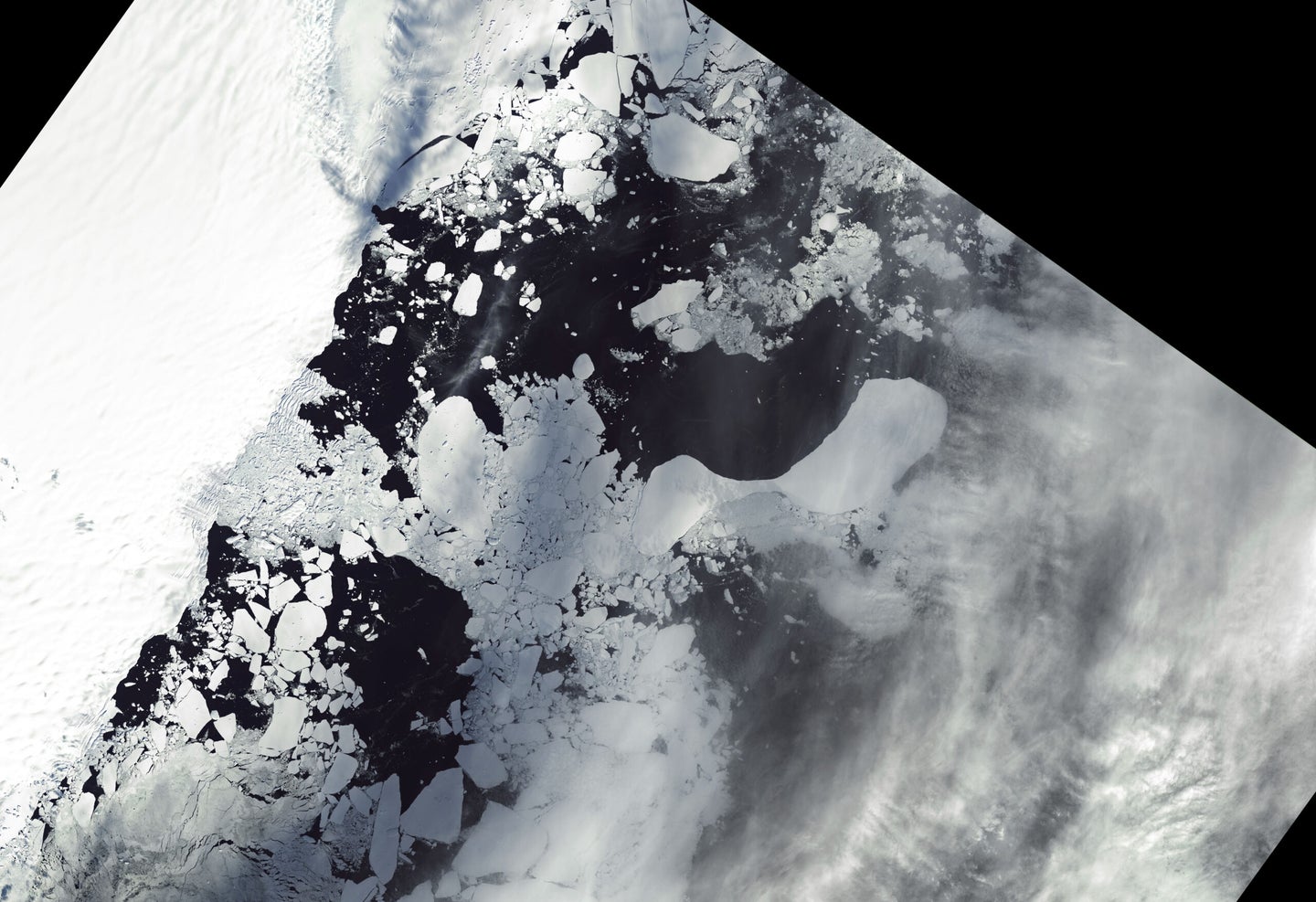 In March 2022, parts of an ice shelf in the East Antarctic ice sheet started to disintegrate. NASA
SHARE

The chance to keep the massive East Antarctic ice sheet (EAIS) from disappearing is rapidly slipping away. Also called the “sleeping giant,” this ice sheet, made up of glacial ice accumulated over land,  is the largest in the world and clocks in at about the size of the United States..

A study published on August 10 in the journal Nature finds that any increase in global temperature that exceeds 2 degrees Celsius (3.6 degrees Fahrenheit) above pre-industrial levels, could potentially cause the EAIS to melt and raise sea levels by as much as 16.4 feet by the year 2500. Keeping temperatures below that 2 degree Celsius threshold would limit sea level rise to less than 2 feet in the same time period. A global increase of 2 degrees Celsius is the maximum climate change goal set by the Paris Climate Accord, but would still have serious repercussions on the planet.

The researchers from Australia, Britain, France and the United States used the sedimentary record to analyze previous warm periods on Earth. They then  compared these findings with recent discoveries, which show potential vulnerabilities in the bedrock and undersea topography where glaciers and warm water interact.

“A key lesson from the past is that the EAIS is highly sensitive to even relatively modest warming scenarios. It isn’t as stable and protected as we once thought,” said co-author Professor Nerilie Abram, from the Australia National University Research School of Earth Sciences in a press release.

[Related: Many glaciers aren’t as thick as we thought.]

“Achieving and strengthening our commitments to the Paris Agreement would not only protect the world’s largest ice sheet, but also slow the melting of other major ice sheets such as Greenland and West Antarctica, which are more vulnerable to global warming,” she added.

While digging through geologic record of the region’s past, the team found that during the mid-Pliocene era (3 million years ago), a part of the ice sheet collapsed and helped raise sea levels by several feet. Temperatures during this era were about 3 to 6 degrees warmer than they are today. There is also evidence that part of the ice sheet shifted more than 400 miles inland approximately 400,000 years ago because of the warming.

According to the researchers in the study, if greenhouse gas emissions are scaled back and temperatures only slightly rise, the EAIS will likely not contribute to sea level rise within the 21st century. However, sea levels will still continue to increase due to losses from other ice sheets in West Antarctica or Greenland.

The study highlights how much work is still needed to find out more about East Antarctica and how it impacts our planet, adds co-author Matt King from the University of Tasmania.

“We understand the Moon better than East Antarctica. So, we don’t yet fully understand the climate risks that will emerge from this area,” said Professor King in a press release.