The Thwaites ‘doomsday’ glacier is on the cusp of disaster

The crucial glacier is retreating at twice the rate that satellites observed, according to new research. 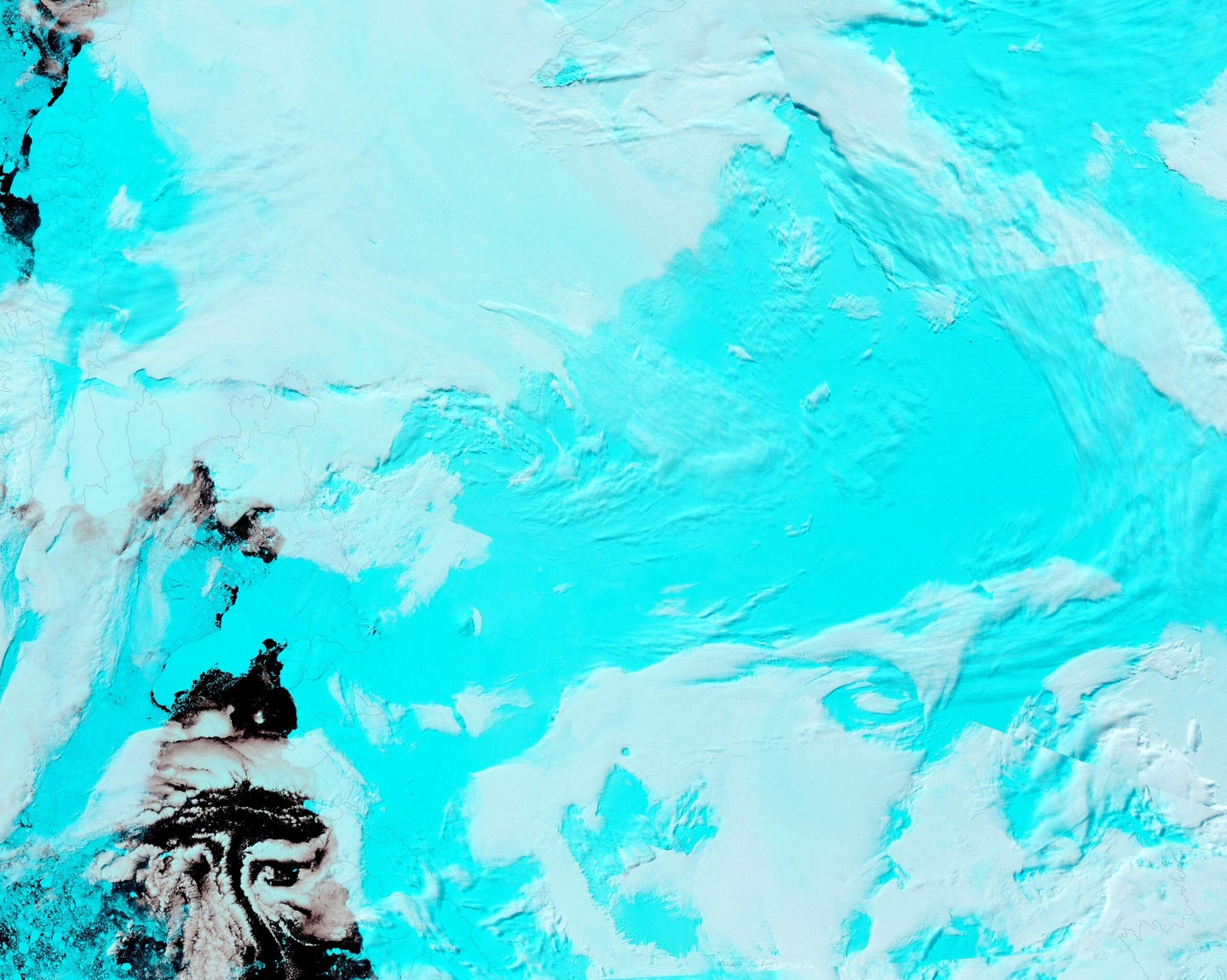 The Thwaites Glacier is in big trouble. Already losing 50 billon tons of ice each year, it accounts for four percent of the Earth’s annual global sea level rise. Often called the “doomsday glacier” due to its potential to raise sea levels by about three to 10 feet if it melts, this glacier in West Antarctica is already in a phase of substantial retreat as the Earth warms.

A new study paints a frightening future picture of Antarctica’s Thwaites Glacier. The study published yesterday in the journal Nature Geoscience finds striking evidence that Thwaites is eroding along its underwater base. Thwaites is part of the West Antarctic Ice Sheet and one of the defining characteristic of this area is that the majority of the ice sheet is “grounded” on a bed that lies below the sea level instead of on dry land. This means that warm ocean currents could melt the glacier from underneath, causing it to destabilize from below. Some glaciers, like those found on mountains, are anchored to dry land, and aren’t affected by warm ocean water.

Scientists mapped a critical area of the seafloor in front of the glacier in high-resolution. This giving scientists a window into not only how fast Thwaites retreated and moved in the past, but what could be in the glacier’s future. The team captured more than 160 parallel ridges in the sea floor that act as a glacier footprint. Thwaites’ leading edge retreated and bobbed up and down with the tide for about 5.5 months.

“It’s as if you are looking at a tide gauge on the seafloor,” University of South Florida marine geophysicist Alastair Graham said in a press release. “It really blows my mind how beautiful the data are.”

What the team found is that over the past 200 years, the base of the glacier dislodged from the seabed and retreated at a rate of about 1.3 miles per year. This is twice the rate that satellites have observed over the past eight years, according to the study.

[Related: The ‘doomsday’ glacier is on the brink of collapse.]

“Our results suggest that pulses of very rapid retreat have occurred at Thwaites Glacier in the last two centuries, and possibly as recently as the mid-20th Century,” Graham said.

The study suggest that Thwaites, which is about the size of the state of Florida, could undergo a rapid retreat one day. Once the glacier retreats past a ridge on the seabed that is keeping it in place, the ice could melt even quicker as it interacts with even warmer ocean water further south.

“Thwaites is really holding on today by its fingernails, and we should expect to see big changes over small timescales in the future–even from one year to the next–once the glacier retreats beyond a shallow ridge in its bed,” marine geophysicist and study co-author Robert Larter from the British Antarctic Survey said in the press release.

A state-of-the-art orange robotic vehicle called Rán, made by Kongsberg Maritime, collected imagery and supporting geophysical data during an expedition to Thwaites in 2019 in a risky and serendipitus mission, Graham says. The TK-size robot mapped an area of the seabed in front of the glacier about the size of the city of Houston, Texas in extreme conditions during the unusual summer noted for its lack of sea ice.

“This was a pioneering study of the ocean floor, made possible by recent technological advancements in autonomous ocean mapping and a bold decision by the Wallenberg foundation to invest into this research infrastructure,” Anna Wåhlin, a physical oceanographer from the University of Gothenburg who deployed Rán at Thwaites said in a press release. “The images Rán collected give us vital insights into the processes happening at the critical junction between the glacier and the ocean today.”

It has been on scientist’s radar for decades, as advances in technology made studying the remote region more feasible. As far back as 1968, Ohio State University glaciologist John Mercer called it a “uniquely vulnerable and unstable body of ice.” Mercer used geologic evidence that West Antarctica’s ice had drastically changed several millennia ago, at times when East Antarctica and Greenland ice sheets had not. University of Maine researcher Terry Hughes famously asked the question that scientists are still asking today in the title of his 1973 paper, “Is The West Antarctic Ice Sheet Disintegrating?”

Today’s scientists still have more questions about Thwaites, but this study shows that ice sheets are not as slow to respond to changes in the climate as they once believed.

“Just a small kick to Thwaites could lead to a big response,” he said.