Boaty McBoatface’s new mission is more serious than its name

The submersible is accompanied by other underwater robots as it heads off into the cold, dark underbelly of the Thwaites Glacier. 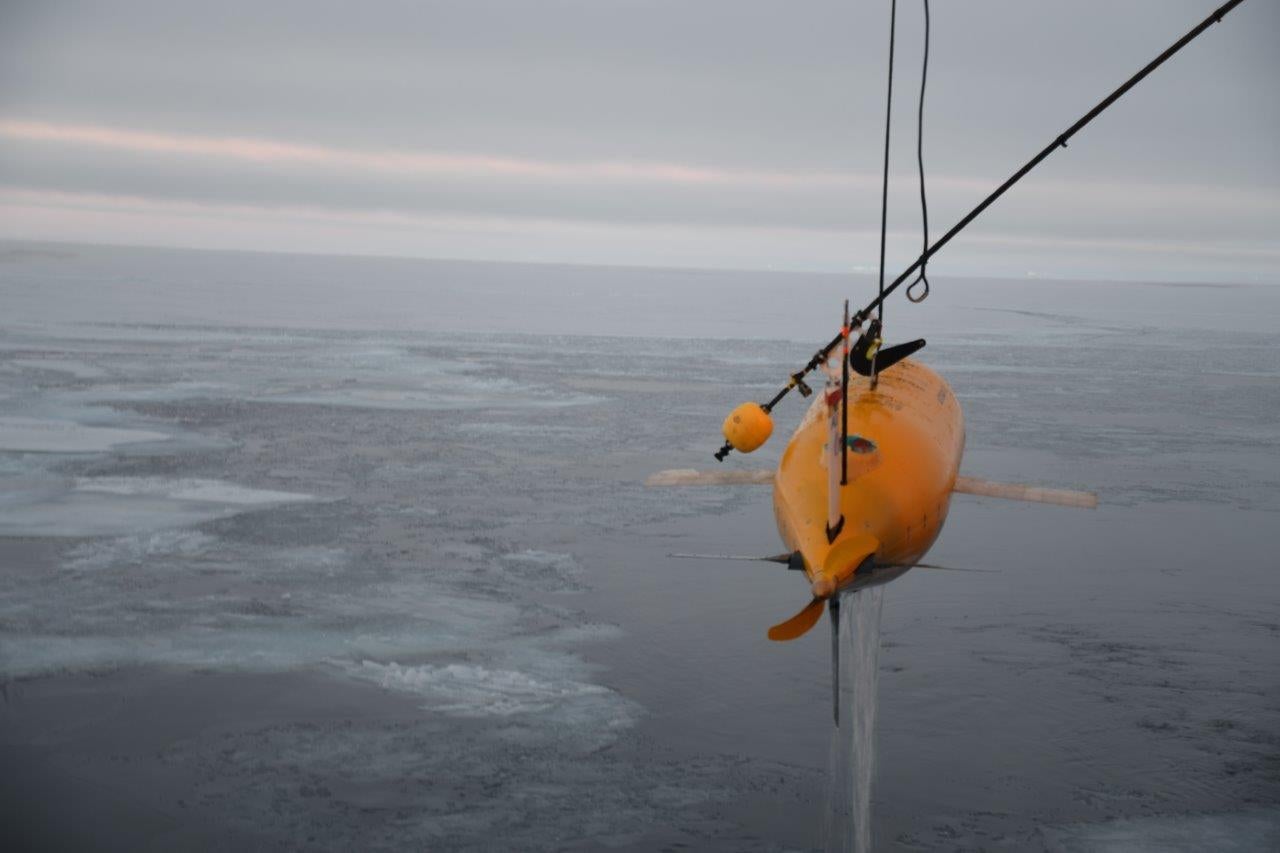 Long, icy days lie ahead for Boaty and other autonomous ocean robots that have set out to study glaciers in Antarctica. The International Thwaites Glacier Collaboration
SHARE

Boaty McBoatface, the comically named autonomous submarine courtesy of a collective internet joke, will be among a fleet of underwater robots dispatched to the underbelly of the deteriorating Thwaites glacier in Western Antarctica.

According to a press release this week by the International Thwaites Glacier Collaboration, the crew of robots—including Boaty McBoatface, the University of Gothenburg’s Ran, and six ocean gliders—are headed out to Antarctica from Punta Arenas, Chile. Once they reach Thwaites, they will wander in and under the ice shelf—illuminating its various cavities, scoping out its geometry—to quantify how it’s melting. They will also assess the environment around the glacier, such as the seafloor below, the thick ice above, and the properties of the seawater flowing in between the different structures.

In a study published in Science Advances last year, the team found that changes in salinity, temperature, and oxygen can spotlight the areas where different water masses mix to influence the melting process at the base of the ice.

[Related: The ‘doomsday’ glacier is on the brink of collapse]

The Thwaites glacier, a Florida-sized chunk of ice nicknamed the “doomsday glacier,” has been losing about 50 billion tons of mass each year (accounting for around 4 percent of global sea level rise). Preliminary research from the American Geophysical Union estimates that in the next three to five years, the thinning ice shelf extending from Thwaites could crumble, setting off a chain of melting events that could raise global ocean levels up to 10 feet. Further research has indicated that the Southern Ocean is warming Thwaites from below, slowly etching a web of cracks across the floating ice shelf.

Boaty’s job is to measure temperature, salinity, current velocity, turbulence, turbidity, and dissolved oxygen in water as it charts a path through the icy underworld. Scientists can then use this data to understand how variations in these conditions affect the behavior and stability of local ice shelves. Another underwater robot, Ran, is in charge of mapping the shape of the seabed, and the expanse of caverns and dimples covering the underside of the glacier. It will also collect samples of water for in-lab analysis.

Boaty, the programmable robotic sub, was developed at the National Oceanography Centre. It travels on its own to great depths on scientific missions under water and ice. As an autonomous long-range vehicle, Boaty can traverse hundreds of miles for several months at a time. It can even venture as deep as about 3.7 miles below the surface. Boaty completed its first under-ice operation in February 2018, when it spent 51 hours beneath the frigid waters of the southern Weddell Sea.

Boaty will not go on this mission alone. A team of 32 international scientists is set to accompany the robot fleet on this 65-day voyage aboard the Nathaniel B. Palmer research ship.

Since Boaty is heading into the unknown, to save it from bumping around in the dark, researchers will aid its navigation from the ship using a command and control system the National Oceanography Centre created that can reprogram Boaty with WiFi over satellite or an acoustic modem.

Working alongside the robots to collect data will be real-life weddell and elephant seals co-opted as moving sensors that will gather information about water temperature and saltiness as they freely roam across the icy ocean.

“This is a massively ambitious mission that we have been planning for several years,” Karen Heywood, a participating researcher from the University of East Anglia, said in a press release. “By measuring the ocean properties in sub-ice shelf cavities, we can understand how the ocean transports heat and what impact this may have on the glacier.”