The real story behind the Biden burger-ban rumor

You can still help the planet by cutting back on red meat. 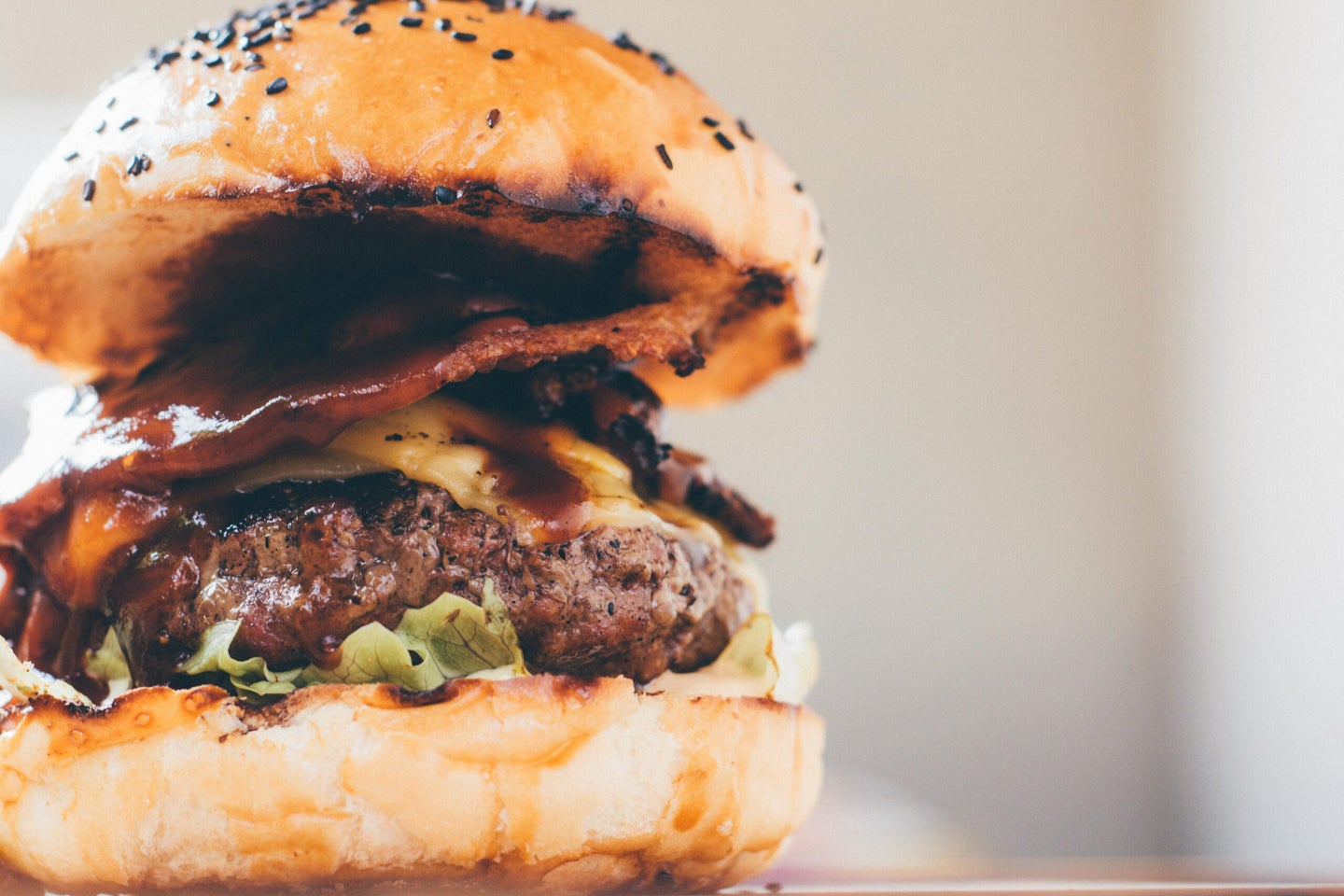 To eat a burger or not is completely up to you. Tioroshi Lazaro from Pexels
SHARE

It’s no secret that modern-day meat production plays a heavy toll on the Earth’s climate. According to the Food and Agriculture Organization of the United Nations, beef and cattle represent a hefty 65 percent of the globe’s total livestock greenhouse gas emissions. And in all honesty, a red meat-heavy diet isn’t very healthy for you either.

Still, that doesn’t mean the government wants to to control your cow consumption. Tgus was the rumor flying around these past few days, after a handful of stories claimed that President Joe Biden’s ambitious climate plan to cut emissions was going to limit people to eating only four pounds of red meat per year.

The Biden climate plan has set a goal for 2030 to chop carbon emissions by 50 percent from 2005 levels, which can be done in a variety of ways, including by targeting fossil fuel-heavy industries like transportation and electricity. But, perhaps not surprisingly, a lot of that goal could be met if people started to switch up their diet, as one study released by the University of Michigan’s Center for Sustainable Systems last year showed. The White House doesn’t mention this as part of its intended policies—but for some reason, a few politicians and news outlets reported it as such. That, in turn, set social media on fire.

“Some folks don’t want to give up their steaks and burgers, and that’s fine,” Diego Rose, a public health professor at Tulane University and an author of the report says. “Nobody’s forcing you to do that. It’s never even in our heads when we do these analyses.”

Here’s what the study that blew up the news this week actually means, and why Biden simply can’t come for your carnivorous cravings.

Reducing meat consumption would take out a chunk of greenhouse gas emissions in the US.

As the fourth-largest greenhouse gas-emitting sector in the US, agriculture pumped out 10 percent of the country’s total greenhouse gas emissions in 2019 and represents an even higher percentage globally. The industry is also tied to 38 percent of anthropogenic methane emissions in the US, a huge chunk of which comes from livestock. And when you consider that red meat, which makes up about 9 percent of our daily calories, emits close to half of our total diet-related greenhouse gases, there’s a lot to be explored when it comes to replacing these intensive menu items, says Greg Keoleian, director of the University of Michigan’s Center for Sustainable Systems and co-author of the report.

In the models where folks ate 50 percent fewer animal products, diet-related greenhouse gases dropped 35 percent from the baseline. And when the hypothetical population gave up 90 percent of beef on top of that, diet-related emissions fell by more than 50 percent.

It’s important to remember that these models are looking at an average American diet. You, personally, may fall into a higher or lower meat-eating level (in fact, the top 20 percent of the US population makes up half of diet-related greenhouse gases), but this kind of data shows just how much impact your food shopping can have. “We can choose what to put in our mouth each day,” says Martin Heller, a research specialist at the University of Michigan and fellow author on the report.

And while the technology is out there to modernize our energy grid and transportation systems, cow farms are much further behind. “There aren’t as many easy ways to make that [methane] go away,” Heller says.

Biden isn’t asking you to give up burgers, but think about it anyway.

While the University of Michigan report posed sustainable solutions through changes in peoples’ diets, Biden’s climate plan calls on agriculture to lower its own carbon footprint through methods like incentivizing regenerative farming, replenishing soil, and ending reliance on fossil-fuel based fertilizers. Some of these practices are already being put to work by farmers across the nation and the world.

“It’s a win-win—for the environment and for our pocketbook,” Loren Poncia, a fourth-generation cattle rancher who has adopted carbon farming practices to enhance carbon sequestration in farmland, told CNBC.

So while there will probably be shifts in farming as we move toward a more climate-friendly future, what you decide to shop for is of your own accord. If you’re in that group of Americans that loves red meat, you now know just how much impact you can have by swapping out that cheeseburger for a veggie one, even if just a few times a week.